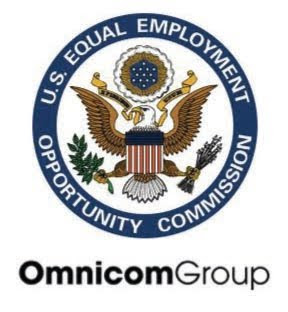 Read the MediaDailyNews article below. A MultiCultClassics commentary immediately follows.

The battle over diversity in adland is heating up again in New York.

The city’s Office of the Comptroller has asked four holding companies — Omnicom, Interpublic Group, WPP and Publicis — to publicly disclose detailed submissions required by the U.S. Equal Employment Opportunity Commission to show just how diverse — or not — their workforces are.

According to a spokesman for the Comptroller’s office — which advises funds with investments in the ad companies — only Interpublic responded.

The Office of the Comptroller, headed by John Liu, is taking the fight directly to the shareholders of Omnicom with a shareholder proposal that would require the company to disclose the EEOC filings that annually report a comprehensive breakdown of the company’s workforce by race and gender across all employment categories. The shareholder proposal suggests that this data be presented either in Omnicom’s annual corporate social responsibility (CSR) or sustainability report, beginning this year.

In his letter to Omnicom chairman Bruce Crawford, Liu wrote: “I am deeply concerned by the underrepresentation of minorities, particularly African Americans, in the advertising industry. These disparities, which can negatively impact individual companies and their communities, persist despite the many diversity initiatives highlighted by the major advertising firms, including Omnicom Group.”

“I am writing to request that the board of directors adopt a policy requiring Omnicom Group to disclose annually the [EEOC report that] details the composition of the company’s U.S. workforce by race and gender across employment categories.” Liu said such disclosure would allow shareholders to “evaluate and benchmark the effectiveness of the company’s overall effort to recruit, retain and promote minorities and women.”

Liu cited a 2009 study that showed that the “racial disparity is 38% worse in the advertising industry than the overall U.S. labor market.” The same study, Liu noted, also found that black college graduates in the business earn 20% less than their “equally qualified white counterparts.”

Liu added that it “is incumbent upon Omnicom to vigorously promote a more diverse workplace. Disclosure is a critical step in this process that will encourage management to integrate diversity into the company’s culture and strengthen accountability to shareholders.”

When Omnicom did not respond to the letter, Liu’s office opted to submit a proposal to shareholders — which according to Omnicom’s proxy materials will be voted on at the upcoming annual meeting May 22 in San Francisco.

The company is urging shareholders to vote against the proposal.

In its proxy statement filed with the Securities and Exchange Commission, Omnicom argued that the EEO data does not account “for any company or industry specific factors. It is designed to yield generalized data across all categories of private employers rather than information specific to Omnicom or comparable companies in the advertising industry.”

As a result, Omnicom said, the EEO data “is neither informative nor is it a reliable measure of our commitment to equal opportunity employment. We do not believe that disclosing it will meaningfully further the goal of workplace diversity. To the contrary, this information, which is susceptible to misinterpretation, could be manipulated by those with interests adverse to Omnicom’s and harm the company.

The company also cited steps it has taken in recent years to promote diversity, including the formation in 2007 of The Omnicom Diversity Development Advisory Committee (“DDAC”) to enhance diversity at Omnicom. It also cited its hiring of a chief diversity officer and the formation in 2009 of the Omnicom Medgar Evers Associate Program, which provides financial support and has created numerous internships and other opportunities for students with diverse educational, socioeconomic, political and cultural backgrounds.

It also cited its G23 group, a strategic insights organization founded in 2008 that focuses on the economic and social impact of women in the global economy.

A source at the Comptroller’s office said those efforts were commendable, but that “without some transparency and data, there’s no way to know if the efforts are effective or substantive.”

Meanwhile, “the door is open,” at IPG for a potential dialogue, the source added — but declined to elaborate on what IPG said in its response. IPG officials couldn’t be immediately reached for comment.

It was unclear how the city would approach WPP and Publicis — which, like Omnicom, did not respond to letters from Liu. But given that the companies are both based outside the U.S., the New York Comptroller’s Office does not have standing to offer shareholder proposals.

The Omnicom response and recommendation to its shareholders is nothing short of obscene.

“We do not believe that disclosing [the EEOC information] will meaningfully further the goal of workplace diversity. To the contrary, this information, which is susceptible to misinterpretation, could be manipulated by those with interests adverse to Omnicom’s and harm the company.” Leave it to adpeople to be concerned about someone manipulating the truth.

And what’s with the defense featuring all the patronizing smokescreens?

The holding company proudly created The Omnicom Diversity Development Advisory Committee. Um, what do the committee members have to say about concealing the EEOC information?

The holding company hired a Chief Diversity Officer. Um, what does Tiffany R. Warren have to say about concealing the EEOC information?

The holding company launched the Omnicom Medgar Evers Associate Program. Um, what do program participants have to say about concealing the EEOC information?

The holding company sends money to ADCOLOR®. Um, first of all, Omnicom hired the organization’s founder (Warren), so of course it’s going to fund the minority enterprise. But what do ADCOLOR® Award Winners have to say about concealing the EEOC information?

The holding company points to its Diversity Initiative Group. Um, what do the groupies have to say about concealing the EEOC information?

Hey, what does the diversity-loving PepsiCo client have to say about concealing the EEOC information?

Most importantly, what does concealing the EEOC information say about Omnicom?
Posted by HighJive at 12:22 AM

Omnicom is using TIffany Warren as a human shield & a puppet on the chess board. Shes black but her bosses are white, Im 99% sure she will defend Omnicom and tout her ADCOLOR. They will use her to conceal the EEOC information and at the same time defend the very same holding company that refuses to hire blacks. That is the epitome of an Uncle Tom. Omnicom hired TIffany for one purpose which is to defend them in moments like this, she was not hired for "diversity". She is a pawn.