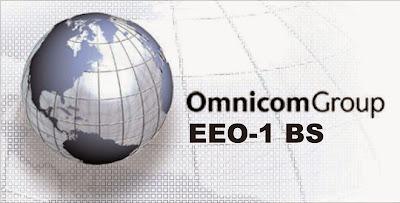 A MultiCultClassics visitor pointed to the Omnicom Group 2015 Annual Meeting of Shareholders held on May 18 in Lakewood, Colorado. The associated report featured a particularly pathetic passage on page 45:

RESOLVED: Shareholders request that the Board of Directors adopt and enforce a policy requiring Omnicom Group Inc. (“Omnicom,” or the “Company”) to disclose its EEO-1 data – a comprehensive breakdown of its workforce by race and gender according to 10 employment categories – on its website, beginning in 2015.

The advertising industry, of which the Company is a part, is characterized by the persistent and pervasive underrepresentation of minorities, particularly in senior positions. A recent study entitled, “Research Perspectives on Race and Employment in the Advertising Industry” (Bendick and Egan Economic Consultants, Inc. 2009), found that:

• Racial disparity is 38% worse in the advertising industry than in the overall U.S. labor market;

• The “discrimination divide” between advertising and other U.S. industries is more than twice as wide as it was 30 years ago;

• About 16% of large advertising firms employ no Black managers or professionals, a rate 60% higher than in the overall labor market; and

• Black managers and professionals in the industry are only one-tenth as likely as their White counterparts to earn $100,000 a year.

Numerous studies have found that workplace diversity provides a competitive advantage by generating diverse, valuable perspectives, creativity and innovation, increased productivity and morale, while eliminating the limitations of “groupthink.”

In opposing this proposal when previously presented, Omnicom agreed “that workplace diversity creates value for the Company and fosters a positive corporate culture,” according to its 2012 and 2013 Proxy Statements. The Company emphasizes its commitment to recruiting, retaining and promoting minorities and women, and its website points to a set of specific initiatives. But without quantitative disclosure, shareholders have no way to evaluate and benchmark the effectiveness of these efforts.

Federal law requires companies with 100 or more employees to annually submit an EEO-1 Report to the Equal Employment Opportunity Commission. The report profiles a company’s workforce by race and gender according to 10 job categories, including senior management.

Disclosure of the Company’s EEO-1 data would allow shareholders to evaluate the effectiveness of its efforts to increase the diversity of its workforce throughout its ranks, and at minimal cost. In addition, we believe full disclosure of the Company’s EEO-1 data would drive management and the Board to pursue continuous improvements in the Company’s diversity programs, fully integrate diversity into its culture and practices, and strengthen its reputation and accountability to shareholders.

We urge shareholders to vote FOR the proposal, which received support averaging 30% of votes cast in 2012 and 2013.

This is neither new nor news. New York City Comptroller John Liu and Sanford Moore continue to demand that Omnicom literally and figuratively reveal its true colors. And Omnicom continues to deflect accountability via spokespuppets of color.

The response to the proposal demonstrated classic dodging, deferring, denying and delegating diversity. The Board of Directors unanimously recommended voting against the proposal, pointing to all the clichéd, contrived and conniving crap as proof of progress.

Other types of propagandistic smokescreens include colorblind committees, minority scholarships, inclusive internships and tax-deductible donations to ADCOLOR®—which happens to be the pet project of Omnicom’s SVP CDO. Why, the holding company even has a special “strategic insights organization” focused on equality for White women.

The report went on to state, “The proposal requests release of information that would not be informative and could harm the Company.” Why would an enterprise employing Directors of Diversity and Chief Diversity Officers, utilizing diversity committees, offering diversity scholarships and internships, paying diversity donations to ADCOLOR®, spiking diversity numbers with White women and running under the guidance of a Pioneer of Diversity be so afraid of displaying its actual diversity?

The agencies within the Omnicom network are always quick to hype positive ROI. What’s the return on investment for the numerous diversity initiatives bankrolled by Omnicom?

There should be no end to the horrible things that happen to Tiffany Warren.

To willingly partake in the boldface lie that Omnicon gives a whit about adding people of color to its agency roster is something worse than evil.

She either hates herself or just black people in general.

How is ethically or legally possible that Omnicom pays for, controls and shares offices with ADCOLOR, then gets to use ADCOLOR's awards to itself as an example, in the shareholder report, of how "committed to diversity" they are?

Isn't that the equivalent of a shell corporation?

Heres the kicker. If you all know this on this forum, so does she and the entire industry. The majority of people shouting for diversity are often times double agents. Yes "master" within at the agency walls and their white friends and then militant and pro black when at job forums and bootcamps and speaking to the youth about "opportunities" in advertising. These people are often the worse people you come across in the advertising industry.

But in general there are few agencies out there in general that support diversity. Many have "diversity programs" & officers . Many of these "programs" and people are fronts & fakes. Agencies will still continue to do what they want and hire who they want unless someone actually holds them accountable. Don't believe me, hold a contest for 1 million dollars to the first "diversity officer" to disclose not just "numbers" but names of individuals and their roles held at these agencies. I bet none of these "diversity officers" would step forward. One black diversity officer told me flat out she's faking it until she makes it, and doesnt want to see change because she needs a job. These are same people who you think are fighting with you in the daylight, in the night they are your worst enemies, because you cant see them. Meaning, when the cameras are flashing everybody sings the diversity song, but at night and behind closed doors these very same people are that don't want to see diversity happen and most of the times these people are BLACK!!!!!!

$69k. That’s what it precisely costs Omnicom and the other holding companies to block outside entities like the NYC Comptroller’s office and shareholders from inquiring about the ad industry’s dismal hiring record of people of color.

The beauty of open records is that it reveals exactly who’s behind a non-profit. So you can see that in 2011, Adcolor, i.e. Omnicom, paid Tiffany Warren $44,475 to stand in front of them. $58k in 2012, and $69k in 2013. Pretty cheap, all things considered. Each holding company kicks in some funding for Adcolor as a whole, and then awards themselves prizes that help justify to their shareholders just how “diverse” they supposedly are. Nice racket. Hope it's worth it to them.

So in a nutshell your telling us the people in charge of fixing diversity are the very same ones hiding their own hiring records from the public. If thats not corruption I don't know what is. Brilliant!!!

How they hell could you have all these initiatives and resources dedicated to fixing diversity and still be failing in diversity as a industry at the same time.

Dig a little and you'll find that most of the funding for all of those traces right back to Omnicom and IPG.

It's almost as if Omnicom and IPG figured out that it was faster and cheaper to throw some $$$ in tax write offs at these "initiatives" than to take steps to actually address the lack of any diversity in their agencies on a grand scale.

I mean, who wants to actually take steps to hire black professionals at hundreds of agencies nationwide when you can host dead-end scholarships and bootcamps and mixers and career fairs for a decade at a few thousand bucks a pop in one or two cities, and no one will ever call you out on it?

$69k is a cheap way of blocking a lawsuit from Cyrus Mehri, by doing the bare minimum.

Question: If Tiffany Warren is working 40 hours a week for Adcolor and earning $69k, as reported in the public tax filings for 2012 and 2013, then what time does she have left over to be the Chief Diversity Officer for Omnicom Group?

Either someone's lying to the IRS, she's Superwoman, or she's not putting any time in at all at Omnicom. Which explains why there's never any progress in diversity hiring.

Or Omnicom and Adcolor are one in the same, in which case Omnicom really IS just using it as a front to get out of reporting EEOC records to shareholders.