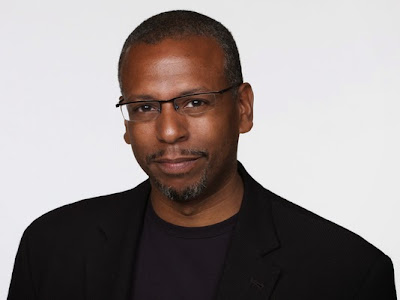 The percentage of underrepresented minorities who work for tech giants is in the single digits.

The lack of diversity isn’t just harmful for underrepresented minorities themselves. It actually hurts the bottom line.

Diverse organizations make better decisions. People from varied backgrounds and experiences bring different perspectives to the table on everything, from which products and services to develop to how to market them across the world.

And the lack of minorities in tech companies puts them out of step with their own users.

With the United States heading to a majority-minority position by 2043, diverse views are more integral to businesses decisions than ever.

So what’s lurking behind these abysmal numbers and what can companies do about it?

The cause is more hidden and therefore more difficult to solve. It’s an unconscious partiality that we all have toward those who are similar to us, called an affinity bias.

Unconscious affinity bias has an evolutionary purpose. It’s hard-wired into us as part of our survival instinct.

At earlier times in our history, if an object coming up the path looked like you there was less chance that it was a hostile animal or tribe member who might kill you.

But, in the present day, the bias has enormously harmful consequences.

A telling example is a 2004 study published in the American Economic Review finding that applicants with white-sounding names received 50% more callback interviews than those with African-American-sounding names.

Even if you’re only slightly, subtly biased, over time the effect compounds and eventually you end up with a closed caste.

You hire people who are like you, they do the same, and so on. Ultimately, your organization looks just like Google and other technology companies, with very few employees from outsider groups.

What can be done to counter a bias that we don’t even know exists?

The answer lies in making the unconscious conscious. We need to convince people the bias is happening and that it has consequences that are counter to their interests.

Easier said than done, though.

Bias carries a serious stigma in our society. That’s why education and outside pressure must be applied to bring the issue into the forefront of public discourse and convince companies to take preventative measures.

The truth is you need both positive and negative pressure, inside and outside organizations, to make change.

In March 2014, Jackson called on the top tech companies to release their employment demographics. By the end of July, most of them caved to the pressure and publicly exposed the lack of diversity in their ranks.

And in September, Google announced Unconscious Bias at Work, an internal education program designed to create a “more aware” Google.

The entire workshop is available for viewing on YouTube, and Google says that more than 26,000 employees have attended a session. Hopefully, Google’s competitors and collaborators will follow suit.

But awareness is only the first step.

Next, you must employ tactics to ensure that employees hire without regard to color, gender, age, sexual orientation, appearance, class, or any other non-merit-based characteristic.

But how do you get rid of a bias that isn’t conscious?

Utilize a blind review process. Human resources should white label each incoming resume so that hiring managers only see: Applicant A, Applicant B, and so forth, ensuring that non-white-sounding names don’t work against applicants.

Blind review can even extend to the in-person interview stage. Transcripts can be made of recorded interviews and parties that didn’t attend the interview can review the transcripts in a blind fashion similar to the resume review.

Another tactic is to employ a consistent questioning framework in every interview. Asking the same questions in the same way of every candidate enables the reviewer to evaluate answers objectively.

In addition, cronyism must be combated throughout the hiring process.

According to a survey conducted by the Public Religion Research Institute, 75 percent of white Americans have “entirely white social networks.”

Before you start reviewing applications, you have to make sure you have a diverse pool of potential candidates. And companies should mandate that multiple employees be involved in every stage of review so that favoritism doesn’t pollute the process.

The road to eliminating unconscious bias from hiring and making the tech giants resemble their users is a long one. There isn’t a singular magic solution.

But keep in mind that just a few years ago, there was zero conversation about the issue. Now, initiatives like Jackson’s and Google’s are bringing people together to discuss and shed light on the topic.

Change is in the air. And that’s good for everyone — minorities, majorities, consumers, businesses, and society at large.

Hank Williams is a tech entrepreneur who is founder of Platform, a non-profit organization focused on diversifying the innovation economy, and CEO of Kloudco a cloud storage and data management platform.