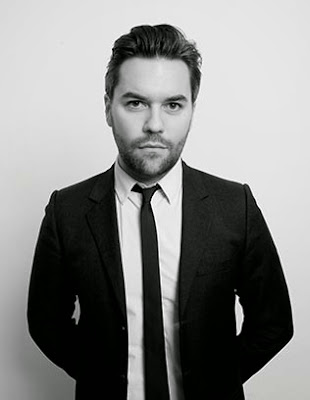 Adweek published a perspective from Grey London CCO Nils Leonard—Why the Perfect Modern Creative Is Fierce, Fearless and Female—that reads like a love sonnet to women in the creative department. Talk about patronizing pap bordering on sexual fantasizing. Not sure what inspired Leonard to bare his heart and soul with such passion—he’s probably seeking to hook up with female CDs in his agency. “The perfect modern creative is a woman,” Leonard declared before explaining, “Because we have enough men, and men like it the way it is right now.” Actually, we have enough White men—it’s important to make the distinction. Leonard is hopefully delivering on his daydream by hiring and promoting women to positions of power. And hey, while he’s at it, maybe he can recruit some people of color too. The “new face of great work” shouldn’t be singular, but plural, no? Pretty boy Leonard should consider that idea. 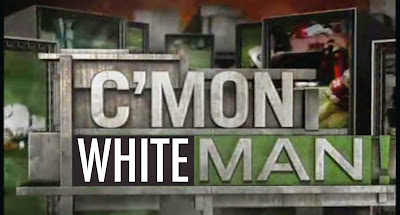 Why the Perfect Modern Creative Is Fierce, Fearless and Female

The new face of great work

The perfect modern creative is a woman.

Because we have enough men, and men like it the way it is right now.

She will seek change.

And her finest qualities will be frustration and discontent.

The perfect creative presumes that the people around her are talented and want to contribute. And accepts that without meaning to, the company, the process and even she is stifling the work and its ability to be brilliant in some way.

She won’t have come from a school that teaches advertising, and she certainly won’t understand why we structure companies like we do.

When producing a piece of work, she won’t ask herself, “Who can I get to do this?” but will instead ask, “How can we make this happen ourselves?” Because she will have grown tired of agencies making themselves dependent.

This girl gets that none of us are as smart as all of us. She won’t believe that her own insight, emotional intelligence and passion are enough to make greatness happen and will draw excellent minds to her. But although she will create her best work through collaboration, she will understand the violent, urgent need to disappear on her own, the pressure all hers, at the critical moment to crack the brief. And she won’t allow history, pay grade, job title or age to stop the candid conversations that will ultimately make the work special.

She will not only accept change, but understand that there might be someone new at the table next to her every day, and will use lunch in beautiful places to make these new disciplines powerful in the mix.

She is a thief of new technologies.

A murderer of trade unions and waiting lines.

A radiator of energy and believer in the genius of 3 a.m. tequila, when it all matters a little too much.

She won’t be ashamed to create things that sell stuff to people because she will have found a way to do it that people enjoy.

She and her workplace will not be invisible. She is no shadowy wizard.

She will work in a place that people in the real world are happy exists.

And her name will be known to people’s mums, readers of Adweek and subscribers of Wired alike.

She will never be 100 percent sure, and she’ll be OK with that, because she’ll have the energy to convince others to take the risks that great work demands.

She will spend her time focusing less on the kerning in a poster and more on how to get the right people to collide powerfully, because agencies are filled with reasons not to say the right things to each other.

A great creative won’t work in a department. She will have a crew.

An understanding that goes beyond the culture of an agency.

And she will maintain and create the rarest entity in our game—trust.

She won’t just set the agenda on the work, but give the agency a true north. And will not only give other creatives a purpose, but make everyone who brings great things to bear a chance to shine.

A great creative will give her people defining moments. Then push them to move past them.

And like all star players, she will always be on loan. Never yours.

One day, the perfect modern creative will have enough of us.

Because ultimately she will want to create something sacred for herself.

And she will go and do it.

And we will love her for it.