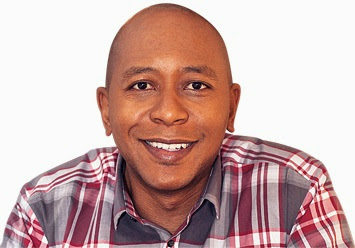 At Campaign, Ogilvy & Mather South Africa CEO Abey Mokgwatsane presented the “three macro drivers contributing towards a very vibrant South African ad industry: talent diversity, digital migration and the changing role of South Africa as a gateway to the rest of Africa.” According to Mokgwatsane, “As it stands, only 42 per cent of the talent in the industry is of African and Indian origin; this percentage drops to 22 per cent at a senior level.” Wow, even the nation with one of the worst reputations for racism still beats out the U.S. ad industry when it comes to Black representation in the field.

Three macro drivers are contributing towards a very vibrant South African ad industry: talent diversity, digital migration and the changing role of South Africa as a gateway to the rest of Africa.

It’s appropriate, however, to start off with the fact that the industry has just celebrated its best work at the 36th annual Loerie Awards. We have a dynamic creative industry that has always punched above its weight.

This ability comes from living in one of the most diverse nations in the world. South Africa has 11 official languages and a society that spans the entire income distribution range. This brings me to the first macro driver: diversity.

Diversity is one of our biggest challenges. This is not just an advertising industry challenge – most of corporate South Africa is under sustained pressure to ensure that more people of African, Indian and other origins who were previously excluded from the productive economy are included to ensure our sustainable development. While there is an economic imperative to address this issue and increase the talent pool, the South African government is also soon to legislate to accelerate diversity in the industry.

As it stands, only 42 per cent of the talent in the industry is of African and Indian origin; this percentage drops to 22 per cent at a senior level. The industry has to increase African and Indian talent while ensuring that it has effective development programmes for people to progress through the ranks to redress the impact of South Africa’s past.

Digital migration is also at the top of every agency’s agenda. While Africa lags behind the rest of the world in terms of digital adoption, digital media is the fastest-growing media segment. This growth has resulted in global marketing services groups snapping up digital shops in South Africa (four major acquisitions this year already), agencies building digital resources organically and/or purchasing digital shops themselves. This trend will continue.

Finally, the African continent is the last bastion of global growth with an increasingly affluent and untapped market. South Africa has always been the gateway into the rest of Africa. As economies in the rest of the continent develop, South Africa’s position is beginning to be challenged. More global companies are basing their operations in other countries and agencies have followed suit as clients require more effective local insights. The South African industry needs to reframe its role if it is to retain its leadership and relevance on the continent.

The country that gave us Apartheid has open and honest conversations about diversity in advertising.

Meanwhile the all white American advertising industry colludes with Toyota to film "multicultural" campaigns on slave plantations, and pass it off as authentically black.