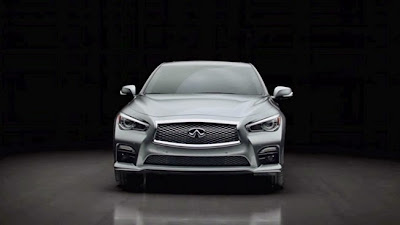 Adweek reported Infiniti selected Crispin Porter + Bogusky as its new White advertising agency. No word yet on non-White duties. Whatever happened with the multicultural enterprise Omnicom invented for Nissan in 2008 to comply with the automaker’s requirement for certified minority ownership? To date, CP+B has only demonstrated certifiable cultural cluelessness.

Infiniti, in a long-running review that lived up to its name, has selected Crispin Porter + Bogusky to lead its global creative efforts, according to sources.

Crispin, a unit of MDC Partners, succeeds Omnicom Group’s TBWA, which had handled the business since 1998. Crispin referred calls to Infiniti, which had no immediate comment. But sources said that the automaker had told the remaining contenders of its decision.

Account revenue is estimated at $30 million and in term of media, the brand spends around $450 million annually, according to Infiniti’s initial request for proposals.

In its final stages, the review became a battle among relatively small agencies, some of which have scant or no presence outside the U.S. For example, one contender, Goodby, Silverstein & Partners, currently operates only in America and would have opened offices overseas to service the account. Likewise, Crispin is partnering with recently acquired sister shop The House to meet Infiniti’s geographical needs.

Sources previously identified the other contenders as Anomaly and Bartle Bogle Hegarty. Infiniti executives briefed Anomaly but the shop exited before final presentations last month, sources said. And after those presentations, the execs narrowed their focus to Crispin and Goodby.

Even before Infiniti, the luxury division of Nissan, hired Roth Observatory International to manage its search in the spring, the car company had talked to agencies interested in its business. In fact, sources said that those conversations began late last year.

The stakes are high for Infiniti, which has ambitious growth plans but whose U.S. sales lag far behind brands like BMW, Mercedes-Benz and Lexus. Through the first nine months of 2015, Infiniti ranked seventh among luxury marks in the U.S., with unit sales of just 84,880, according to Autodata Corp. In the same period, market leader BMW sold 236,591 vehicles, slightly ahead of Mercedes, at 233,210 units, and Lexus, at 220,683 units, Autodata reported.

In its rfp, Infiniti said its goal was to be a “provocateur that owns the future of the premium car category by winning the hearts of young-minded premium consumers [though] seductive styling, attitude, exhilarating performance, emotive design and intuitive technology.” Well, now the company has a new agency to take up that charge.