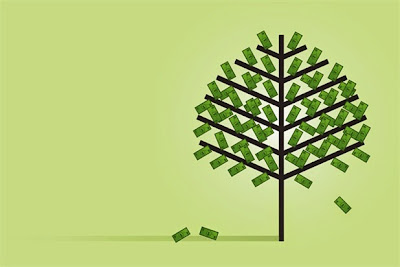 Campaign reported on the high price of talent turnover for advertising agencies—with shops poaching employees, elevating salaries when luring people who worked on the latest hot campaign and failing to properly train staffers. Agencies love to talk about diversity. Yet far more time, money and resources are put towards exclusivity. Hey, maintaining the predominately White male status quo is expensive. The Campaign story even touched on exploding digital salaries, which are arguably fueled by traditional advertising agencies’ ignorance in the digital arena. There is growing data to prove that the industry’s discriminatory hiring practices are not only outdated, but also putting us out of business. As always, no one has the courage, conviction or common sense to do the right thing. Instead, the cost of cultural cluelessness keeps rising.

Poor staff retention rates can be expensive, and agencies must try harder to hang on to their star players. John Tylee reports from the IPA Adaptathon.

The high cost to Britain’s agencies of their failure to retain staff has been laid bare at an IPA symposium, which also heard a plea from the organisation’s president for the industry to form a united front in order to become a talent magnet.

Ian Priest’s call to end a destructive industry war, in which costs have spiralled as agencies poach the best talent from each other, came as he pointed out that the churn among agency staff currently averages 30 per cent a year.

This is 20 per cent more than the average across British industry as a whole.

Speaking at the IPA Adaptathon, the VCCP founding partner acknowledged that adland’s staff retention record was “pretty bad”, adding: “We need to act together to attract talent – and we need to co-operate better as a group to celebrate that talent.”

Figures revealed at the Adaptathon show high turnover is having a major impact, costing the advertising and media industries an estimated £184 million a year.

The research also suggests that, as well as the disruption caused when senior staff depart, it can take up to 20 weeks for a replacement to fully get to grips with the job. It is calculated that the cost of replacing a middle manager can be up to 150 per cent of their annual salary. For senior managers, the figure can be between 200 and 400 per cent.

Sydney Hunsdale, a consultant and the former chief financial officer at VivaKi EMEA, warns: “[Staff] turn-over is the biggest financial drain on our business. We don’t perform to the level we should because people are going out of the door. We steal from each other and have to pay more each time we do so.”

Another expert warns that throwing money at staff isn’t the answer. Max Blumberg is the chief executive of a group of consultants working to improve organisational performance. He says: “Most people overestimate the importance of compensation on an employee’s performance. Doubling somebody’s salary doesn’t double the level of performance. It’s more about creating an attractive working environment. That includes providing the latest cool technology for younger staff.”

The battle for talent is particularly fierce in the digital sector, where a limited supply of expertise is driving up agency wage bills. Four out of five companies report difficulties in attracting data analysts, according to Juan Mateos-Garcia, a research fellow at the charity Nesta. He says the problem has been made worse by data specialists often not having the right skills mix: “It’s not just another IT job.”

He adds that it is difficult for would-be employers to pick the winners because they have no experience in the field: “How do you evaluate people? Can they actually do what they say they can? How can you assess them when you haven’t done it yourself? Also, there’s a need to change the perception of data jobs as being uncreative and boring.”

As social media now enables agencies’ employee relations to be revealed to all, Blumberg urges agency chiefs to be “hands-on” and transparent in their actions.

Agencies also needed to map out career paths for all their staff, not just potential leaders, and Hunsdale suggests agency HR departments are spending too much time on hiring and not enough on education and training.

And, according to Sarah Baumann, Leo Burnett’s group talent strategy director: “Creatives need as much training as account handlers.”

Hunsdale adds that it is also important for agencies to recognise that younger staff are eager to have their basic salaries augmented by “risk” bonuses that reward innovation. “Agencies with higher retention rates consistently outperform those with high turnovers,” she says. “See what motivates your employees and feed that motivation. You have to set goals to reduce turnover – and managements have to be held accountable for this.”