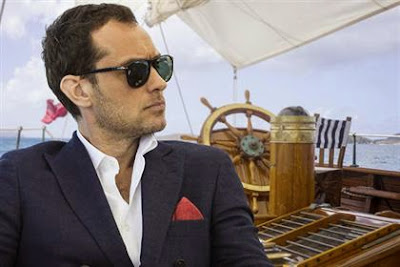 BrandRepublic reported Johnnie Walker launched a review for its global advertising account, currently with Bartle Bogle Hegarty. Old-School Adman Sir John Hegarty must be irked, as the client has recently tapped non-traditional agencies like Anomaly to produce awful videos starring Jude Law, unintentionally diluting the overall brand image. If Anomaly becomes a contender in the competition, it mostly proves that generating breakthrough creative is not the primary goal of the pitch. It also shows that the industry is in a truly fucked-up state.

The process is at an early stage, with the company having just sent out requests for information.

Bartle Bogle Hegarty has held the business since 1999 and said it would “vigorously defend” the business. BBH was responsible for the “keep walking” strapline that has run in more than 100 markets since 2000.

Diageo is handling the process itself and has contacted a closed shortlist of agencies, including BBH, to participate.

Guy Escolme, the global brand director at Johnnie Walker, said: “The brand’s relationship with BBH has been hugely successful, with the agency producing award-winning work of outstanding creativity.

“As the market leader, Johnnie Walker feels the time is right to invite selected agencies, including BBH, to look at how we take the brand forward into the future.”

The whisky brand also works with other agencies; for example, Anomaly New York created “the gentleman’s wager”, which features Jude Law dancing and was directed by Jake Scott through RSA Films.