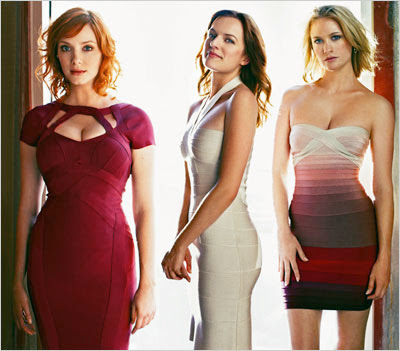 At Campaign, Claire Beale wasted Web space commenting on Grey London CCO Nils Leonard’s pathetic Ode to Female Creative Directors recently published in Adweek. Beale claims the percentage of U.S. female creative directors is up to 11.5 percent, which flies in the face of cheerleaders from The 3% Conference. Could Beale’s factoid be a mistake, recording the increase in awards won by female CDs versus actual female CD bodies? Regardless, what’s most amusing is Beale’s wrap-up statement on awards, where D&AD pencils are saluted with high reverence, and “yellow and black still rule.” Okay, but in the advertising industry, the underrepresentation of Blacks is worse than ever and Asians are only at 2.95 percent—so Yellow and Black don’t rule—which makes Kat Gordon and her 3% crew even more pathetic and shameful.

Gender always causes a stir, no less so in adland

There’s been an awful lot of heat generated over the past week about a piece written in Adweek, by Grey’s newly promoted chairman Nils Leonard, on the subject of the creative of the future.

The first line of the article doesn’t help, though: “The perfect modern creative is a woman.” Quite a few people have objected to that, plenty of them women. Any blueprint for the creative of the future should take gender out of the equation, because being male or female is irrelevant to how good you are. It’s just that it might not be irrelevant to how good you are allowed to be.

Anyway, there’s not much wrong with the ensuing picture painted of a collaborative, inspiring and inspired creative, though I reckon brilliant creatives should reserve the right to fight doggedly for ideas they really believe in and sod collaboration sometimes. And if the pronoun attached to this fantasy creature is “she” rather than the default “he”, should that be a problem?

I do know that the brilliant Cindy Gallop thinks it’s spot on and read the article out to an audience at Advertising Week in New York, where it received deafening applause. And I know that some women find it benevolently sexist and utterly patronising.

Whatever your view of the issue, it’s worth noting that the number of female creative directors in the US is now up to 11.5 per cent — from the original 3 per cent stat nine years ago. That’s an increase of more than 300 per cent. But it’s still awful and progress is actually painfully slow.

The other thing to note is that Grey London is producing far better creative work now than it was under the old regime. There are lots of reasons for that, but there’s no doubt that better creative talent — plenty of whom happen to be female, including Vicky Maguire and Hollie Newton — has made a big difference. The formula is working.

A D&AD Pencil is a rare thing, a marker of excellence in the craft of creativity like no other. It’s quite hard not to win a Lion if you’re any good. It’s very hard to win a Pencil, even if you’re great. Except now it’s less hard, because you can win a wood or graphite one. This sounds like a bad thing, but I don’t think so. D&AD seems shy to say it, but the new Pencils will (hopefully) help the organisation make more money from selling tables at its awards, which it will plough back into nurturing creative talent. That’s important, and yellow and black still rule.