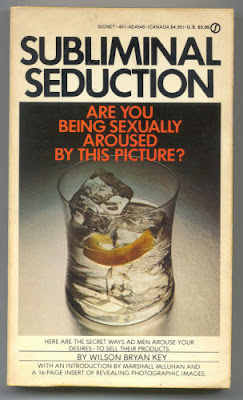 In 1974, Wilson Bryan Key published Subliminal Seduction, exposing the sexual symbols or objects advertisers allegedly used in secrecy to attract and manipulate consumers on unconscious levels. Prior to Key, Vance Packard also accused advertising practitioners of employing psychological and subliminal tactics via the 1957 publication of The Hidden Persuaders. Despite the classic books’ contentions—as well as arguments made by numerous related books, articles and reports produced over the years—there is little evidence of advertisers deliberately and successfully executing the insidious schemes.

However, no one ever spotlighted a phenomenon that has absolutely been happening in the advertising industry since its very beginning: Subliminal Inequality.

Subliminal Inequality covers the ways in which the industry’s leaders and managers with hiring authority have maintained White exclusivity despite decades of alleged commitment to equality. Most importantly, the discriminatory tactics persist without any negative backlash or responsibility being assigned to Whites in the industry.

• Believing minorities are not aware of the opportunities

• Delegating diversity to cheery minorities with no authority

• Blaming Jesse Jackson for anything

How can you prove Subliminal Inequality happens? For starters, White agencies continue to flourish and get off scot-free—feigning concern and dedication to change—even though Black underrepresentation is actually worse today than ever. For a field measured by results and ROI, this factoid alone is grounds for immediate termination.

To conclude, with Subliminal Inequality, minorities get fucked. It’s as plain to see as obscene images in ice cubes.