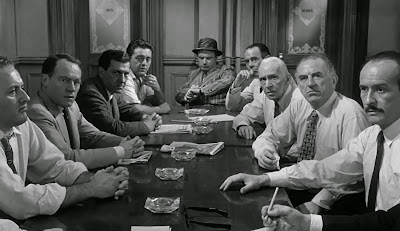 Adweek reported on Old White Guys being replaced by new Old White Guys at major agencies in the past year (technically, JWT hired an Argentina-Born Guy to replace its Old White Guy). Not surprisingly, there are always plenty of qualified White candidates exclusively available.

Is Yet Another Global Creative Shop About to Name a New CEO?

5 agencies have found new leaders in the past year

Is there yet another high-profile agency executive change coming?

That number increases over the past two years, including the exit of Draftfcb’s Laurence Boschetto and McCann Worldgroup’s Nick Brien.

It is unusually high turnover, with some of the current changes generational; Bernardin, Roberts and Jeffrey are all in their early to mid-60s. Still, some wonder about the mounting pressures on casting at the top of networks being remade by technology. “There’s a transformation in the business that is making it difficult for this generation of executives to stay up [in the business],” said John Challenger, CEO at executive recruiters Challenger, Gray & Christmas.

It remains unclear who would be in line to replace Bernardin, with Publicis Groupe dismissing speculation about his departure as a “silly rumor.”

Technically, the Argentina born guy goes to great lengths to tell everyone he was born there, but raised in Spain so he's really Spanish and European. His own words. So you just have another garden variety white guy.