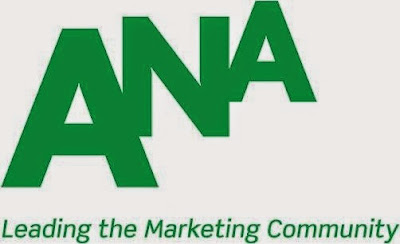 The New York Times reported the Association of National Advertisers is on a merger tear, planning to acquire the Business Marketing Association. In May, the ANA picked up the Brand Activation Association. Wow, it’s just one blockbuster deal after another. Publicis Groupe Chairman-CEO Maurice Levy must be green with envy—but he vehemently refuses to comment on it or any other merger-related incident. Plus, it’s yet another opportunity for ANA President and CEO Bob Liodice to build troops for the Army to Advance Industry Diversity.

Association of National Advertisers to Acquire the Business Marketing Association

For the second time in five months, a venerable marketing trade association is acquiring another.

The Association of National Advertisers in New York, founded in 1910, has agreed to acquire the Business Marketing Association in Naperville, Ill., which was founded in 1922. The two associations are announcing the agreement on Friday morning.

And the Association of National Advertisers, which has more than 630 member companies, represents business-to-consumer marketers, the firms that sell goods and services to the public.

The deal, for undisclosed financial terms, is being announced during the annual conference of the advertisers association, which began on Wednesday in Orlando, Fla., and is to continue through Saturday. The conference, called the Masters of Marketing, has set an attendance record, with more than 2,800 registered attendees.

Although “giving up your independence is emotional,” Steve Liguori, chairman of the Business Marketing Association, said in a phone interview from the conference on Thursday, “the A.N.A. can help us because of its scale and breadth.”

“The A.N.A. reached out to us several months ago and said, ‘We want to be all things marketing,'” Mr. Liguori said. “We’ve got the passion and expertise in b.-to-b., but we lack the scale.”

In becoming a division of the Association of National Advertisers, he added, the Business Marketing Association will move to New York from Naperville and its board of directors – which has approved the acquisition — will become a board of advisers. Al Maag, executive director of the association, will remain in his job, Mr. Liguori said.

Robert D. Liodice, president and chief executive of the advertisers association, said the agreement “enriches and complements the A.N.A.'s offerings,” adding, “Through the B.M.A. integration, the A.N.A. will be able to enhance its programs and the insights we deliver to our members.”

In announcing the acquisition in May of the Brand Activation Association, Mr. Liodice described his organization as “always looking to see how we can add to our portfolio” as it seeks to be “a full-service association for our members.”

The pair of acquisitions suggests that additional consolidation in the crowded field of marketing industry organizations may be forthcoming if executives start believing that fewer, larger associations may be more effective than many, smaller ones.