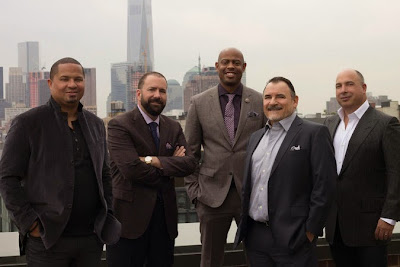 The New York Times reported on Commonground/MGS, a new holding group comprised of eight independent, minority-owned agencies. The Times headine reads, “Specialists in a Changing America.” Too bad the advertising industry has not been changing with America. For now, the principals admit not knowing if their offerings should be labeled as cross-cultural, total market, multicultural, general market or whatever. Well, as they cannot call themselves a White agency, their initial adventures will likely involve vying over crumbs.

Specialists in a Changing America

EIGHT independent agencies and companies that create and produce ads aimed at minority, multicultural, urban and youth markets are coming together under the umbrella of a holding group named Commonground/MGS, which will have its headquarters in New York and offices in Chicago, Houston, Los Angeles and Miami.

The five principals of Commonground/MGS, all senior executives with decades of experience in those markets, are describing the new agency holding company as the first in the advertising industry to be wholly owned by members of minority groups. Commonground/MGS will have about 300 employees offering clients services that include, in addition to advertising, public relations, event marketing, social media, content development, production and animation.

Three agencies being brought together under the Commonground/MGS banner — Commonground, based in Chicago; MGSComm, based in Miami; and the Vidal Partnership, based in New York — will be combined to form an agency also named Commonground/MGS. The other five agencies and companies — CG Works, the Cunningham Group, Post Master, Run Wild Productions and Sway Public Relations and Marketing — will continue operating under their own names as autonomous units of the holding group.

The formation of Commonground/MGS comes not long after an article in the trade publication Advertising Age described “a surge of small mid-sized agency holding companies,” among them the CHR Group, the Engine Group and Project WorldWide. They, however, work primarily with marketers seeking to reach consumers in the mainstream.

The new agency holding group also arrives as Madison Avenue pays more attention to the changing face of America, studying demographic trends that suggest ads may be more effective if they are crafted with a “total market” approach, also known as cross-cultural or transcultural marketing: directing pitches at a general audience whose demographic makeup is becoming more diverse rather than aiming ads in traditional fashion at specific ethnic audiences like Hispanics or African-Americans.

“We’re ultimately working toward a total market,” said Andrew J. England, executive vice president and chief marketing officer of MillerCoors, which has worked with Commonground on ads intended for African-American beer drinkers, because “a company like ours has to be open to where cultural influences are coming from.”

For instance, ads meant for African-American consumers that Commonground created for Coors Light beer, featuring the rapper Ice Cube, “became a core part of our total-market approach for a while,” Mr. England said.

“I’m very intrigued” by the formation of Commonground/MGS, he added. “A minority-owned holding company fills an important hole in the landscape.”

MillerCoors is among two dozen clients of the agencies uniting to form Commonground/MGS that will also be clients of the new holding group. Others include blue-chip brands like Bacardi, Coca-Cola, Hyundai, NBCUniversal, Outback Steakhouse, Tiffany and Verizon Wireless.

“We bring clients a solution that’s more relevant than ever: how to target the new U.S.” and how to understand “the multicultural consumer’s influence on the new America,” said Manny Vidal, the president and chief executive of the Vidal Partnership who becomes one of the five managing partners of Commonground/MGS.

“Where there’s change,” he added, “there’s an opportunity.”

“It didn’t take much to convince me that this was the right group to join,” Mr. Vidal said of the principals of Commonground and MGSComm, who had been discussing for some time the possibility of a combination. He was introduced to them by a mutual friend, Jorge Moya, chief creative officer of MGSComm. Top executives of MGSComm — Al Garcia-Serra, chairman, and Manuel E. Machado, chief executive, both of whom become managing partners of Commonground/MGS — met the principals of Commonground when “we pitched a pharmaceutical account together and were able to get to know each other,” Mr. Machado recalled.

“When Al and I started this agency in 2003, part of our long-term plan was to grow not just organically but, through the right people, reaching critical mass,” Mr. Machado said. “But it’s tough to do.” “We’ve all had opportunities” for deals that foundered because there was “a lot of personality in the room,” he added. “Here, we put it all together and the chemistry works.”

Mr. Machado acknowledged that “there is this confusion” over how to describe or refer to the kind of campaign that is now increasingly in vogue: “Is it multicultural? Is it total market? Is it general market? Is it all market?

“At the end of the day, the solution we’re bringing to the table is that we’re able to do the whole thing,” he said. “To do it together makes it a lot more powerful.”

Ahmad Islam, who founded Commonground with Sherman Wright, echoed Mr. Machado. “When Sherman and I started Commonground 10 years ago, clients were looking for a new model to reach multiple consumer segments,” Mr. Islam said. “Those once the minority are now a majority.”

Commonground/MGS will be “a brother-and-sister group of companies” developing campaigns with “a human truth based on a universal insight that applies to everyone,” he added, as well as campaigns aimed at demographic groups like African-Americans and Hispanics that do not “ignore the culture that is still relevant” when approaching those consumers.

“It’s being a bit of a Swiss Army knife,” Mr. Islam said, “not defined by one tactic.”

The Advertising column on Tuesday, about several agencies that are coming together under the umbrella of a holding group named Commonground/MGS, misstated the name of one agency involved. It is Sway Public Relations and Marketing, not the Sway Group. And a picture caption with the article misspelled the surname of one the partners shown in the group. As the article correctly noted, he is Al Garcia-Serra, not Al Garcia-Sierra.