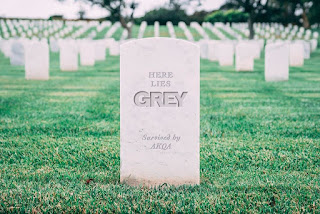 It’s the end of an era: WPP has announced it will retire its 103-year-old legacy Grey creative brand, merging the agency with digital shop AKQA. The two agencies will move forward as AKQA Group, a new creative solutions network.

AKQA Group will house 6,000 employees across more than 50 countries. AKQA Founder Ajaz Ahmed and Grey Worldwide CEO Michael Houston will lead the network as CEO and global president, respectively. The management and creative leadership teams will be announced in coming weeks, according to the company.

WPP said the new network will launch with both the AKQA and Grey brands, and the two will be integrated over time into AKQA Group.

WPP CEO Mark Read tells Ad Age many of the logistics are still being sorted out, reiterating that “nothing will change on day one. We will integrate the companies in cooperation with our clients.” Read says merging two companies in the middle of a pandemic is “obviously tough to do” so the process will not be rushed.

The merger is not entirely surprising. There have been whispers in the industry of a Grey-AKQA mashup ever since Read took the helm of WPP in 2018 and began merging larger, struggling legacy creative brands with smaller digital players. Still, not many people would have expected WPP to dump the Grey brand outright, perhaps thinking it would go the way of VMLY&R (born from the merger of VML and Y&R) and Wunderman Thompson (created from Wunderman and J. Walter Thompson), with some new brand formed from the mashing of names (AKQGrey, perhaps?).

Read says, on the branding aspect, the company didn't want to create a “linguistic tongue twister” by naming the new network something like AKQGrey.

Grey and AKQA have been working closer together over the past few years. In some countries and cities including Denmark, the two agencies already share offices.

“Grey has evolved many times over its 103 years and this is the next step in its evolution,” says Houston. “As someone who works in the business of brands, while names are obviously important, brands are much more than their names as well.”

It’s unclear whether any of the brands within Grey Group, specifically its multicultural agency Wing, will also be rebranded. Read says these are details that are still being hashed out.

“It’s another watershed moment in the attempt to resurrect WPP’s legacy creative talent,” says R3 Co-Founder and Principal Greg Paull. “AKQA has built a strong, data-centric business that, in a post-COVID world, is more relevant than ever.”

Grey was founded as Grey Advertising Agency in 1917, from an art studio, by Lawrence Valenstein, who was just 18 years old at the time. Originally, the agency specialized in direct mail. In 1921, Valenstein hired 17-year-old Arthur Fatt, who later became chairman of the agency. Fatt helped develop Grey’s reputation as an agency that used a team approach to advertising.

In 1964, Grey’s billings reached $100 million and over the next few decades it would go on to win several major accounts, expand globally and produce highly successful campaigns including for “Star Wars” toys in the 1970s. Grey was on a tear until 1998, winning accounts including the Los Angeles/Orange County Mitsubishi Dealers Advertisers Association, Dannon yogurt, Sprint and Dairy Queen. Then, in 1998, Grey faced legal problems related to its advertising of leasing for Mitsubishi Motors of America, and it began to see a string of client losses.

Though there was a time when Grey seemed to be bouncing back, it never quite returned to its pre-1998 heyday.

Procter & Gamble is one of Grey’s longest clients, having worked with the consumer goods giant for seven decades. In the past few years, Grey has been behind some of its most defining work, tackling toxic masculinity in “The Best a Man Can Be” for Gillette; and recently working with Cartwright to urge the silent majority to be anti-racist in “The Choice” for P&G.

In 2020, Grey did pick up several wins, including Discover and Carlsberg’s global account.

AKQA, founded in San Francisco in 2001 (but with roots connected to two agencies founded in the 1990s), was called out in WPP’s second-quarter earnings as one of its specialist agencies that “performed better” than others in its category. Though, in May, it did lose the Clorox digital account to Omnicom’s OMD.

Despite the pandemic, Ahmed and Houston say neither agency has had to lay off employees and they are currently hiring. In April, Grey furloughed about 3.5 percent of its staff in New York for three months.