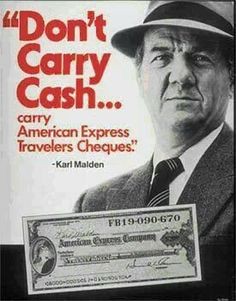 Campaign reported American Express consolidated its creative with Dentsu, completely cutting out Ogilvy. Okay, review that news one more time. American Express chooses Dentsu; that is, America picks Japan. Wonder what Jerry Della Femina might have to say about this… Then again, Ogilvy is owned by WPP in Britain.

American Express has expanded its creative work with Dentsumcgarrybowen to all international markets, ending an almost 60-year relationship with Ogilvy, Campaign US has learned.

Now, American Express is adding five more international markets to its relationship Dentsumcgarrybowen, again without a formal review, shifting all of its international creative duties under the agency. The transition is expected to be complete in early 2021.

Ogilvy has worked with American Express since 1962. The companies have partnered on iconic campaigns, from “Don’t Live Life Without It,” which ran from 1975 through the mid-1990s, to the more recent “Pay It Plan It” campaign starring actress and comedian Tina Fey. Ogilvy retains American Express’ PR account.

Gordon Bowen, co-founder and chairman of Mcgarrybowen, worked on the American Express account as an executive at Ogilvy. Dentsu merged with Mcgarrybowen outside of Japan in May.

American Express spends roughly $400 million on media globally, with around $300 million in the U.S., according to global pitch consultant R3. In 2018, American Express ended another long-term relationship, handing its media planning and buying duties to UM after 20 years with Mindshare.

The shifts at American Express reflect a larger trend among marketers to move away from long-term AOR relationships and consolidate more duties under a single agency or holding company.