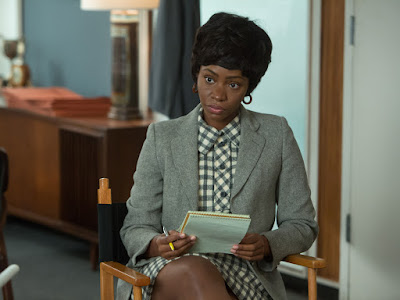 Advertising Age reported on figures from the U.S. Equal Employment Opportunity Commission showing there are less than 100 Black women executives in adland. The report made no mention of the number of Black male executives in the field. If anything, the EEOC total underscores that the current diverted diversity drive—with everyone jumping onto the White women bandwagon—is the greatest example of unconscious bias today. That is, the industry pats itself on the back for promoting White women under the notion of gender equality while true diversity remains a dream deferred, diverted, delegated and denied. If the advertising industry stays true to form, expect the following solutions to ignite in the years ahead:

There Are Fewer Than 100 Black Women Execs in Adland

The Advertising Club of New York and Interpublic Group are hosting the first Summit on Black Women in Advertising to start a discussion and figure out solutions around the fact that there are fewer than 100 black women executives in advertising, PR and related industries across the country.

According to new statistics from the U.S. Equal Employment Opportunity Commission, only 93 black female executives are in advertising, PR and related agencies with more than 100 people, out of 8,734 total executives. Additionally, of the 8,734 executives, 7,651 are white and 3,037 are white women.

The idea for “Their Truth: The Summit on Black Women in Advertising, Marketing and Media,” which will be held March 27 at The Paley Center in New York City, came from the fact that the industry doesn’t have any large scale focus on women of color, said Heide Gardner, IPG’s chief diversity officer. Ms. Gardner, who previously served as senior VP of the American Advertising Federation and was the founding executive director of The AAF Mosaic Center on Multiculturalism, said ColorComm has an emphasis on women of color, but it’s a young organization. The Ad Club of New York and IPG will also be supporting their efforts going forward.

“Women’s experience in the industry and the narrative have come primarily from white women in senior roles, but no one has provided a platform for us to hear from really accomplished black women and those are the stories that make all this real,” said Ms. Gardner.

She added that what shocked her the most from the recent findings is that there’s about 50 black women executives in creative agencies, 14 in PR and some disciplines that have zero. “We all know we have a challenge, but I don’t think people really know and the industry hasn’t generally followed the data,” said Ms. Gardner, “It’s important to bring this forward, and if they didn’t know before, now they will know.”

The EEOC research also showed that black women have the lowest upward mobility among other major demographics groups in advertising, PR and related fields, while black women in other professional services industries, such as legal, accounting and management consulting, have higher executive representation in leadership roles.

At the event, Tai Wingfield from the Center for Talent Innovation will present current research about black women professionals, and a panel will include black women trailblazers, such as Pam El, CMO of the NBA; Vita Harris, chief strategy officer at FCB; Jeanine D. Liburd, executive-VP of corporate communications and corporate social responsibility at BET Networks, and more. The event will also be streaming on Facebook Live for those who can’t attend.

“Obviously, we want to bring forward the issue and expose the industry to these amazing women and their stories, but we don’t want to just leave it at that,” said Ms. Gardner. IPG and the Ad Club New York is working with the Center for Talent Innovation to provide some solutions and a toolkit to the industry that “looks at key issues and specifics that can be undertaken by any organization, leader, manager and the talent themselves,” she said.

More importantly, Ms. Gardner said she thinks this event will “open the door to having discussions” with other holding companies and agencies to help figure out how everyone can work together to make a difference.

I've noticed that when there are black male faces announced as new hires or promotions in the US, the tiniest bit of digging reveals that they're from the UK.

There's a pecking order and black men and black women, from and raised in America, are at the least desirable end of things.

While I'm glad that black female execs are getting some discussion right now, the ad industry's myopia makes me scared that even talking (ie no action) about black women will come at the cost of black American men getting left further and further behind.