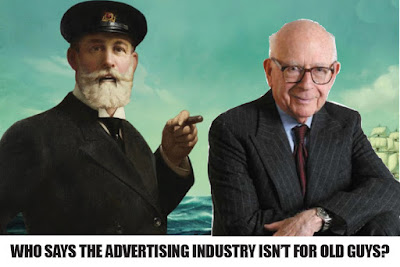 Adweek reported WPP CEO Mark Read continues to poop in a blender, concocting the latest dookie smoothie with two titanic turds—Wunderman and JWT. This excremental execution doesn’t allow for initial integration like VMLY&R, so the new outhouse will be called Wunderman Thompson. Gee, iconic advertising agencies are assuming second-class citizenship in the downsizing WPP empire. “To achieve transformative outcomes, clients today need inspiration that is rooted in data-driven insight. I am really excited to be able to deliver that within one agency,” said Wunderman Thompson CEO Mel Edwards, who will co-run the crap factory with Tamara Ingram. “Wunderman Thompson offers precisely what clients want: brilliant creativity, expertise in data and sophisticated technology skills.” Wow, that’s the most creative copy to ever come out of Wunderman. Regarding this merger, one thing is certain: White men will be obliterated. 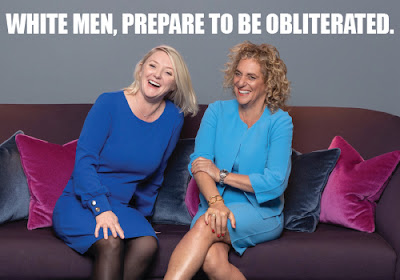 The resulting organization will be known as Wunderman Thompson and be headquartered in JWT’s offices on Manhattan’s Lexington Avenue. It will employ approximately 20,000 people in 200 locations across 90 global markets. WPP is expected to debut a new visual identity for the company in the coming days.

“To achieve transformative outcomes, clients today need inspiration that is rooted in data-driven insight. I am really excited to be able to deliver that within one agency,” said Edwards. “Wunderman Thompson offers precisely what clients want: brilliant creativity, expertise in data and sophisticated technology skills. I couldn’t be more honored to lead this new organization and its exceptional people.”

JWT calls itself “the world’s best-known marketing communications brand,” and in the last 150-plus years it has created such iconic campaigns as the Oscar Meyer Weiner Song and the Toys “R” Us Kid anthem, in addition to some of the earliest ads for Henry Ford’s Model T automobiles.

Wunderman, which began 60 years ago as the first direct marketing agency, has since expanded into the fields of brand strategy, consulting, ecommerce and, perhaps most importantly, data analytics.

“Coming together was a decision driven by the opportunity to better serve our clients, expand our offering and create an agency effectively positioned for the future,” Ingram added. “Both JWT and Wunderman have been built by the commitment of many talented people whose combined capabilities will further distinguish us in the market.”

JWT did not elaborate beyond these statements. A WPP spokesperson declined to comment.

This is the second major merger announced by Read since taking the helm of the world’s largest holding company. His first, which mashed VML and Y&R together to create VMLY&R in September, similarly combined a digital network with an older, more traditional agency.

One source with executive-level connections at Wunderman told Adweek that the two firms, which have been “moving closer together” in recent months and share several major clients including Shell, Nestle and Johnson & Johnson, will effectively operate as one.

“Wunderman in many ways has become the darling of WPP,” the person said, calling the decision an obvious one for the sake of efficiency and account planning.

An email sent to top holding company executives earlier this month confirmed that all Wunderman staff will relocate from their headquarters in Manhattan’s Columbus Circle to JWT’s office in January. This move continues the holding group’s strategy of housing its agencies in various “campuses,” the newest of which are located in Toronto and New York’s 3 World Trade Center.

Rumors of the merger have been around for weeks, according to several people who spoke to Adweek. One recruiter described it as an “open secret” in the agency world. A WPP veteran said the merger had been discussed as “something that was clearly being considered” in recent leadership meetings.

Another holding company executive said the move is in keeping with Read’s “less is more” vision for the company, adding that Wunderman and other digitally oriented agencies will likely serve to support JWT’s above-the-line creative offering moving forward. That source compared the partnership to Wunderman and Possible, which joined forces to create a digital “super group” in 2017.

A source on the client side who recently went through a pitch led by Possible also noted that the agency often refers to Wunderman as part of a package deal in a manner similar to Publicis Groupe’s “Power of One” approach, where multiple agencies team up to pitch for a single account.

Possible and Mirum, which are part of the Wunderman and JWT networks, respectively, will reportedly retain their independent brands.

Three WPP employees confirmed that Read will reveal his strategic plans for the larger network at an executive summit on Dec. 11. At an October meeting in Brooklyn, the CEO spoke with agency leaders about the company’s visual identity and strategic positioning, which he reportedly described as a “radical evolution.”

Several questions remain unanswered, chief among them how the move will affect the structure of Wunderman’s and JWT’s operations in London, India, Asia and Latin America. But the people who spoke to Adweek said no more leadership announcements are expected before 2019.

William James Carlton founded Carlton & Smith in 1864, four years before hiring bookkeeper and eventual namesake J. Walter Thompson (who purchased the business in 1877 for $500). Its opening marked the first business designed to sell advertising services to clients. The 1899 launch of JWT’s London office made it the first such American operation to expand overseas, and the agency also hired the industry’s first female copywriter, Helen Lansdowne Resor, more than 100 years ago.

The agency celebrated its 150th anniversary in 2014.

Wunderman, Ricotta & Kline opened its doors in 1958 and pioneered the practice of direct marketing before WPP acquired it in 1973. Among the innovations attributed to founder Lester Wunderman are the 1-800 number, the Columbia House record club model, and the American Express customer rewards program.

Despite its considerable value and the role it currently plays in nearly every significant piece of business handled by WPP, Wunderman has largely flown under the radar. The agency does not yet boast the name recognition of other holding company properties like Grey, Y&R, Ogilvy and JWT.

That will almost certainly change in the months and years to come.

As these holding companies are collapsing, they are raiding multicultural accounts harder and harder, which is pushing more and more POC out of the ad industry.

Those white agencies aren't hiring POC full time staff those accounts, they're hiring a couple of freelance art directors or copy editors as add-ons to adapt work made by their all white teams. I've seen them use their holding company's international offices or translation teams in other countries to do it too. Anything that lets them get a cheap service and charge brands additional money so that holding companies make a profit.

It's a tragedy, it's happening in slow motion, and I don't think anyone is paying attention to the trend of POC bleeding out while holding companies gobble, gobble, gobble.