Adweek reported certain White advertising agencies—including Doner and 72andSunny—proposed buying themselves back from MDC Partners, but were rejected by the White holding company’s board of directors. Any buyback plan should require that agency leaders who collected big bucks in such deals return their booties—with interest. And the refunded money would then be distributed to all former employees who were terminated as a result of mergers and buyouts at MDC Partners. Oh, and each terminated employee should be allowed to deliver a single kick to the groin of former MDC Partners CEO Miles Nadal. Surely the board of directors would green-light these ideas—at least the one involving kicking Nadal in the nuts. 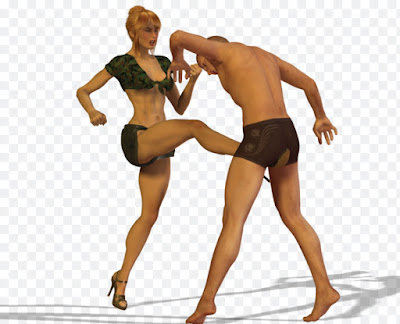 At least one of the more than 50 agencies owned by struggling network MDC Partners recently made an effort to buy itself back from the company only to be rejected by the board of directors, according to Adweek’s sources.

On Wednesday night, MDC responded to a Nov. 19 SEC filing by hedge fund investor FrontFour Capital Group that aggressively called for change on the board and criticized its leadership for not acting quickly enough.

News of the filing was first reported Wednesday afternoon by The Wall Street Journal.

“FrontFour first initiated private conversations with the Board in August 2018 in an attempt to constructively outline a strategy that would result in the replacement of Scott L. Kauffman as CEO with a candidate better suited to leverage the strength of the Issuer’s agencies and grow the Issuer’s market share in key industries,” the SEC document read.

It went on to criticize MDC’s leadership for “hastily” announcing Kauffman’s plans to resign the following month “without having commenced a search for his replacement.”

FrontFour, the text continued, believes “significant changes to the composition of the Board are required in order to ensure that the best interests of shareholders are represented” and has begun to explore options including “a special meeting of shareholders requisitioned for such purpose.”

“MDC Partners welcomes open and constructive conversations with our shareholders and seriously considers all ideas and suggestions that may enhance long-term shareholder value,” read a statement from MDC Partners issued Wednesday night. “We have had an ongoing dialogue with FrontFour, and are disappointed that they elected to go public with their concerns at this time.”

It continued: “While we expect communication with FrontFour to continue, our focus remains on conducting our previously announced strategic review and CEO search process, and we remain committed to delivering value for all our shareholders.”

A spokesperson for FrontFour has not yet responded to questions regarding the timing of the filing and the specific changes to the board it believes will “better align the perspective of the Board with that of the Issuer’s shareholders.”

The news comes at a financially precarious time for MDC Partners, which laid off several executives in July before Kauffman lamented “poor” results for the first half of 2018. The company’s stock has lost half its value since August, and its estimated debt is greater than $1 billion.

According to sources within MDC Partners, multiple agencies have explored the possibility of buying themselves back.

One source said Doner leadership determined the process would ultimately cost more than $500 million and therefore wasn’t workable. Other sources said 72andSunny’s recent offer to buy its independence was rejected by the MDC board.

Spokespeople for Doner and 72andSunny declined to comment. MDC Partners declined to elaborate beyond its Wednesday statement.