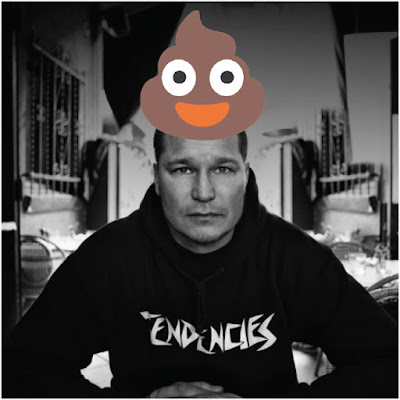 Advertising Age published a lengthy pseudo exposé on the “culture” at Havas Chicago, rendering a not-very-flattering caricature of agency leadership—and Havas North America Chief Creative Officer and Chairman Jason Peterson in particular. The next day, Ad Age reported Peterson was no longer among the people who fucking love working at Havas. The mutual agreement to separate was likely as divided as the apparent support for Peterson in the Chicago shop; that is, a lot of staffers seemed to fucking hate the man. And while Peterson declared, “Your hate is my anthem,” the hate composed his swan song too.

It’s easy to see why Peterson was polarizing. In short, his professional sensibilities are rooted in cultural cluelessness—as well as corporate cluelessness.

As culturally clueless-corporately clueless individuals tend to suffer from ignorance and/or denial, MultiCultClassics will point out key symptoms to help the afflicted gain awareness of their condition. To keep things relevant and current, Peterson will serve as the main lab rat in the dissection, even though he is only one representative of a global industry illness.

Peterson actually displayed his personal shortcomings and lack of leadership experience in a 2017 interview, where he bragged about himself, misused words, overused the word “cool” and shared his grand vision for a new agency model. Peterson gushed, “I was able to paint the walls, hire the receptionist, lead the culture and the work.” Yes, but much of the dream revolved around Peterson’s delusions of rock stardom and involved surface facades, right down to selecting the receptionist.

How many losers proclaiming they invented a new agency model have truly succeeded? In Peterson’s case, he failed to realize he was playing the mad man scientist in perhaps the worst White holding company. Hey, he possibly progressed as far as he did because the Havas headquarters didn’t bother noticing what was really happening in the relatively small Chicago office.

Bill Bernbach—whose methods Peterson deemed outdated—once said, “You are not right if in your ad you stand a man on his head just to get attention. You are right if you have him on his head to show how your product keeps things from falling out of his pockets.” Mirroring the majority of hacks in history, Peterson seems to believe getting attention is the prime objective. He appears to subscribe to the myth that any press is good press.

Under Peterson, Havas received less ink from client-related accomplishments than self-promotional stunts. And the latest ones were self-destructive stunners.

The final nail in Peterson’s proverbial coffin was hammered via the revelation that the 2017 Havas Halloween party starred a bikini-clad dancer. In these days of divertsity, disrespecting women in any way, shape or form is unacceptable—and uncanny given the allegedly high female representation in leadership positions at Havas Chicago. Peterson compounded matters by reportedly offering an insincere apology identical to the faux mea culpa coughed up after the Fucking Fishbowl installation implosion.

Over the years, sources have noted the Havas Chicago culture, which seems to reflect an urban, hip-hop vibe. From the rap music reportedly blaring in the hallways to the artwork in the lobby to Peterson’s own wardrobe, the agency presents a wannabe air of street style. Forget how the fabricated persona feels forced and fake, especially when contrasted with clientele including Cracker Barrel, Ragú and AutoZone. The real problem is that the culture promotes exclusivity.

As Havas Chicago President and Chief Client Officer Tatia Torrey admitted, “We structured our agency to be different. We’re really trying to bring culture from the outside in, so on a daily basis our team members are immersed in it and wanting to bring that culture to our brands.” Torrey also touched on the Havas Chicago “hiring for culture” process designed to help candidates understand the agency environment and its people. Torrey explained, “We try really hard to make sure that people understand what the culture is.”

Okay, it all sounds good on paper, but it’s pretty clear by now that a sizable segment of existing and exited staffers do not care for the culture. Bringing “culture from the outside in” is a swell idea, except it looks like Peterson was curating the cultural cues pushed on staffers. And that’s the core dilemma with exclusivity. Mandating that people fit a mold—physically, emotionally and spiritually—runs counter to how successful enterprises operate in contemporary society. And it flies in the face of the advertising industry’s alleged commitment to diversity and inclusion.

The goal should be to create an environment where everyone shares common values, processes and purpose, without having to conform to superficial standards and discriminatory dictates. People ought to be judged by the content of their character, concepts and contributions—not by costumes, coolness and cliques.

Oh, and mutual respect must be an essential principle too. This basic notion appears to have escaped Peterson and the agency leadership. If people don’t feel welcome and safe, well, that’s a huge fucking problem. The trade reports illustrate an agency bereft of any form of healthy community—along with leadership incapable of showing common sense and common courtesy to fellow cubicle mates.

On the one hand, Peterson arguably did much better than his predecessor to deliver sparks of promise to Havas Chicago. Yet he also recklessly ignited fires that led to him flaming out. In the end, he couldn’t overcome his cultural cluelessness and corporate cluelessness.