AgencySpy posted follow-up factoids featuring the fuck-ups at Havas Chicago. Fortunately, few folks bother to visit AgencySpy anymore, which will perhaps lessen the demoralizing embarrassment experienced by the drones working at the agency—especially the few of them who fucking love it.

Regardless, the sloppy post highlighted fucking hilarious points worth noting:

• Fucking Hilarious Point 1 The White advertising agency hosts something called “Havas Faces, a series of regular discussions primarily concerning matters related to diversity and inclusion.” Of course, attendance and participation is not mandatory. And discussion topics probably involve brainstorming for the next award-winning-yet-hypocritical publicity stunt.

• Fucking Hilarious Point 2 Havas CEO and Chairman Yannick Bolloré allegedly spanked Havas Creative North America CEO and Chairman Paul Marobella and Chief Creative Officer and Chairman Jason Peterson for producing the shitty video wherein they said other shops were shitty agencies. From now on, Marobella and Peterson must let Bolloré review videos before release. Given that Bolloré landed his position via nepotism—making his credibility and credentials questionable at best—the edict is like if Jeff Sessions and Kellyanne Conway were told that everything they planned to do must first be approved by Eric Trump.

• Fucking Hilarious Point 3 Chief Creative Officer and Chairman Jason Peterson appears to be an ignorant boss. This is not uncommon in adland, where people are elevated based on ego and execution versus leadership skills. So maybe Peterson warrants some compassion for lacking the basic qualities of a legitimate leader. For example, Peterson posted an Instagram message stating the need to “fight fire with fire.” As a professional courtesy, MultiCultClassics offers this simple wisdom: “When tempted to fight fire with fire, always remember the fire department fights it with water.” People like Peterson typically require a few decades to figure this out.

• Fucking Hilarious Point 4 Chief Creative Officer and Chairman Jason Peterson appears to be an arrogant douchebag. It’s bad enough that he green-lighted the insipid installation that generated more bad press for his agency—and escalated internal chaos and morale problems for his staff. But AgencySpy claimed, “He apologized if it had offended anyone before adding, ‘I’d do it again in a minute.’” Sorry, but an apology without amends demonstrates maximum insincerity and minimal integrity.

According to AgencySpy, the offending installation has been removed and will be replaced by a breast cancer campaign. In light of all the gender-related controversies in the advertising industry and society at large, let’s hope Peterson doesn’t fuck up this self-promotional exercise too. 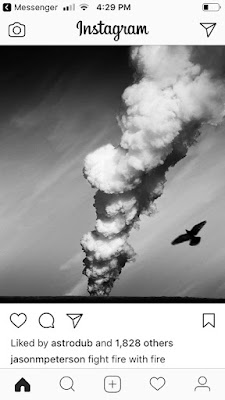