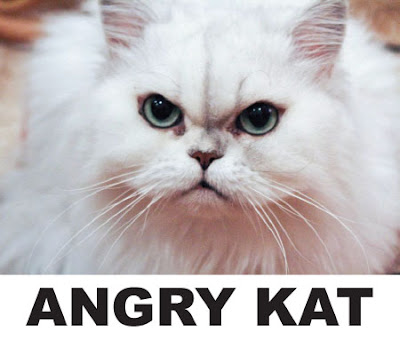 Advertising Age published more meandering, murky musings from 3% Movement Founder and CEO Kat Gordon, who wishes women would stop telling other women to be more confident. After all, Gordon cited from an HBR article, confidence doesn’t trump competence—and a high level of the former is often concealing a low level of the latter. Not sure where Gordon was heading with the point, but pretty sure she’d take issue with Zambezi CEO Jean Freeman’s contention that women in the advertising field need to learn business fundamentals. Whatever. Gordon then made a sloppy segue to women and anger, going off on a misguided rant over the contrasting reactions to emotional outbursts. Once again, Gordon displayed cultural cluelessness by dumbing things down to a male versus female issue. She did acknowledge, “Women of color face a double bind around anger.” Yet Gordon doesn’t seem to realize the bind is waaaaay more than double, especially for Black women. Additionally, angry Black men are viewed as unacceptable minimally and dangerous to the max. There is plenty of evidence to corroborate the realities in adland and society at large.

To mirror Gordon’s sloppy segue style, it’s worth noting that even pop psychologists attest there’s nothing wrong with anger itself. Rather, how one responds to feeling angry is the key. Anger can inspire people to advocate for causes with greater passion. Or it can lead to stupid behavior, as demonstrated by Diet Madison Avenue. In the end, everyone can benefit from finding healthy ways to deal with anger.

Gordon might consider how confidence, competence and anger are not necessarily mutually exclusive—and how things become further complicated by adding race and ethnicity. Plus, she might consider hiring a confident and competent editor to review her Op-Eds before publication—a suggestion that will likely make her angry. Sorry, but Gordon’s exposition is a poor woman’s version of Rebecca Traister’s work.

Kat Gordon: Stop telling women to be confident. Tell them to get angry

At a recent ad agency event in Los Angeles. I was in the audience, watching panel after panel of female leaders. Finally, during the Q&A I raised my hand and spoke these words:

At this point, you could have heard a pin drop. It was like I had announced that crying at work was the new power move.

I’ll spare you the academic research (but I brought receipts, including this HBR article aptly named “The Dangers of Confidence”) and net it out this way: we have mistakenly assumed that charismatic people are confident because of skill, when in reality confidence is often a compensation.

And this blind spot doesn’t stop there. We then target women’s lack of confidence as problematic — something that needs to be fixed. We cling to the belief that women are just one confidence-booster shot away from the C-suite. And in focusing on that c-word, we miss the more important one: competence.

Women are already competent, but oftentimes not confident. Every woman on that stage in LA knew that. They know they’re doing a good job and leaning in like the guidebook told them. Yet somehow they had internalized that confidence was the missing ingredient to full acceptance into The Club.

Why must women change in a way that doesn’t correlate to performance in order to make corporate America believe we know what we’re doing? Why do we ask women to mimic behaviors disproportionately demonstrated by men — that are proven to be a smokescreen — rather than rewriting the whole paradigm?

(Related: why is Imposter Syndrome training never, ever taught to true imposters? The only people feeling unworthy are those whose worthiness isn’t being measured accurately. But I’ll save that for another column.)

In an era where everyone is encouraged to “bring their whole selves to work,” women are being asked to manufacture or amplify a trait many do not possess naturally. Imagine, if you will, if we took confidence off the table and found more honest ways to measure skill? How much mind space would this free up for women?

That alone would be revelatory. But wait, there’s more.

If women are being invited to bring their whole selves to work, there’s one emotion we’re routinely asked to check at the door. Anger.

Women’s anger is not sanctioned anywhere in society. We’re unhinged/emotional/crazy when we’re mad. Women of color face a double bind around anger. Ironically, anger is the central emotion men are given free rein to express, at the expense of the whole gamut of feelings. Contrast Serena at the US Open versus Kavanaugh at his confirmation hearing.

Demonstrations of female anger are so rare and misunderstood that most workplaces think crying is an expression of sadness. Know why women cry at work? Because we’re furious and frustrated and there’s no sanctioned way to release it. Our tear ducts take the hit that our fists and voiceboxes cannot.

If creativity spikes when people draw upon every life experience and emotion they’ve ever had (and I believe it does), then why do ad agencies disallow certain feelings and behaviors while trying to workshop alive others that aren’t natural or needed?

I invite you to consider the radical notion that the agency of the future will unleash a tsunami of creativity not by asking people to be better. But just by letting them be.