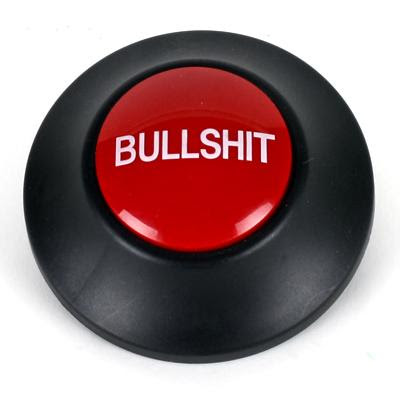 Adweek published another self-promotional perspective from The 3% Movement Founder Kat Gordon, who appears to be hijacking the Time’s Up Advertising endeavor. Is Gordon suddenly leading the initiative? Is her editorial approved and endorsed by Time’s Up? Regardless, the pep-rally pontification warrants dissection.

First, Gordon opened by expressing delight that there are 180 women in advertising with C-level titles. Actually, there are many more than 180, as most small and medium-sized agencies were not included on the sign-up list. On the flipside, there are less than 100 Black women executives (many of whom do not have C-level titles) in the U.S. advertising industry. Additionally, Gordon acknowledges “menacing behavior that disproportionately targets women of color.” Of course, Gordon ignores how women of color are second-class citizens and not equally benefiting from the divertsity movement.

Second, Gordon wrote, “The women who signed the letter of solidarity are justifiably mad and that rage will only deepen as the movement progresses and the myriad ways our industry is broken are revealed.” Really? Words such as “mad” and “rage” sound like Diet Madison Avenue ravings and exaggerations on Gordon’s part. It’s also odd that JWT Worldwide Chairman and CEO Tamara Ingram is among the mad and raging crusaders, while Erin Johnson is not (surely Johnson’s original title of “Chief Communications Officer” qualifies her for the exclusive Time’s Up Advertising list). You’d think Gordon and Ingram would publicly pledge support to Johnson.

Related to the previous point, were the 180 female leaders oblivious to the allegedly rampant sexual harassment happening in their offices? If not, why didn’t more of them take action sooner? Before 2017, Divertsity Divas like Gordon and Cindy Gallop never made sexual harassment the key contributor to gender inequality.

Next, Gordon suggested, “Widen your definition of harassment.” Um, how many advertising executives—male or female—can accurately define sexual harassment right now? The JWT legal fiasco demonstrates quite clearly that sexual harassment can be difficult to prove in a court of law. And it’s no secret that the average advertising agency leader is clueless on HR issues. Sorry, in this scenario, asking people to widen their definition of sexual harassment is ignorant and reckless advice. Better to start by making certain everyone is familiar with the existing definition.

What’s truly disturbing about Gordon’s garbage dump is her prediction that the upcoming battle will be a long road and long game. In other words, the bigger problem of real diversity will be further delayed and denied while White women ride the sexual harassment bandwagon. Somebody tell the NO.2.66 crew at Leo Burnett to reset the deadline.

The next steps won’t be easy

First of all, a moment of pause that there are 180 women with C-level titles in advertising. Praise be.

Then another nod of affirmation that they joined forces to declare #TimesUp for harassment and inequality in advertising. Those who speak truth to power and attempt to fix things from inside the machine are unspeakably brave.

But what’s next? How do these female leaders eradicate harassment in an industry that’s been mythologized for its misogyny?

For starters, you don’t put an expiration date on this or force people to sit through mandatory training. You don’t silver-bullet the crusade or assume that linked elbows will protect you from bruised ribs.

In fact, you don’t do anything yet.

You get very quiet and invite others to tell you what’s going on.

I love that #TimesUp advertising is prioritizing this with its first action: a nationwide listening tour on May 14.

My team and I have pledged to participate in various cities and to share truth bombs we’ve collected on our seven-year crusade.

The things you hear will sting. No matter how far your agency is on the harassment-free journey, you’re a long way from the finish line. Everyone is. The stories from the ad community—especially from people of color, older creatives and eyes-still-open juniors—will make your heart sink into your stomach.

The women who signed the letter of solidarity are justifiably mad and that rage will only deepen as the movement progresses and the myriad ways our industry is broken are revealed. This kind of anger is good, because it mobilizes. It can penetrate the forcefield of male privilege and pierce the cloak of denial.

Admit to what you don’t know yet. Widen your definition of harassment. Be open to the many ways that harassment materializes, like a satellite of misbehavior radiating out from a “sleep with me or you’re fired” center. Discover “lookism” (aka the top five email scandal in the U.K.), client abuse and menacing behavior that disproportionately targets women of color.

Do a silent inventory of how your agency or holding company (and quite possibly, you yourself) may operate with blind spots that have unwittingly perpetuated inequity. This one is a doozy. I know because I’ve had my own personal reckoning with it.

Accept that this is the beginning of a long road

Truly shifting cultures is a long game. It takes sustained conversation in a world that favors fast fixes. It’s a one-step-forward, two-steps-back routine. It’s messy and human and imperfect. You can’t compliance your way out of it.

Dozens of women uniting and using their collective power to demand change—that’s a (huge) first step. How that looks in action will differ inside every agency based on many factors, including holding company involvement, client support, average age of employees, geography, agency legacy and more. It will take years to undo what’s been done, unlearn what’s been taught and reimagine a way forward to get everyone on board.

While there’s no one way to quickly turn the tide, the important thing is that these leaders have said the two magic words: Time’s up.

I don't doubt that the 3% Movement's intentions are good, but the practicality of it is that the only people I see benefiting all around me personally, and all around the industry as a whole, are white women.

There's a lot of lip service and vague messages of empowering women of color within the 3% Movement and their social media, but the reality is, it's a movement that redirected the momentum that POC were starting to gain in the ad industry, silenced it, and replaced it with gains for white women instead.

POC are an afterthought, and I'm watching as white women who helped white men keep POC locked out of advertising for years, or are just flat out racist, are now celebrated as champions of diversity.

Amen! Still waiting on that forty acres and a mule promise.