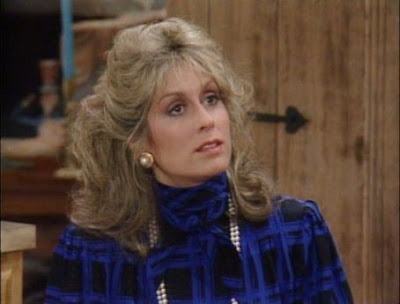 Adweek reported on Mara Lecocq, a freelance creative director currently in New York City, who is creating an interactive divertsity database called “Where Are The Boss Ladies?”—an attempt to list every ad woman in a top role. The title is reminiscent of “Where Are All The Black People?”-turned-“Here Are All The Black People.” So it’s only a matter of time before “Where Are The Boss Ladies?” becomes a gala event or award show. Lecocq claimed, “I’ve always been super passionate about bringing diversity to male-dominated industries…” Okey-doke. Wonder how she’ll react if her list confirms the U.S. Equal Employment Opportunity Commission’s findings that there are less than 100 Black women in leadership roles in the entire U.S. advertising industry. The image from the Adweek article (depicted below) shows “Boss Women of Color”—which is bound to be a short list. Will that galvanize Lecocq and her sisters into revolutionary advocacy and action for women of color? Don’t bet on it. 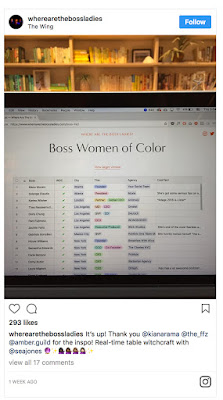 This Creative Director Intends to Find Out ‘Where Are the Boss Ladies?’

Where are the boss ladies?

Mara Lecocq, a freelance creative director and self-described “detective,” isn’t just posing that question to the advertising industry—she’s setting out to answer it herself.

“I’ve always been super passionate about bringing diversity to male-dominated industries, but I’m also a practical person,” Lecocq explained. “So when I heard things over and over again like ‘we can’t find any women,’ I decided to find a solution.”

About two weeks ago, Lecocq created a simple spreadsheet listing 15 ad women she knew in top roles, calling on others in the industry to contribute more names. The sheet has since evolved into an interactive database called “Where Are The Boss Ladies?” that receives an average of 15 submissions per day. As of today, the site showcases about 500 female leaders in the industry and six categories that allow recruiters to search for “bosses by role,” “boss women of color,” “bosses by city” and “bosses by agency,” while professionals seeking jobs can discover agencies and organizations championing diversity.

Under the “diversity agenda” category, people will find the agencies with the most-balanced leadership, those that offer parental leave, and those that don’t promote the workaholic culture many have come to associate with the ad industry.

Lecocq—who has held stints at agencies including DDB Canada and AKQA in her 13-year career and most recently worked as a freelancer at 72andSunny’s creative offshoot Sundae—said she’s never had a female boss. The excuse she hears most often is that agency leaders can’t find them, but with “Where Are All The Boss Ladies?” she hopes no one will be able to use that line anymore.

According to a 2017 LinkedIn study, only 33 percent of chief creative officers are women.

While she described her past male bosses as “awesome,” Lecocq said she longed to see women—including older women—in the same top roles.

“A woman with gray hair is fucking awesome,” she added. “I can’t stand ageism. It’s so unfair that women are dropping out of their careers in their early 40s just because they don’t feel supported.”

Lecocq said she has often questioned the obsessive work ethic most of her male bosses have possessed. She never envisioned herself becoming a CCO or ECD, she said, adding that she hasn’t worked in advertising since parting with Sundae last month. Instead, she kept busy managing “Where Are All The Boss Ladies?” as well as writing a series of children’s books called Secret Code, which empower girls of every race and background to pursue their dreams.

Luckily, Lecocq has some help. After she launched the initial spreadsheet, Christina Jones, a freelance creative manager, expressed her interest in the project and went on to transform the sheet into an interactive database.

Lecocq has since received several inquiries from other professionals, including CEOs, in other industries who want to build similar websites for spaces including finance, tech and social services.

Along with creating separate pages on “Where Are All The Boss Ladies?” for those industries, Lecocq is planning to experiment with her campaign; several video series are in the works, including one called “Feminist Dude Boss” that features “guys who are doing cool stuff for the cause.”

Lecocq is not the first ad woman to push this initiative. Last year, Lina Franzon, a copywriter at TBWA Stockholm, and Johanna Johansson, art director at Volt in Stockholm, launched a similar database in Sweden entitled Kreatörskvinnor, with plans to take their efforts globally by 2018. The two raised funds from multiple agencies including 72andSunny Amsterdam, but the worldwide site does not yet appear to have made its debut.

Franzon and Johansson did not return a request for comment for this story. 72andSunny did not know the status of the site but confirmed that the agency had donated to the project. 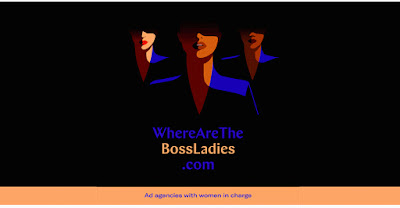