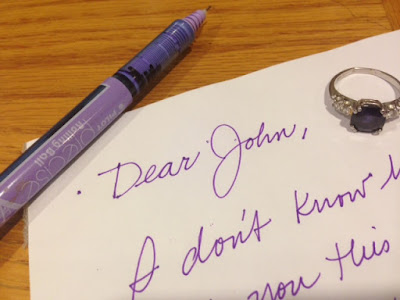 Adweek reported 180 female agency honchos launched “Time’s Up Advertising,” described by the trade journal as “an official ‘vertical’ aimed at discussing and addressing the industry’s pervasive problems with sexual harassment and gender inequality.” Okay, but does the Time’s Up organization realize the advertising industry has bigger pervasive problems with general inequality? Time’s Up Advertising vowed to “drive new policies, practices, decisions and tangible actions that result in more balanced, diverse and accountable leadership; address workplace discrimination, harassment and abuse; and create equitable and safe cultures within the advertising industry.” Look for a steep increase of White women promotions and whistleblower hotlines. But don’t expect to see a significant rise in racial and ethnic diversity—that would require too much time.

Top execs are working to end harassment and discrimination

Today, a group of 180 female CEOs, chief creative officers, chief strategy officers and other top agency executives announced the launch of Time’s Up Advertising, an official “vertical” aimed at discussing and addressing the industry’s pervasive problems with sexual harassment and gender inequality.

Time’s Up Advertising said in a statement it will “drive new policies, practices, decisions and tangible actions that result in more balanced, diverse and accountable leadership; address workplace discrimination, harassment and abuse; and create equitable and safe cultures within the advertising industry.”

Specifically, the group said it is committed to fixing policies “that have failed us,” leveraging the experiences of industry leaders with diverse backgrounds and adopting employee training to make the ad industry more inclusive and safe.

The initiative began at the end of January with a group of just 14 C-suite women, Time’s Up Advertising explained in a letter today that began with the phrase, “Hey, sisters, we know.” The letter states that one night of open discussion turned into “more meet-ups and phone calls, and hundreds of emails. Many hundreds of emails.”

According to the letter, the group quickly grew from just 14 executives to 180.

“We don’t for a minute believe we found all the answers,” Time’s Up Advertising wrote. “As women in senior leadership positions in advertising, we’ve agreed that we have the power to change this business we love until it looks more like the industry we want to lead.”

The group is calling on every agency, women-run or not, to join the effort by keeping up with the goals listed on its website. Time’s Up Advertising will also raise funds for the Time’s Up Legal Defense Fund, which provides subsidized representation to individuals bringing up a sexual harassment or abuse case.

According to the announcement, the group will host its first community meeting on May 14 in New York, Chicago, San Francisco and Los Angeles.

Representatives for both Time’s Up Advertising and the larger Time’s Up organization declined to comment for this story.

The organization’s launch comes less than a week after the industry’s latest controversy came to light. Last Thursday, Adweek broke the news that Hyundai’s Innocean Worldwide and its chief creative officer Eric Springer had been sued for sexual harassment, discrimination, retaliation and wrongful termination by Victoria Guenier, a former executive who claims she was forced out of her job last year.

ANSWER: YES! Hundreds of us will sign and throw our weight behind the issue! NOW IS THE TIME FOR DIVERSITY!