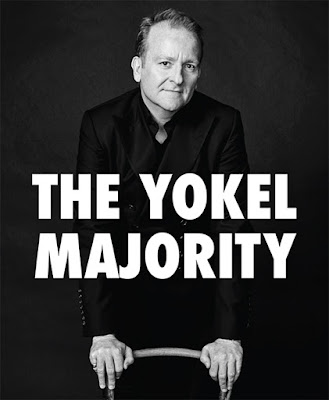 Adweek reported on Brad Jakeman, who is now sporting the title of senior advisor and consultant for PepsiCo. Sorry, but the man puts the con in consultant. At the annual conference of the Advertising Research Foundation, Jakeman essentially regurgitated bullshit excuses for the infamous Pepsi-Kendall Jenner video, claiming that marketers face a conundrum (another con word!) because “the vocal minority” has a lot of influence in society.

First of all, Jakeman should not use the word “minority” when discussing work that showed complete disrespect to, well, minorities. Refusing to admit to cultural cluelessness—and blaming the problem on the offended minorities—displays ignorance of the highest order. It must also be noted that, in the case of Jakeman’s Pepsi-Kendall Jenner debacle, the majority of citizens recognized the brand’s fumble. So the man is ignorant and arrogant—a potent mix that’s too common in the marketing and advertising world.

Jakeman should do everyone a favor and simply move on from his mistakes. Poorly pontificating on corporate fails doesn’t position Jakeman as a thought leader, but rather, as a thoughtless loser.

Brad Jakeman, senior advisor and consultant for PepsiCo and the former president of PepsiCo’s Global Beverage Group, is no stranger to controversy as the head of the in-house creative group responsible for one of the biggest brand fails of 2017.

At the Advertising Research Foundation’s annual conference on Tuesday, Jakeman sat down with ARF president Scott McDonald to talk about brand crises like Pepsi’s maligned Kendall Jenner spot, as well as other recent brand faux pas, which he attributed in part to a divided society, the mainstream media, vocal minorities, social media and inadequate tools.

Jakeman said it sucks to be a marketer today—probably more so to work in consumer insights—because of what he called “the marketer’s conundrum.”

“I call it a conundrum because particularly with younger consumers, they are expecting the brands they do business with to stand for something, whereas maybe 10 years ago, it would have been enough to feel comfortable that brands weren’t doing harm,” he said. “Now they expect not just [that brands] won’t do harm, but they’ll take a point of view and make society better.”

“Generally, it’s an exciting time—brands are expected to attach themselves to issues that make society in some way better,” Jakeman said.

At the same time, there are two sides to most issues, and brands must understand opposing views as well, and most tools for marketers don’t provide insights on what Jakeman called “the vocal minority.”

“Most cases of the brand faux pas, where brands have been misinterpreted in social statements or facts … came from a vocal minority empowered by broad-reaching social platforms that then feed into the mainstream media,” Jakeman said. “That’s the world we live in right now.”

Most analytics tools are focused on a target audience and how it will respond, but just because someone is not likely to buy a product doesn’t mean they won’t comment on the message.

“We are trained as insights people and marketers to look for gross positives and negatives,” Jakeman said. “We’re looking for ‘Do X percent of people like [or] dislike it; are they moved by it or not?’ when in actual fact you can find yourself in hot water as a consequence of one to two people who happen to have a Twitter following of hundreds of thousands who are a smaller group in society that has a particular issue to move forward and don’t respond positively to your work.”

And when brands don’t have the tools to see outliers and understand where the brand risks are, missteps happen.

“In the last 12 months, whether it was the H&M issue, the Dove issue, whether it was the Pepsi issue, … we have lived through big brands wandering into places they did not intend to wander into,” Jakeman said. “What amuses me is when you look and everyone jumps and calls them idiots and says they didn’t research or it was made by a rogue group … no, none of that is true. It’s just that the work that big brands publish today is under much more scrutiny by many more people in a much more divided society than it has ever been ever before.”

Jakeman’s hypothesis: The tools the industry has traditionally relied on to make sure the work is having the desired effect are not as relevant in the world in which content is now published.

Jakeman also advised brands to replicate the context in which consumers see creative as closely as possible because the media is in a rush to put out clickbait headlines sourced from Reddit and Twitter trends, and consumers are rushing to judge brands on that basis.

“The example I give is the Dove issue—somebody extracted three seconds of footage out of something much larger, and despite years of work, Dove has done for African-Americans and women, everyone was quick to rush to, ‘Aha!’—that is the real … darker, more devious insight, and that’s terrible that we live in that society,” he said. “There are the keyboard warriors, and all of a sudden, Unilever is dealing with a brand issue. I lived through a similar story on Pepsi, and it was very unfortunate.”

“Brands are now in this state of kind of paralysis—a state of, ‘Oh, my god, the worst thing that can happen is if a group rises against us,’” he said. “Get over it. It will happen at some point if you want to be a relevant brand.”

To protect a brand from long-term damage, Jakeman said, first consider whether the issue is something the brand can credibly contribute to or whether it will be accused of jumping on the bandwagon. Then, make sure the space aligns with the brand’s values and, finally, assume there will be an issue.