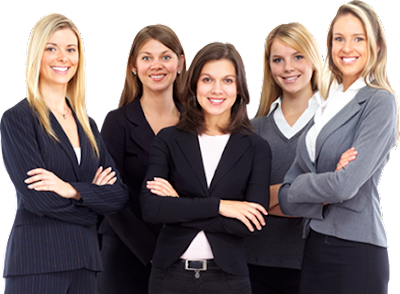 Adweek reported on a Cannes study revealing that gender equality smokescreens in adland have not benefited women of color. Wow, what a shocking revelation! Can’t wait to hear what diverted diversity divas Kat Gordon, Madonna Badger and Cindy Gallop have to say on the polling data. “Absolutely, the industry’s movement has not engaged or been very responsive to women of color,” chirped IPG Chief Diversity and Inclusion Officer Heide Gardner. “Frankly, I think it’s because most of the advocates are not women of color and that they just haven’t been aware that the game is different. … It is impossible to advance gender equality without dealing with other dimensions of diversity and identity.” Not sure what planet Gardner has been living on, as the White women’s bandwagon has been rolling merrily along for quite a few years. It is completely possible to advance gender equality while ignoring true equality—and our ever-exclusive industry has been doing exactly that. On Madison Avenue, White women have shattered the glass ceiling, but women of color have been relegated to cleaning lady roles to sweep up the shards.

Given last week’s intense debates about Publicis and Marcel, one may have missed a major topic of conversation at the 2017 Cannes Lions festival: diversity, or the persistent lack thereof.

Several panels sponsored by companies like The Wall Street Journal addressed the matter only yards away from Mother London’s #CampaignForEquality billboards that featured industry personalities like Martin Sorrell and Cindy Gallop calling for more women in leadership roles. In an interview with Adweek, HP CMO Antonio Lucio also restated a dedication to diversity at both his own company and its agency partners.

But for all this talk, the movement has quite a ways to go. Research unveiled during last Wednesday’s IPG Women’s Breakfast panel found that marketing campaigns still traffic in stereotypes. And despite the ad industry’s highly visible efforts to move beyond a history of inequality, many feel ignored or left behind—especially women of color.

A study commissioned by IPG, National Geographic and female-focused media brand Refinery29 examined intersectionality and gender equality by way of a survey involving 4,000 women in five global markets and a series of in-depth follow-up interviews.

It found that the equality movement, as it were, has fallen short in both the global workforce and a marketplace still saturated with gender stereotypes.

A majority of survey participants think marketing remains dominated by such cliches (54 percent). Perhaps for this reason, most said these campaigns feel irrelevant (51 percent), and they do not believe that brands on the whole care about their personal experiences (53 percent).

“Given the changing landscape of consumer trends and how we are defining ourselves across many dimensions, it is surprising that the stereotypes we have used for so long are still quite prevalent,” said National Geographic evp, chief marketing officer Jill Cress.

She continued, “Take the current conversation around gender, for example, where around the globe we find individuals and organizations [like Facebook and Tinder] redefining traditional notions and expressions of gender identity. As marketers, we must also recognize this changing landscape and understand the layered identities of our customers.”

Surprising as they may be, the IPG study’s findings fit with another piece of research from JWT and the Geena Davis Institute, which found that women remain under-represented in marketing campaigns by a striking margin of four to one.

Why have brands not corrected this imbalance despite the oft-repeated fact that a vast majority of consumer purchases are made by women?

“If marketers and agencies can go beyond the demo and psychographic definitions of women leveraged for marketing campaigns, and look at the small but important nuances of how women see themselves, we can start to see change taking place in creative and advertising,” said Hallie Johnston, Refinery29’s svp of client services and strategy for branded content.

The company’s own marketing efforts draw from what Johnston called “the power of niche audiences to move ideas at scale.” She said, “the more you can get closer to the micro topics and issues that women care about and reflect back a mirror of their mindset in marketing, the more you can humanize your brand and drive more engagement with your audience.”

This increased focus on targeting and personalization is in keeping with the findings of a survey in which only 44 percent of participants called womanhood “a universal experience.”

Marketing strategies aside, the survey’s most striking findings concern the business world’s inability to improve its own diversity numbers, along with employees’ reluctance to speak out on the matter.

Seventy percent of women around the world said their workplaces are not diverse, and 53 percent do not believe gender equality has been achieved in either a professional or societal context.

Despite these sentiments, only 34 percent of participants said companies need to focus on “building an inclusive environment”—and a mere 22 percent agreed that women of color should hold more leadership roles.

These numbers are hardly surprising to veterans of a notoriously monochrome industry. While agencies have made a point of promoting more women to prominent positions in recent years, the overwhelming majority of those executives are white.

“Absolutely, the industry’s movement has not engaged or been very responsive to women of color,” said IPG chief diversity and inclusion officer Heide Gardner. “Frankly, I think it’s because most of the advocates are not women of color and that they just haven’t been aware that the game is different.”

Gardner continued, “It is impossible to advance gender equality without dealing with other dimensions of diversity and identity. Consider this: the overall wage gap for women in the US is 76 percent, but for Black women it is 64 percent and Hispanic it is 52 percent. It is mathematically impossible to solve this issue without solving for women of color also.”

“Even the stereotypes they have to overcome are different,” she added. “We did a program on Black women in leadership and motherhood did not come up once in the discussion. How people experience the world is driven in part by their identity.”

Progress is impossible without change

Despite overwhelming support for diversity and inclusion in the abstract, only 24 percent of respondents in this survey said they would speak up if uncomfortable with the “-isms” directed toward colleagues or consumers.

In other words, many decline to take action even in cases of problematic behavior and tone-deaf campaigns.

Given these discouraging findings, how will the ad industry—and the business world at large—begin to live up to its own promises? And how should young women and minority candidates who want to enter this field proceed?

“I’m not just a woman of color, I’m also a mother—and I think that I would say to my boys, ‘It is what it is, and you have a decision to make,’” said Gardner while noting that advertising is hardly the only industry to fall short on this front.

She added, with cautious optimism, “I really do think that we are beginning to move beyond that everlasting ‘conversation’ into more action. But if young people decide to join or stay in our industry, they also need to choose wisely. Diversity and inclusion is a value proposition … if the emperor has no clothes, hide your eyes and move along.”

A study released earlier this week by Ketchum and Fast Company argued that blind hiring, especially for entry level positions, could increase diversity. But Gardner countered, “Just having a blind resume process isn’t going to help if your job specs are biased … or if you ask biased interview questions and don’t have a clear framework for decision making.”

“We are not retaining and advancing people of color, in part, because of our business models and compensation strategies—but also because of the environment and lack of proof points for upward mobility,” she said. “I also believe we have talent on board and ready to go and they are probably underutilized.”

Unfortunately, the study’s findings indicate that this debate will continue and that women, particularly women of color, will face the same frustrations until a perceived need for action grows more urgent.

In the meantime, the fact that most executives—and reporters—addressing the matter are both white and male does little to move the conversation forward.

I’m one of those women of color the ad industry has left behind. If you speak up about blatant jaw dropping racism in a Madison Avenue agency, you can kiss your job goodbye. HR departments and not so anonymous hotlines are a joke.

If you advocate in even a small way for more women of color, agency leadership responds by shoving foreign females on work visas in your face as proof of their support for diversity.

Newsflash, a white Australian, Israeli, English, South African etc. woman does not equal a black or brown woman. It certainly stops us from having conversations about ethnicity in advertising, though. Agencies are too busy celebrating gender diversity and diversity of thought.

I’m getting mighty fed up with seeing only white women get ahead with all of these new diversity initiatives and promises, and then getting told I have a chip on my shoulder when I point it out.