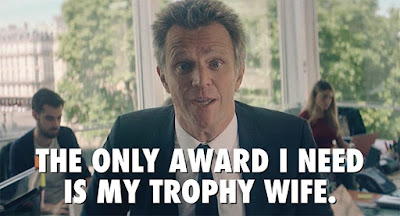 Adweek reported new Publicis Groupe CEO Arthur Sadoun is banning his White advertising agencies from participating in award shows and trade shows for 2018 as part of a cost-cutting move. Guess Sadoun has to make up for all of his predecessor’s compulsive digital spending and infamous failed merger deal. One thing is certain: The bold action will clearly show that holding companies like Publicis Groupe spend far more on pursuing trophies than promoting diversity.

Publicis Groupe will be sitting out the 2018 Cannes Lions festival. The reason? To save money.

New chief executive officer Arthur Sadoun made his first dramatic mark on the holding company this week by forbidding all of its agencies around the world from participating in awards shows, trade shows or other paid promotional efforts for more than a year.

According to an internal memo written by CEO Frank Voris of Publicis Groupe’s financial services unit, Re:Sources, Sadoun’s company is “looking for 2.5 percent cost synergies for 2018” and hopes to achieve those savings, at least in part, by “eliminating all award/trade shows for the next year.”

The memo notes that Re:Sources “will not participate in any vendor conferences, industry trade shows and/or award shows effective July 1.”

“This is mandatory and exceptions will not be approved. … Award/trade show ban is effective for the entire Groupe, not just Re:Sources,” the memo states.

The news comes on the same day Sadoun announced the launch of Marcel, a platform designed to serve more than 80,000 employees in 30 different countries and described as “the first-ever professional assistant that uses AI and machine learning technology.”

The announcement is in keeping with an earlier video in which Sadoun said he wants Publicis Groupe to function as “a platform” rather than a network as part of its larger “Power of One” strategy. In some ways, the Marcel presented in the video above resembles Source, a “gamified” global operating system and collaboration tool developed by Omnicom media agency PHD in 2012.

When speaking to Adweek about Marcel, Sadoun did not directly address whether Publicis Groupe will be sitting out next year’s Cannes festival. He did, however, note that Marcel will debut during the 2018 VivaTech conference in Paris, which directly precedes Cannes. He also stated that Publicis Groupe would not be using any of its budget for self-promotional purposes during the development of Marcel.

According to the Voris memo, Sadoun made these announcements during his first “management session,” which occurred in Paris over the weekend.

A Publicis Groupe spokesperson declined to elaborate on the news beyond Sadoun’s statements and denied the plans have anything to do with “cost synergies.” Re:Sources representatives have not yet responded to requests for comment.

A Cannes Lions press contact has also not responded to a query regarding Publicis Groupe’s apparent decision to sit out the 2018 festival.

Earlier this year, the Re:Sources organization went through a round of layoffs attributed to “automating some of its financial operations in order to deliver globally standardized financial [and] accounting services.”