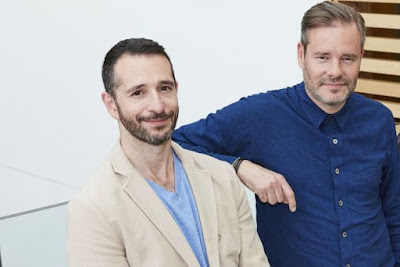 London agency AMV BBDO is creating a number of permanent half-time roles for female creatives in a bid to retain talent in its creative department.

The shop, whose clients include Pepsi, Mars and Guinness, is currently recruiting for eight to 10 half-time roles for its creative department, with a view to rolling the program out across other departments in the future. The roles will be built around half the working hours required in standard working contracts.

The aim is to identify the best creative talents who may have taken a career break. Male parents who are in a primary care role and are attempting to return to work are also eligible to apply.

Executive creative directors Adrian Rossi and Alex Grieve said the initiative was born out of a realization that “experience is extremely undervalued.”

“There are a lot of women coming into this industry, but very few at the top and there is a dearth of experienced women in their 30s and 40s,” said Grieve.

“We spoke to a lot of women about this, and sometimes when they do come back, the conditions are patronizing and the work not that exciting,” added Rossi. “Returning can be disappointing: for example they are given a non-challenging brief and kept away from the best clients. We want to make sure they have access to the best briefs.”

So far, around two dozen people have applied for the roles, with both internal and external candidates applying. Each new hire will be connected to an industry mentor to help with their transition back into work. Rossi said that these could include clients, or senior women from production companies, as well as creative agencies, and that each mentor would be handpicked for each new hire.

Grieve and Rossi said that while no direct pressure came from clients, they spoke to several senior female clients before launching the effort, in order to get their advice. The scheme has been approved by the wider BBDO network.

Several networks and holding companies now have plans to boost female leadership—for example, DDB’s “The Phyllis Project” and Omnicom’s “Omniwomen”—and other agencies, including CP&B in London, have offered “returnships” to women returning to the workplace. However, AMV believes its program is the first—at least in London—to offer permanent roles.

“We want to put a flag in the ground here,” said Rossi. “It’s not a transient gesture.”

The list of diversity issues that are more important to ad agencies than hiring anyone black or brown grows longer by the day.

Funny how there are all these splashy, flashy initiatives all of a sudden benefiting women in general (and white women in particular scoop up all the prime opportunities) when no agency could be bothered to do the same for ethnic diversity for decades.

It's also telling that when it comes to gender, the industry assumes that women (again, mostly white women) are so perfectly suited to advertising that initiatives must target mid career women, while ethnic initiatives, if they exist at all, must target high school students and interns that presumably must be taught what advertising is and which end of a spoon to hold before they're allowed near the pristine doors of the profession.

What a load of rubbish I think that this is a great initiative and BBDO should be praised for their efforts to help women of all creeds back to work. How can this be classed as a ethnic issue I am Afro Caribbean and this is not about race you stupid woman?

Well done Adrian and all at BBDO this is a great initiative it is aimed at all women it is not a matter of colour but of talent. Keep up the good work. That previous women is a Moron

My question is, why are agencies like BBDO so willing to launch and support effective schemes aimed at women NOW, while ignoring multiple pleas for meaningful help with ethnic diversity for decades and decades?

I'm left with the feeling that some issues are worth their time, enthusiasm, energy and solutions, and others (like racism) simply aren't interesting or urgent enough.