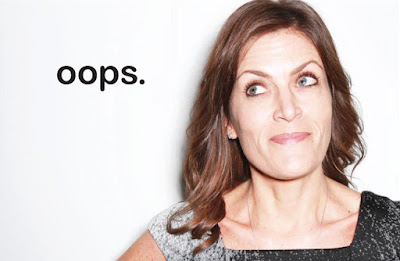 This is not surprising.

Advertising agencies partnering with shady individuals is hardly unprecedented. After all, WPP continued to employ Gustavo Martinez while he was embroiled in an infamous discrimination lawsuit against JWT and the White holding company. Besides, Royer’s alleged transgressions didn’t transpire in the Omnicom network. Let’s hope his freelance contract included stipulations to keep his pants on during working hours, as well as maintain zero contact with DDB females unless closely monitored by multiple senior-level executives.

Adweek also revealed that DDB Global President and CEO Wendy Clark initially denied Royer had been freelancing for her, but later confessed she had recruited and retained him. The admission apparently prompted navel-gazing, hand-wringing and teeth-gnashing angst at TIME’S UP Advertising, and Clark subsequently resigned from her position on the group’s steering committee—although she’ll keep her membership status. Clark’s mea culpa stated, “Regrettably, I fell into a traditional paradigm of business first and given the choice again I would do things differently. … I want to thank Time’s Up for being a moral compass, and supporting both our teams and me, personally, as we work through this defining moment, to ensure that in every way and everything we do our agency is a safe, fair and dignified place to work.” Oh, and Clark’s steering committee replacement is a DDB employee.

All of this is not surprising.

For starters, Clark has demonstrated time and again that she is a global bullshit artist and world-class liar. She hollers about her restless ambition for diversity, yet hires for divertsity, bringing on more White women and White men. And now, she’s proven that she’ll hire an alleged sexual harasser over other qualified candidates and minorities.

Sadly, Clark feigns complete ignorance regarding the wide impacts of her dishonesty. As a public service and professional courtesy, MultiCultClassics will humbly offer food for thought.

First, Clark’s false apology—“Regrettably, I fell into a traditional paradigm of business first…”—shows her inexperience and insanity. There was no “traditional paradigm” involved. Rather, Clark engaged in traditional denial and deception. She used the default alibi for people afraid to do the right thing. Management expert Peter Drucker stressed that “business ethics” do not exist. Ethics are ethics, with no special qualifiers or subcategories. Believing otherwise leads to the slippery slopes that Clark is sliding straight down. The woman lacks character and integrity. Period.

Second, Clark disregarded her Omnicom compatriots on a host of levels. Simon Sinek said, “Leadership is not about being in charge. Leadership is about taking care of those in your charge.” Hiring Royer made lots of DDB and Omnicom staffers feel uncomfortable, unhappy and unsafe. Sorry, but hiding behind “a traditional paradigm” is inexcusable—especially for a “leader” espousing the imperative for diversity/divertsity. Clark also disrespected teammates like Tiffany R. Warren, who has been a loyal soldier and stalwart company representative, boldly preaching inclusion and gender equality. Keep in mind that ADCOLOR® is owned and operated by Omnicom too. Sister White advertising agency BBDO recently instituted a quota for hiring White women. Pioneer of Diversity and Omnicom Chairman and CEO John Wren is tainted as well. And the list goes on. In short, Clark wasn’t taking care of those in her charge—rather, she was taking care of herself.

Third, the issues mentioned in the preceding paragraph can be extended to a vast range of industry figures—from Cindy Gallop to The 3% Movement to Diet Madison Avenue to beyond. Clark’s asinine action adversely affected advertising people far outside of the Omnicom universe. Not to mention the modern-day Mad Women and Mad Men who’ve experienced sexual harassment firsthand and fear speaking out after seeing perpetrators get off scot-free—and freelancing to boot.

Fourth, Clark’s fibbing and finagling call into question the concept of forgiveness. It’s bad enough that Clark will likely be forgiven for her hypocritical blunder—while any man committing the same screw-up would have been absolutely fired upon and undoubtedly fired. But if Royer could be absolved of his misconduct, why not Joe Alexander, Tham Khai Meng, Ralph Watson and the rest? Hey, let’s stretch the pardons to Neil French and Kevin Roberts—and don’t exclude Jim Palmer.

Fifth, Clark put her potential client in possible dire straits from a PR perspective. Should Omnicom win the Volkswagen pitch, what happens when the public—with its growing support for #MeToo—learns that the automaker unwittingly collaborated with an alleged perpetrator? Heaven forbid the inquiry might escalate to examine the dearth of diversity displayed by DDB and Omnicom.

Finally, it’s offensive and obscene for Clark to gush, “I want to thank Time’s Up for being a moral compass…” Um, Adweek’s exposé served to ignite the measurement of morals in this mess. Clark should know that a real leader serves as the moral compass for her company. And regarding Royer, diversity and divertsity, she should know better.

If there’s any sign of progress to spot here, it’s that Wendy Clark ultimately acted with the unequivocal equality of a White man.

Time's Up Advertising was only ever about optics, and stalling lawsuits. The industry had to say they were doing something before the flood of court cases started to snowball or more people started spilling the beans and airing agencies dirty laundry on Diet Madison Ave.

When they hosted their big event it was to promote how much the participating agencies were committed to diversity, not to actually accomplish anything. Women of color could have told you that, because they were locked out in big numbers when the organizers shut out the freelancers (where WOC tend to be, because agencies are so dismissive of hiring them full time). TUA rescinded their invites and told them it was for agency full time staff only.

It was only when those WOC started talking and comparing notes that they noticed the pattern and sounded the alarm. All that turned into was Times Up Advertising tossing them a second hand bone and offering a second smaller session the day after the big one, like a consolation prize or leftovers, and only because the trades noticed.

So what's the driving force and spirit of Times Up Advertising? Making sure that white women have their day in the publicity spotlight before anyone else is allowed in the room. None of this Wendy Clark news is the least big surprising.

Forbes is at it again. An all white panel speaking about their expertise on multicultural advertising. This looks like pay to play. Pay money, get to have your voice surpass POC in the industry.