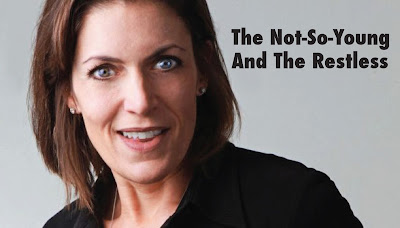 Advertising Age published more diverted diversity by presenting mumbo jumbo from DDB Worldwide North America CEO Wendy Clark, who declared the industry must “stay restless” on gender and diversity issues. “We will not rest until our company reflects the marketplace we serve,” hollered Clark. “It’s a very clear and simple objective and it’s something I think is entirely possible if we stay focused on it.” The Ad Age article then went on to highlight all the ways Clark has helped White women advance in the field. Clark should give it a rest. Or better yet, insist that DDB’s parent holding company—Omnicom—release its EEO-1 data. It’s entirely possible if shareholders stay focused on being honest and transparent.

DDB Worldwide North America CEO Wendy Clark said the industry must “stay restless” on the discussion of gender and diversity issues on day one of the American Association of Advertising Agencies annual Transformation conference.

The Coca-Cola marketing veteran, who is 78 days into her chief executive role at DDB, said the lawsuit against WPP and J. Walter Thompson’s former CEO Gustavo Martinez is “terribly sad for everyone involved.”

“We have to stay really focused on this discussion. We can’t allow it to become a conversation when something goes wrong,” said Ms. Clark, who added that the industry must talk about it, report on it, and judge and measure itself.

“We will not rest until our company reflects the marketplace we serve,” she added. “It’s a very clear and simple objective and it’s something I think is entirely possible if we stay focused on it.”

While at Coke, Ms. Clark—one of Ad Age’s 2016 Executives to Watch—headed the women’s leadership counsel. When she began leading the counsel, she said the company had 19% women in leadership roles, and when she left Coca-Cola at the end of 2015, the number jumped to 32%.

“Talent is made up of a lot of things, but gender is not one of them,” said Ms. Clark. “Talent has no race, no religion, no sexual orientation, no age.” DDB is putting unconscious bias training into place for all leaders across North America, as well as anyone involved in the hiring process, and by the end of the year, it will touch all 2,000 employees in the region, she said.

Ms. Clark also touched on the important role the industry has on the country as a whole. She said the industry must have a voice and take responsibility to stand up for values it believes in. “We as an industry are the communicators, the content creators, the messengers and the marketers. We have an opportunity—in fact I’d say a responsibility—to create a marketplace, an environment that represents the values that our industry was built on and our country was built on,” she said.

On the work front, Ms. Clark said agencies today must be able to do good work at the speed and pace of the market in an efficient manner. Agencies, she added, have to help clients realize the inefficiencies and redundancies within their own organizations, while also understanding the pressures and challenges faced by brand marketers on any given day.

In addition to talent, Ms. Clark said collaboration is “at the root of speed and efficiency.” She introduced DDB Flex, a new approach for the agency focused on cross-capabilities and collaboration with other agencies, media partners, marketing partners and clients. DDB has started using this method with clients like McDonalds, State Farm and Clorox.

“In a marketplace that demands collaboration, how people work is equally as important as what they do,” said Ms. Clark.

and in today's cultural appropriation news,

Seriously, what IS it with agency people and hip hop?

I swear every agency I've ever worked in has That One Person Who's Definitely Not Black but holds themselves out as an encyclopedia of hip hop authenticity, and tries to work it into allllllllllll creative.

Without a black staffer around for miles.