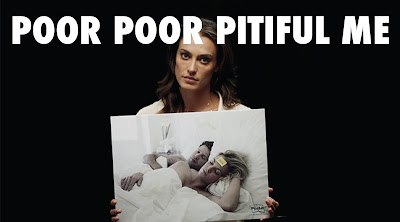 Adweek reported on the diverted diversity discussions continuing at the latest 4A’s Transformation Conference. According to Adweek, “Nancy Hill, president of the 4A’s, added a last-minute panel Thursday morning with the goal of having an open, unplugged conversation about diversity.” Okay, but the main topic was really about promoting White women in the field. At the 2010 Transformation Conference, MultiCultClassics won a competition and presented The Cultural Competence Contest to protest the lack of diversity in the advertising industry. In 2016, the “open, unplugged conversation about diversity” is just a Caucasian girlfriend get-together. Now that’s a transformation.

What the Advertising Industry Can Do to Finally Create Gender Equality

Gender equality has been a major topic of conversation at this year’s 4A’s Transformation conference. From the sessions on stage to discussions over drinks, equality seems to be on everyone’s mind. So much so that Nancy Hill, president of the 4A’s, added a last-minute panel Thursday morning with the goal of having an open, unplugged conversation about diversity.

Hill sat on the panel with Aaron Sherinian, chief communications and marketing officer of the United Nations Foundation; Madonna Badger, chief creative officer of agency Badger and Winters; and Shelley Zalis, CEO and founder of The Girls’ Lounge.

The panelists all agreed that change isn’t happening quickly enough. Zalis cited a recent study from McKinsey & Co. that showed gender parity in the C-suite will take 100 years at the rate we’re going.

So what can the industry do to stamp out sexism and gender inequality?

“The best news is that this is something that, as agencies, we can start the practice of respecting the dignity of women in advertising literally tomorrow,” Badger said. Badger and her agency recently pledged to stop objectifying women and men in their ad campaigns. The “Women Not Objects” campaign went viral as soon as it hit the Web in January.

“Women control over 80 percent of purchasing decisions in this country, and yet over 91 percent of them feel like they don’t connect with the advertising they are seeing,” Badger added.

Hill said it starts with diversifying leadership and hiring more women at agencies at the creative level to ensure women’s ideas are being heard. A few years ago, she pitched a TV campaign idea to DirecTV about astronauts controlling TV channels from space. When she saw the ad, the entire cast was men. The creatives said they didn’t know of any women astronauts so it never occurred to them to put a woman in the spot.

“If you don’t have a woman at the table to say, ‘Hey, wait a minute. That’s not right,’ then chances are that creative will get through,” Hill noted.

Additionally, taking a closer look at middle management, or the “messy middle,” could be another starting point. While the industry starts out with an equal split of men and women, it tapers off at the top. Women in middle management often begin thinking about starting a family, while men think about moving up. Plus, men “really don’t know how to take on supporting and encouraging this gender equality conversation because they haven’t really trained,” Zalis added.

Hill went back to the fact that diversity and equality starts at the top. CEOs, she said, should also function as chief diversity officers, tasked with creating a balanced and equal workplace.

Gustavo Martinez slamming women, Jews and Blacks (the press and trades left out all the racist things he said about any Latinos darker than a paper bag), then THAT got watered down to...

Seriously, how did it go from 100 to 1 so fast? From a lot of baggage and issues and sexism AND racism to the same single issue of white women putting themselves front and center in this conversation yet again?

They're the only ones who ever benefit from the discussion of diversity in anything.