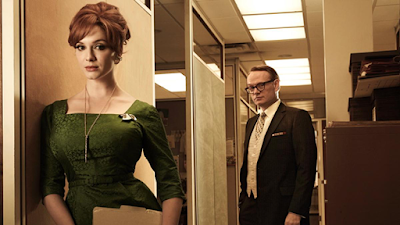 Adweek rendered a ridiculous report regarding responses to the resignation of former JWT Worldwide Chairman and CEO Gustavo Martinez, featuring a subhead that read, “Diversity advocates see mixed signals in ouster of JWT’s Martinez .” The ridiculousness comes from using the label of “diversity advocates” in reference to the idiots interviewed.

“This is a moment where people will look at us and wonder whether there is progress being made. This is the time to redouble our efforts. There are lots of efforts being made, and I think that will continue; this is definitely not the time to take our foot off the gas. It reminds everyone, whether in the ad industry or society at large, that this is a systemic issue everywhere. We are not exempt.

“We’re pretty proud of our efforts. We have [global chief creative officer] Susan Credle, and we have Dana Maiman who runs FCB Health, which is one of the biggest healthcare practices out there. Under [global CEO Carter Murray], probably half of the team members are women. We are very proud and we are just beginning, but we don’t need to be an exception.”

Augustine is exceptionally dumb. She hinted at her dumbness when ripping Raven-Symoné last year, and confirmed it with this latest verbal vomit. To excuse the industry’s diversity disaster as “a systemic issue everywhere” is dodging responsibility and accountability in grand style. To proudly point to promoting White women as progress is pathetic. Sorry, but FCB today is closer to being like IPG sister agency Campbell Ewald versus the revolutionary company envisioned by former Draftfcb President and CEO Laurence Boschetto.

“No agency is immune from instances of sexual harassment. Nor does it indicate a toxic agency environment. The single most critical thing is that an agency has a clear no-tolerance plan in place and that it enforces that policy swiftly and emphatically should proof of harassment be in evidence. The JWT case is a cautionary tale of what happens when an agency fails to take complaints of harassment seriously when they are first raised.”

Of course, Gordon only sees a sexual harassment case, despite the fact that the charges include anti-Semitism and racism. Additionally, she’s delusional to believe any agency “has a clear no-tolerance plan” that’s actually being enforced. Hell, she’ll probably have trouble finding takers for her certifiably inane certification program to benefit White women.

“If the JWT allegations are true, the world just witnessed that sweeping it under the rug is a terrible strategy. … Maybe at this point we can all agree, there’s a better way to address harassment claims. Now company leaders need to state loud and clear that it’s the right thing to do and it’s safe to do it. The unwritten rules that have been at play from the beginning of time need to be torn up, and new ones that support employees need to be displayed in neon in our workplaces. Nothing short of consistent demonstrations that claims will be met with swift action, with no penalty to the employee, will convince people they can and should bring their problems forward. … This could take a while. If history shows [plaintiff Erin Johnson] told the truth, history will show she was a very brave person who helped us all.”

Vonk views the JWT scenario as primarily a sexual harassment case too, which isn’t surprising, given that her “diversity advocate” title is the result of having spanked Neil French in 2005. However, Vonk’s pontifications regarding protecting whistleblowers are outrageous. The woman is clearly ignorant regarding the many minorities who’ve been blacklisted for protesting the discrimination and racism still prevalent in the advertising industry. It should be noted that Vonk’s French rant was titled, “Female Like Me,” an apparent nod to the popular “Black Like Me” book.

For Adweek to deem these three stooges “diversity advocates” is a sad reflection of the state of affairs in the advertising industry, where diverted diversity is the inclusive bandwagon of the moment. Why has no one been asked to comment on the anti-Semitism and racism in the scenario? Could Adweek even identify individuals qualified to speak on such matters? It would be a monumental challenge for anyone to name five legitimate diversity advocates working on Madison Avenue today.

White women can afford to speak up in the press.

People of color can't. Not based on the black men and women who've been outright blacklisted from the Madison Ave. agency world for good, anyway.

People talk. We all know who they are, we've heard their stories, and we know what happens when you're ethnic and raise your voice in advertising.

There's no one there to support you, no one there to speak on your behalf, and sure as hell no backup from the agency or holding company side of things. No 3% Conference, no group with any clout, and fewer and fewer faces of any color each year that passes so it's not like you're going to get a mass of people to rise up and support you.

Raise one peep about racism if you're not a white woman or a white man, and you can kiss your career goodbye.

https://www.youtube.com/watch?v=kcyZhe2RnQk Yes the industry does have a diversity problem. Ive never seen an industry so rife with diversity issues. Notice how no white female has the guts to speak up for minorities. The female they hired actually compliments him in a memo sent out to JWT employees. Meanwhile you have black diversity officers at every holding company ready to defend racists and company interests at any costs. Donald trump is a saint compared to the people that run diversity in advertising. Im also glad that JWT supports adcolor. http://www.jwt.com/blog/tag/diversity/ . Yes the industry has always beenl racist, thats never changing.

I'm about to step out of this industry for good because it's so mentally draining to have to hear racial shit EVERY. SINGLE. DAY. Not like that "microagressions" bullshit. I mean cold, flat out racism from agency producers and creatives and account managers.

The whole "speak up" thing works great if you have a steady paycheck and the support of HR and your team. I have none of that. Because I'm always the only damn person in the room. Know what happens when you speak up in front of a group of entirely white people in an agency? YOU LOSE YOUR JOB BECAUSE THEY FREEZE YOU OUT COLD.

Plus I've seen amazing, talented black men and women who have spoken up, and recently (I'm not talking in the Civil Rights era, I mean in the last two to three years), get shown the door. Their phones stop ringing if they were freelance, their jobs dry up to nothing and they have to go to another industry.

Where the hell does that leave me? Other than on my way out of advertising?

The worst feeling of all is that I'm not alone. There's like ONE of me at every single ad agency in the world of Madison Ave and none of us can do a damn thing about it.