13125: Why Gustavo Martinez Should Be Fired. 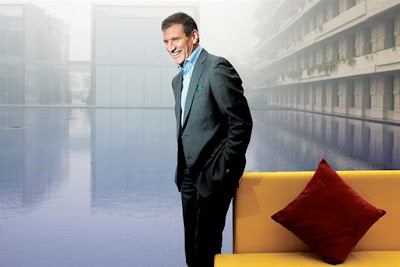 Campaign Editor-in-Chief Douglas Quenqua wrote a perspective on JWT Worldwide Chairman and CEO Gustavo Martinez, essentially confirming the man is quite capable of committing the alleged bad behavior that led to a discrimination lawsuit. Quenqua included a quote from Martinez that read, “I consider myself global, and I want to consider this company global, because that is one of the added values that we can offer to the clients.” Should the charges against Martinez prove to be true, the man ought to be terminated. But not just because the nasty deeds he’s accused of executing are unlawful. No, he should first and foremost be fired for failing to meet the self-defined requirements and responsibilities of his role. If Martinez considers himself global, he must also consider that the actions and attitudes that might be acceptable in his homeland don’t play on a global stage. Another consideration involves the hypocrisy he represents given the JWT dedication to diversity and the WPP stance on diversity—as well as sister agency Ogilvy & Mather’s patronizing pontifications on gender issues via the Dove Real Beauty campaign. Martinez’s alleged racist and sexist violations create a hostile work environment where minorities and even White women would not feel welcome. BTW, is it a coincidence that Neil French was also employed by WPP?

J. Walter Thompson’s new CEO was supposed to be a new kind of executive. Which is why I thought I couldn’t believe my ears

The tape wasn’t rolling yet when Gustavo Martinez said something I literally couldn’t believe.

I was at JWT’s midtown flagship to interview Martinez as he reflected on his one-year anniversary as chairman and chief executive of J. Walter Thompson, one of the biggest advertising companies in the world. We were seated at his desk, making small talk about our lives as I fished around for my notebook and recorder.

In passing, he told me he had moved to Westchester briefly, but it hadn’t worked out.

“Too many Jews,” I thought I heard.

But no, he didn’t say that. Did he? Obviously not. This was the chief executive of the world’s oldest advertising agency, a polished, media-trained executive talking to a reporter on the record. Clearly that’s not what he said.

Besides, his communications director, Erin Johnson, was sitting right there.

I dismissed it immediately. Some combination of my hearing loss and his rapid-fire, thickly accented speech, I decided. I put it out of my mind and moved on. Frankly, I never thought of it again.

Then came news this morning that Johnson had filed a discrimination lawsuit against JWT and Martinez, claiming he regularly made vile comments about raping her and other female staffers. That he joked about black people being “monkeys.” And that he had complained about “fucking Jews.”

And once, the lawsuit said, he told a reporter he disliked Westchester because it had “too many Jews.”

The advertising industry is no stranger to racism and misogyny. People who only know the business from “Mad Men” could be forgiven for thinking they were founding principles. And lord knows the marketing world still has a lot of diversifying to do. Just this week, the Marketing Hall of Fame announced its three latest inductees. Was anyone surprised to see they were all male and white?

Martinez, who vehemently denies the allegations, was supposed to be a step in the right direction. Born in Buenos Aires, raised between Italy and Canada, and now the boss of adland’s oldest institution, he was touted as the new face of advertising in America. He even hit all the right notes during our talk.

“I consider myself global, and I want to consider this company global, because that is one of the added values that we can offer to the clients,” he said.

Over the past few hours, private conversations with past and present colleagues of Martinez have revealed no other instances of outrageous remarks. But those conversations have also revealed less shock than one might expect. Love him or hate him, Martinez has a reputation for not being politically correct — at least not in the way Americans are accustomed to.

Indeed, at Advertising Week last year, 30 minutes into a panel discussion on “The Latin Spring,” the moderator called him out for stereotyping Latinos.

“Well those are all a little stereotypical,” the moderator interrupted.

“Well yes, but is good one,” Martinez replied.

Stereotyping anyone is generally a bad idea. It prevents us from seeing the person sitting right in front of us. It’s a lesson that Martinez needs to learn, and I’m glad I was reminded of. Being global and saying all the right things doesn’t make you a respected leader. Acting like one every day — that’s what it takes.

So the ad industry at large is learning what the minority ad community has known for years.

Holding companies and individual agencies can boast about their “commitment to diversity” all they want, quote diversity statistics that don’t mean much, sponsor endless diversity events, mentor all the bright-eyed diversity high schoolers in the world and sponsor diversity conferences until they’re blue in the face, but in the end…