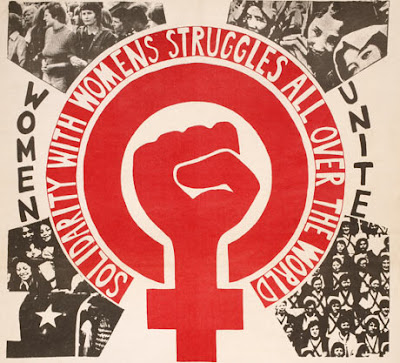 The advertising industry diverted diversity by saluting International Women’s Day with a plethora of patronizing poop. At TBWA, 100 Male Agency Staffers Read Heartbreaking Quotes From Their Female Co-Workers. The 2016 Women of Tomorrow winners were announced. Suki Thompson challenged everyone to speak out and be fearless. Tracy De Groose wrote a letter to her sons on gender equality. BBH Deputy Executive Creative Director Caroline Pay undoubtedly wants to pay it forward for females. Campaign presented 10 inspiring ads celebrating women. The Ad Club of New York President and CEO Gina Grillo unveiled the I’mPart diversity initiative is launching a program for up-and-coming female professionals. And the list goes on. Yes, let’s join together in praise of White women. Yet how many of these revolutionary advocates bothered to acknowledge Black History Month in February?

I watched my entire professional network light up and buzz about International Women's Day today. These same agency people who didn't care or do anything about Black History Month, Hispanic Heritage Month, any ethnic diversity month period, proudly climbed on the diversity bandwagon today and beat that gender diversity drum loudly.

There was an outpouring of events, articles and discussions about the role of women in advertising.

Every single time, the word "diversity" was used in there repeatedly.

But not a single damn time were women of color mentioned. Not at all.