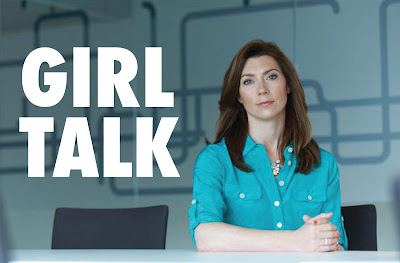 Lindsay Pattison: Let’s all try harder to walk the talk with women’s equality

Many leaders pledged parity on International Women’s Day yesterday, but we must ensure we actually deliver on our promises, says Lindsay Pattison, the worldwide chief executive of Maxus.

After some visible leaders across the globe pledged for parity to mark International Women’s Day yesterday, my hope is that they go on to deliver the goods – to make actionable changes within their organisations.

Clearly, with new analysis revealing a £300,000 pay gap over the working life of a man and woman, there is lots of work to be done yet.

In our own industry, while we start out positively with a 50/50 split, women account for just 30 per cent of leadership positions in agency roles. While media agencies are doing better than this in terms of women in management roles, our report card would still read, “could do better”.

As a woman who has reached the top, I’m sometimes highlighted as an example that everything’s now all right. Well, it isn’t – certainly not yet – and so it feels even more important now to “walk the talk” in every way I can.

What does ‘walking the talk’ mean?

I often talk to people starting out in their careers about “stepping in front of the work” and saying yes to every opportunity. Being visible. Having a voice. Building confidence and building a profile. This often means pushing ourselves beyond our comfort zone. And that place can be hugely uncomfortable.

The opportunity to practice what I preach came early this year with an invitation to do my first live TV interview for the BBC. As an advocate of women having greater visibility on public platforms, I felt unable to pass up what was an exciting – but hugely daunting – request. Public speaking is now a key part of the job for any leader, but I confess I was still really nervous about the prospect of going on live TV.

But it was also a great opportunity to champion the importance of getting more women in senior roles in our industry. Incidentally, this year’s theme at Wacl (Women in Advertising and Communications London), led by president Lindsey Clay, is “speak up”, encouraging all women to get themselves seen and heard on public platforms.

Being visible and mentoring

Women in senior roles have a hugely important role to play in giving other women a leg up the career ladder. Ensuring companies at least shortlist women for executive management and heads of department roles is one way, as well as practical changes for progressive flexible working and shared parenting policies to enable us all to work smarter day to day.

Every woman in a senior role should be encouraged to become involved in mentoring. It is impossible to over-emphasise the importance of positive role models. Senior females have a duty to lean in, speak up and be visible.

That’s why I’ve launched two global initiatives for the amazing women of Maxus. The first is called – you guessed it! – “Walk the Talk”, a programme of equality events in three regions, designed to empower about 200 of our senior women with the confidence and tools to excel in their careers. We’re also rolling out “Mind the Gap”, an initiative reviewing pay, flexible working, maternity and paternity policies. A big part of this was making our own salary data at Maxus visible (currently 4 per cent in favour of men versus a global norm of 23 per cent – good but still some way to go).

The aim with any equality initiative should not be to create an undue advantage for women, but simply a level playing field. The world I hope for is one where women stand side by side with male counterparts to drive business success together.

After all the business case for doing so is explicit: just one example is McKinsey which found a direct correlation between top-team diversity and financial performance, with a 53 per cent higher return on equity for companies ranking highest for executive board diversity.

Our ad industry has the important job of representing and speaking to an entire cross-section of society, and IPA president Tom Knox has rightly called for adland to push for diversity across the board. So I’m asking us all to walk the talk, put our money where our mouths are, lean in and speak up about equality – on International Women’s Day and every single other day.

Lindsay Pattison is the worldwide chief executive of Maxus

There seems to be a trend of white ladies making their living by working on projects involving black culture. But I don't see many black women on this list, period. Why is that?