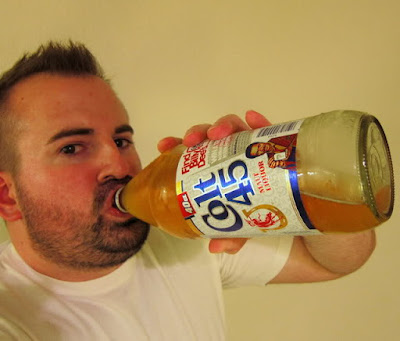 Adweek reported two more clients have dumped Campbell Ewald, and one of the abandoning clients confirmed the decision was tied to the Ghetto Day email. The trade publication even named the creative director who authored the offending email. Are the defections—in regards to firing an agency for displaying racism and cultural cluelessness—unprecedented in the history of advertising? And will it lead to actual change in the industry? It’s hard to predict. But it sure is entertaining to witness. Don’t expect IPG to add the terminations to the list of firsts in the areas of diversity and inclusion. Meanwhile, the folks at Campbell Ewald must be seriously chugging Malt 45s at this point.

Campbell Ewald made headlines both in and out of the advertising world in January for firing CEO Jim Palmer over a staffer’s racist email, and the incident still seems to be casting a shadow over the agency.

Today Adweek learned that two key clients have chosen to follow the lead of USAA, which terminated its contract with the IPG shop days after the story came to light. Financial services company Edward Jones and Detroit-based healthcare organization Henry Ford Health System will not renew their current Campbell Ewald contracts, which expire on April 17 and May 31, respectively.

Although Edward Jones would not comment on why it was ending its relationship with Campbell Ewald, a Henry Ford Health System spokesperson confirmed that its decision was linked to the agency’s high-profile incident of racial insensitivity by a creative director.

“The decision was the result of serious consideration by our leadership team,” the brand representative said. “We assessed our partnership based on our values and commitment to supporting a diverse culture.”

At issue is an email sent by Jim Houck, an executive creative director in the agency’s San Antonio office. The email invited staffers to a “Ghetto Days” event at the Texas office, promising “ghetto music, Malt 45s at lunch, and of course, drugs and prostitution are legal all day.”

The email was sent in October 2015, but Houck wasn’t fired until the message was published by Adweek’s AgencySpy blog in January.

When it became clear that CEO Jim Palmer had known about the email for months, the agency chief was swiftly terminated by parent company IPG and replaced by Campbell Ewald president Kevin Wertz. The same day, Adweek learned that major San Antonio client USAA planned to end its relationship with Campbell Ewald and seek an agency that shared the brand’s “culture and core values.”

Now it appears the client losses didn’t end with USAA, though it’s hard to tell how much of the recent decisions were based on the email controversy and subsequent leadership shift.

Edward Jones has elected to transfer the entirety of its marketing business to Chicago-based independent agency Cramer-Krasselt, which had already been handled much of its advertising work since 2009.

Henry Ford Health System, meanwhile, says it will launch a creative review to pick its newest agency partner at an undisclosed date.

Campbell Ewald won the talent acquisition portion of the Edward Jones business in a 2013 review after the client launched a new recruiting initiative with the goal of employing 20,000 financial advisers by the year 2020. It then added Henry Ford Health System to its roster last summer amidst a streak of wins that followed the loss of the U.S. Navy recruiting account to Y&R after 15 years. (In addition to Henry Ford, that group of wins also included Travelocity and the New York State Tourism account, colloquially known as “I Heart New York.”)

An Edward Jones spokesperson declined to comment on whether its decision was in any way tied to the “Ghetto Day” controversy, telling Adweek, “Edward Jones has decided to end its relationship with Campbell Ewald and move marketing support for our financial adviser recruiting efforts to Cramer-Krasselt. We believe this move will ensure consistency in our message and result in gains in efficiency.”

A Campbell Ewald spokesperson declined to comment on the client losses.

In a February interview following Palmer’s ouster, IPG CEO Michael Roth told Adweek that he had confidence in the agency’s new leadership and reiterated IPG’s commitment to diversity and inclusion across all its agency networks.

According to Kantar Media, Edward Jones spent approximately $16.7 million on paid media from January to September of 2015, the most recent period on record. Henry Ford Health System spent just over $1 million during the same period. For all of 2014, the respective numbers were approximately $30 million and $3.1 million.

I ran some numbers on the stats on the IPG diversity page, the one with all the nebulous claims:
http://www.interpublic.com/diversity/results

There’s about 40k workers globally, according to IPG’s own press releases. So let’s say I go really wide and guesstimate 2k “Officials and Managers” in the US.

If IPG hired a mere 27 (TWENTY DAMN SEVEN!) ethnic (not white female) minorities between 2005 and today, that would account for the following points they claim:

We’ll never know the real numbers though, because they’re fudging. We can only guess. We can only see the results of their lackluster diversity issues, which is losing two more accounts today.

They need to release the actual and exact diversity hiring numbers, not vague percentages, so they can clean up their house.

They are definitely counting white women and foreign hires as part of that "26% minority."

There is absolutely no way in hell that a quarter of the highest level decision makers at IPG's US agencies are ethnic minority. No chance. None.