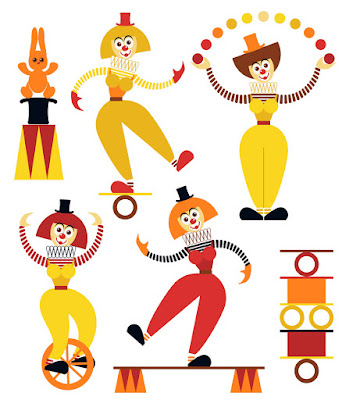 A MultiCultClassics visitor left a comment at the Wendy Clark-Ted Royer fiasco post, labeling TIME’S UP/Advertising as a smokescreen and PR stunt whose true purpose is to stall discrimination lawsuits and insincerely position adland as genuinely concerned about ending sexual harassment, gender inequality and other female problems.

It seems like TIME’S UP/Advertising has experienced more fumbles than receptions. Or maybe a better metaphor would be more bad hair days than not—and perhaps the organization needs an Oprah makeover, as things are looking pretty ugly at times. Here are the hairy highlights:

• IPG encouraged its female leaders to become TU/A signatories. Weren’t women in the White holding company inspired enough to sign up on their own? Plus, was the request made to deflect attention from IPG staging one of the industry’s biggest sexual harassment scandals to date?

• TU/A’s first events were tainted by accusations of exclusivity, as consultants, freelancers and currently unemployed women were not invited and/or rejected from participating. The MultiCultClassics visitor felt the opening moves especially dissed women of color too.

• TU/A chose to provide legal assistance to Diet Madison Avenue, the controversial Instagram account that few women in the field openly support. To be clear, a lot of women in the field might covertly support the effort, but nobody’s publicly backing anonymous morons whose vigilante wannabe tactics arguably deserve punishment in a courtroom.

• DDB Global President and CEO Wendy Clark—a vocal hypocrite who served on the TU/A steering committee—steered the organization into a tailspin by hiring alleged sexual harasser and former Droga5 CCO Ted Royer for a pitch. Clark’s stupidity prompted TU/A to release a statement declaring, “Today is a good day to reiterate what it means to uphold and prioritize the Time’s Up Advertising mission. Our mission is to create workplaces that are safe, fair, and dignified for all. Our signatories are accountable to the values of the mission. We hold the women who signed, and their agencies, accountable for a process of change.” Not sure how TU/A held Clark and DDB accountable, as Clark’s spanking involved giving her steering committee seat to another DDB employee—which is essentially replacing Curly with Shemp. Or maybe a better comparison would be swapping Chrissy with Cindy or Terri.

In March, The 3% Movement Founder Kat Gordon presented, “5 Stages in Addressing #TimesUp Advertising.” So far, each stage has been botched, with the exception of the final stage—Accept that this is the beginning of a long road—which is proving painfully prophetic. Sorry, but it’s a clear sign that the Apocalypse is upon us when Gordon may be deemed a prophet.

Keep in mind, TU/A has been around for barely seven months. Yet the organization’s mistakes, miscues and misfires make the Trump administration look like Amazon. Or maybe a better example would be contrasting Lucy and Ethel with the Women of Wakanda.