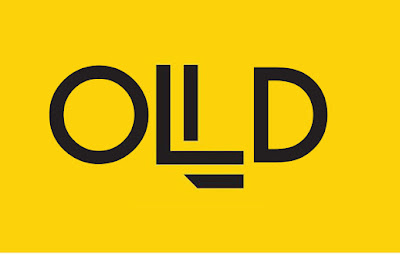 Adweek reported Landor is facing an age discrimination lawsuit charging the White branding agency with “systematically eliminating older employees … over the past year” in favor of millennials. The accusations come from former Landor Executive Director of Insights and Analytics Suzanne Hernandez, a 60-year-old officer terminated in June, whose allegations include being excluded from pitches as the firm sought to present a youthful appearance to potential and existing clients. The woman has an uphill—or over-the-hill—battle ahead of her, as Landor exhibits a few things that could be used to refute the charges. First, the place is part of WPP, which until April was run by a 73-year-old jackass. Second, Landor leadership is comprised of White people who look pretty old. Third, the company website shows a job listing for the Executive Director of Insights and Analytics position, meaning Hernandez’s case could suffer if the company hires a replacement older than a millennial. Oh, and the holding companies are always seeking to reduce costs by employing cheap labor versus seasoned and expensive veterans. As previously noted, it’s offensive how the industry prefers younger workers, but is led by Old White Guys and Gals. The hypocritical hierarchy almost presents a built-in defense against ageism lawsuits.

Suzanne Hernandez, who spent more than four years as executive director of insights and analytics at WPP-owned brand consultancy Landor Associates, has filed a lawsuit accusing her former employer of age discrimination.

The lawsuit, which Hernandez filed in New York County Supreme Court on Oct. 4, contends that despite being a digitally savvy Microsoft alum, Hernandez at age 60 was perceived as “incompatible with the youthful image that Landor wanted to convey to the clients they were pitching,” leading to her exclusion from pitches and subsequent termination on June 15, 2018. According to the lawsuit, Chris Lehmann, managing director of Landor’s San Francisco office, said the agency’s senior management wanted to “stack the pitch team with millennials” for an Amazon pitch, for example.

Hernandez’s lawyer claims Landor exhibited “the same ageism that is standard in the industry,” citing several publications’ reports on the allegedly widespread nature of ageism in advertising, including [a 2016 AgencySpy story], [a Digiday story] from the same year, a Forbes story asking if “ageism” is the ugliest “ism” in the industry and a recent Wall Street Journal story about AARP enlisting former advertising executive Cindy Gallop to take on ageism.

The American Association of Advertising Agencies (4A’s) declined to comment on Pechman’s contentions.

The lawsuit asserts that Landor Associates’ termination of Hernandez is part of a pattern of “systematically eliminating older employees … over the past year” in favor of younger, less experience hires and points out that during the last year of Hernandez’s employment, Landor eliminated “at least six” employees 50 or older. The lawsuit claims 80 percent of the employees at Landor’s New York office qualify as millennials or digital natives.

A Landor representative told Adweek the company “is not able to comment on pending litigation.”

The lawsuit attempts to demonstrate that any perceived lack of digital savviness is at odds with Hernandez’s education, experience and accomplishments. According to the lawsuit, Hernandez received Coursera certification in gamification from the Wharton School in 2012 and has four years experience with Silicon Valley market data and research companies, three as director of global market research for Microsoft’s interactive entertainment division and a year as vice president, research and insights for digital ad agency Undertone. According to the lawsuit, Hernandez built up the agency’s insights and analytics practice, created new market research projects, developed the agency’s M&A Brand Study and led the development of new offers which the suit claims were worth around $800,000 to $1,000,000 in additional revenue.

While Hernandez was told at the time of her June 15 termination that she was being fired due to “lack of performance,” the lawsuit states that chief strategy officer Thomas Ordahl did not bring up any performance issues during a one-on-one meeting on May 8, and, according to the suit, Hernandez “met or exceeded” all the objectives outlined in her last performance review in May 2017.

Following her dismissal on June 15, Landor North America President Stuart Sproule said in announcing Hernandez’s dismissal that “the marketing industry is changing” and that Landor would be hiring “different types of talent” to keep up with these changes.

Hernandez is seeking back pay, front pay, damages for “mental anguish,” compensatory and punitive damages, “reasonable attorney fees and costs” and “such other and further relief as the Court deems just and proper,” according to the lawsuit, which you can read in its entirety [at Adweek].