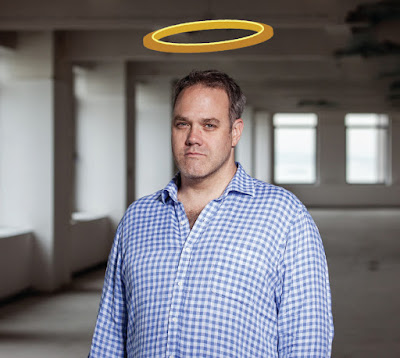 At More About Advertising, Editor Stephen Foster posed interesting questions regarding the Wendy Clark-Ted Royer fiasco that few folks are openly asking. While the questions were inspired by Clark and Royer, the inquiries really apply to the broader dilemma—or “the biggest issue facing every industry and society today,” according to Cindy Gallop.

In one report, Foster wondered the following:

It also raises the important question of when, if ever, is someone who’s been banished from an agency allowed back into the industry. Does management have to make it, in effect, a democratic decision?

In a subsequent post, Foster went further by remarking as follows:

But you have to feel for the highly talented Royer too. He’s lost one of the best jobs in agencies although hasn’t been convicted of anything. Is he now unable to work in advertising, even in a freelance capacity? Clark might have done better to defend him, not on the grounds that DDB needed him and but that everybody deserves a second chance.

To answer Foster’s first question, someone “banished” from an agency is allowed back into the industry in roughly six months, as demonstrated by the Gustavo Martinez and Royer scenarios. And it’s closer to five months if you count Kevin Roberts and his gender equality gaffe. Additionally, the returns by Martinez and Royer do not appear to have happened via democratic decisions. On a side note, can somebody please identify Clark’s co-conspirators in Royer’s comeback? Surely DDB CCO Ari Weiss played a role, as it would be outrageous to learn Clark is choosing creative consultants on her own. Man up, already.

To address Foster’s second point, no, you don’t “have to feel for the highly talented Royer too.” It could be easily argued the man is a dinosaur. Especially in this era of TIME’S UP, #MeToo and divertsity movements, shouldn’t leaders take greater care to foster safe, fair and dignified workplaces? Granted, the advertising industry has a long history of ignoring and defying any attempts at diversity. But failing to adapt to societal trends is certainly grounds for ejection from a field that boasts being on the cutting edge of culture. Royer might have mad skills for commercial campaigns, but he’s got Mad Men skills in key areas that are now basic job requirements.

It’s probably true that Royer has not been convicted of anything. Hey, sexual harassment isn’t typically labeled a crime unless it features sexual assault. Inferring from Droga5’s PR statement, Royer’s alleged behavior created a hostile work environment, which put the agency at risk on a host of ethical and legal levels—and also potentially endangered the well-being of employees. The confidential nature of HR procedures prohibits public disclosure of details surrounding most terminations, making it almost impossible to learn the truth. Trade publications, however, reported Droga5 hired outside investigators to build the case to fire Royer. And Diet Madison Avenue targeted Royer too. So if everyone did their due diligence, there were legitimate reasons for the dismissal. Royer is certainly free to pull a Ralph Watson move and dispute the accusations if he’s been wronged.

Oh, and Royer ultimately wasn’t talented enough, as DDB experienced elimination from the Volkswagen pitch—beaten out by WPP and Publicis, which is downright embarrassing and emblematic of the industry’s sorry state. The agency that made Volkswagen an iconic brand lost to one company founded as a wire shopping basket manufacturer and another jilted by Omnicom after a grand engagement announcement.

As for Clark defending Royer, well, that would have been tricky, given the woman’s actions are indefensible. After all, she’s supposed to be representing TIME’S UP/Advertising and advocating for gender equality. Hell, it could be easily argued Clark is a dinosaur too—and a desperate dinosaur to boot—because in the end, DDB didn’t need Royer.

Finally, Foster’s contention “that everybody deserves a second chance” is actually valid, albeit not without restrictions. Unfortunately, in this era of TIME’S UP, #MeToo and divertsity movements, forgiveness has not yet entered the conversation—except for idiots like Clark. Refusing to kiss and make up is understandable, as sexual harassment has been conducted, concealed and condoned for too long. On the flipside, absolution comes easier when the perpetrator has made amends. An amends, incidentally, is not an apology, but rather, a commitment to live differently. Additionally, the amends would be unique for each perpetrator, depending on lots of factors including the extent of damages. Who will serve as a worthy judge in such acquittals? Definitely not Clark, Diet Madison Avenue or Gallop. And no, Kat Gordon, please don’t integrate the notion into your lame certification program.

What's frustrating is that the margin of error if you're a POC at an ad agency is zero. One tiny mistake, no matter how big or small, and out the door to banishment you go.

If you're a white man? (and yes, Gustavo Martinez counts as a white man) You can humiliate your agency internationally, make jokes about brown people looking like monkeys, black people being racist, sexually harass with impunity, and you're not just given multiple opportunities to come back, THE RED CARPET IS ROLLED OUT FOR YOU.

What a great lesson :(