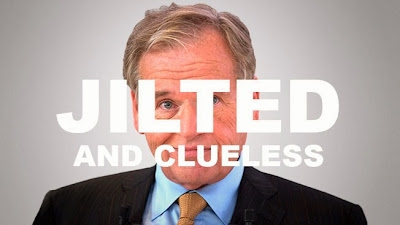 Adweek reported Omnicom Group CEO John Wren admitted “cultural differences” with Publicis Groupe fueled the decision to nix the proposed merger. Wren said, “The cultural differences—and I want to emphasize these were differences of corporate, not national, culture—made it difficult to make decisions and by that I mean major operating decisions.” Well, of course the problems were rooted in corporate versus national culture. After all, both companies are predominately comprised of Old White Guys. Hell, it could be argued that cultural similarities likely led to the breakup. Too many White male egos can create combustible corporate conditions. Indeed, if the cultural differences were national—or heaven forbid, racial and ethnic—then surely Pioneer of Diversity John Wren could have handled things. Or is the failed union just another dramatization of the cultural cluelessness so prevalent in corporations like Omnicom Group and Publicis Groupe?

Omnicom Group CEO John Wren acknowledged this morning that the corporate differences between his company and Publicis Groupe were greater than he expected, as he explained to industry analysts why the two companies won’t merge after all.

“We knew that there would be differences in the corporate cultures of Omnicom and Publicis. That is to be expected any time strong management teams are coming together,” Wren said. “But I know now that we had underestimated the depth of these differences. The cultural differences—and I want to emphasize these were differences of corporate, not national, culture—made it difficult to make decisions and by that I mean major operating decisions.

“And while each issue could have been solved, it was taking too much time,” Wren added. “And that certainly did not bode well for running what would be a very large multinational company.”

Among those decisions, according to sources, was who would be CFO of the combined operation. Each company felt its current finance chief should get the nod. Interestingly, Omnicom CFO Randy Weisenburger spoke nearly as much as Wren during this morning’s conference call with analysts, staffers and reporters, suggesting his strong hand in helping to lead the company.

Weisenburger emphasized that Omnicom would go back to business as usual, with a focus on “people, product, profit.” More specifically, the company will resume its stock buyback program and consider acquisitions that are strategic and accretive. The CFO acknowledged that both practices had subsided since Omnicom and Publicis unveiled plans for its megamerger last July. Accordingly, Weisenburger plans to ask Omnicom’s board to accelerate the buyback program. “We certainly have some catching up to do,” he added.

As for acquisitions, Wren and Weisenburger showed no appetite for another large-scale deal. But again, if an acquisition helps the company strategically, Omnicom, which historically has never been a serial acquirer, would consider it.

Collectively, Omnicom and Publicis would have employed more than 130,000 staffers and generated $24 billion of annual revenue. Also, as one company, Publicis Omnicom Group would have had a market capitalization of about $35 billion.

Not surprisingly, Wren and Weisenburger said employees and major clients had reacted positively to the decision to quit the merger. Wren went further, however, to say that no clients or executives left as a result of the engagement, as if to respond directly to counterclaims by WPP Group CEO Martin Sorrell.

In a brief moment of levity during the hour-long call, Wren summed up Omnicom’s reasons for walking away from the deal: “If I had to summarize in a tweet, it would be, ‘Corporate culture, complexity and time.’ And I would still have a hundred characters left.” Later, Wren, reading from prepared remarks, added: “In closing, I have a hundred characters left. I would tweet, ‘Omnicom strong, innovative, energized and ready for the future.’”