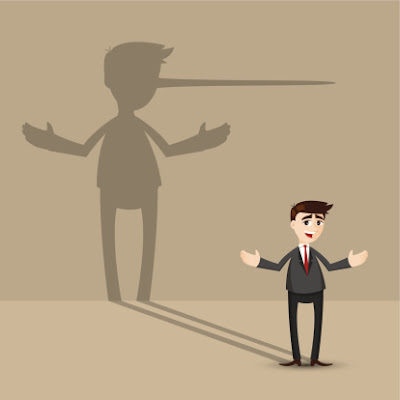 Adweek spotlighted a study showing 40% of marketers don’t trust their media agency, an 11% drop since the publication of a 2016 ANA report exposing shenanigans in the field. Expect media wonks to spin the figure, boasting their approval ratings still far exceed those of President Donald Trump. But it will be difficult to decisively determine which entity—the media field or the Trump administration—is generating the most lies.

Two years after the Association of National Advertisers dropped a report revealing pervasive transparency issues among media agencies and their clients, the level of trust marketers have in their relationships with media partners dropped 11 percent, according to a biyearly ID Comms 2018 Global Media Transparency Report.

Only 9 percent of respondents in 2018 placed the level of trust at above average, versus 12 percent in 2016.

“Numerous respondents noted that many relationships are fundamentally transactional, where agencies act as suppliers rather than strategic partners,” ID Comms noted in the study.

Still, there’s hope amongst those in the industry that trust will build.

In 2018, 46.3 percent of brand participants surveyed said they believe transparency and trust will improve in the coming few years, while 56 percent of agency respondents noted the same. That’s an improvement from 2016 when only 38 percent of all respondents projected stronger relationships by this year.

“I think agencies are much more focused on transparency issues with vendors than they previously have been and there feels to have been a shift to protecting clients more recently,” one marketer wrote in a survey response.

The 2016 58-page report by the ANA, K2 Intelligence and analytics company Ebiquity unquestionably forced media agencies to take a hard look at their business practices. Most have since adopted a suggested set of guidelines from the ANA to improve transparency and gain back trust with clients including disclosing all transactions with parent companies, subsidiaries, affiliates and third parties. One of the more serious offenses revealed in the 2016 report focused on cash rebates media agencies were collecting from publishers without their clients’ knowledge.

Since 2016, advertisers’ trust issues with their media partners largely remain concentrated in the same areas: how the agency manages rebates, how it makes money, how it trades with media vendors and how agency groups’ buying and sharing deals work, according to the ID Comms study.

The report shows that the only point of difference this year compared to 2016 is that clients are now more concerned with how their media agencies manage and use their consumer data and less concerned with how much access they’re provided to innovation and thought leadership.

One thing brands and agencies seemingly agree on is that transparency is a must to building trust—and the burden lies on both sides. Survey respondents from agencies noted that clients often don’t use transparent models to fairly compensate them for work.

“Remember trust works two ways and both parties have equal responsibility,” one agency executive wrote in a survey response.

From June to July, ID Comms gathered 232 responses for its transparency research from executives in marketing, media and procurement based primarily out of Europe (62 percent) and the U.S. and Canada (16 percent), with the remainder of respondents from other unspecified parts of the world.