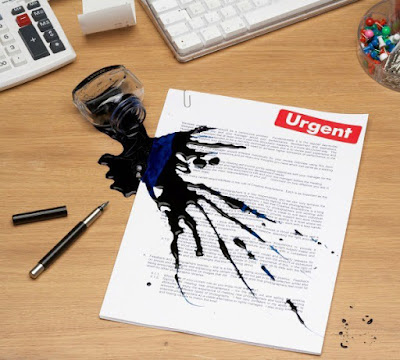 AgencySpy posted on a letter to shareholders written by IPG Chairman and CEO Michael Roth, where the man expressed pride in taking “swift disciplinary action” in the scenario involving sexual harassment allegations against former The Martin Agency Chief Creative Officer Joe Alexander. Once again, Roth has a questionable sense of reality with time. For example, when responding to racist behavior at Campbell Ewald, Roth claimed to take “immediate action” by firing the agency CEO—roughly three months after the bigoted incident occurred. In Alexander’s case, rumors and reports indicate a history of issues including quiet settlements stemming from bad-boy behavior at The Martin Agency over many years. The only swift and immediate thing coming from Roth is patronizing propaganda poop.

Roth also bragged, “We hosted the U.S. ad industry’s first summit on Black women in advertising. … In 2017, our annual women’s breakfast at Cannes attracted several hundred attendees and was a historic first focus on women of color, involving new research and gaining significant press coverage.” Of course, Roth failed to mention the U.S. Equal Employment Opportunity Commission recorded less than 100 Black female executives in the U.S. advertising industry. Plus, a Cannes study revealed divertsity efforts have not benefited women of color. If Roth were required to run his missives through the legal department, he’d be instructed to add numerous disclaimers.

Another disturbing statement in Roth’s letter read, “In early 2018, IPG encouraged its leading women executives to become signatories to ‘Time’s Up Advertising,’ an industry movement aimed at addressing sexual harassment and gender inequality.” Gee, the IPG women needed to be “encouraged” by corporate headquarters to participate in the initiative? Wasn’t Joe Alexander encouragement enough?

Michael Roth is proud of the progress IPG made last year on sexual harassment and gender equality—and he wants company shareholders to know about it.

Last October, the IPG chairman and CEO made some headlines for writing an all-staff memo declaring that his company would have a “zero-tolerance policy for all types of harassment” and “behavior that runs counter to an inclusive, respectful workplace.”

The memo, titled “A Workplace Free from Harassment,” also directly addressed the very real concerns of retaliation against whistle-blowers. It came in response to reports about the chronic harassment of women by movie mogul Harvey Weinstein, which soon sparked the nationwide resurgence of the #MeToo movement.

It also came just one week before that movement hit very close to home.

Sources tell us that, when the October memo went out, Roth and the larger IPG organization were unaware of an investigation into harassment claims made against The Martin Agency chief creative officer Joe Alexander, who was fired on June 7.

Roth appeared to address his company’s response to that case in its most recent letter to shareholders, which went out yesterday.

The letter opens by playing up IPG’s successes in “a challenging year for our industry” and referencing 1.8% organic growth for 2017. The relevant section comes two pages later and acknowledges that the company is “not immune” to bad behavior by unnamed individuals.

Our work to foster a culture of inclusion is a personal as well as a corporate priority, because an environment that encourages respect and trust is key to a creative business like ours. Helping our clients effectively connect with the marketplace can only take place when we have a variety of perspectives and beliefs solving communications and business challenges.

There are many ways we have brought this commitment to life. Most significantly, and uniquely for our industry, we ensure accountability by tying executive compensation directly to the ability of our leaders to achieve diversity objectives. For seven years, we’ve made a focus on women’s leadership the mainstay of our presence at the industry’s most important global awards competition. We hosted the U.S. ad industry’s first summit on Black women in advertising.

This year, we hosted three conference calls for all employees on the topics of race, DACA and overall inclusion concerns.

In 2017, our annual women’s breakfast at Cannes attracted several hundred attendees and was a historic first focus on women of color, involving new research and gaining significant press coverage. While we are pleased with our progress to date, we know there remains a great deal to be done on this vital issue, especially with people of color.

As we worked to reinforce our core values, two key areas of discussion and focus in 2017 included:

In 2017, sexual harassment became impossible to ignore. We have worked hard to create a culture where all our employees — regardless of gender, race, ethnicity, and other dimensions of diversity — can feel safe and that they can be their authentic selves at the office. However, with 50,000 employees, we are not immune to behavior by some individuals that runs counter to our values.

The key for IPG is that when behavior that runs counter to our values does happen, we acknowledge it honestly with our employees, and we take action. Ours is a company where women and men can come forward to report issues that concern them, and not fear retaliation. When employees bring forward credible allegations about sexual misconduct or unethical behavior, we investigate. And as we showed in 2017, we take swift disciplinary action when required.

In early 2018, IPG encouraged its leading women executives to become signatories to “Time’s Up Advertising,” an industry movement aimed at addressing sexual harassment and gender inequality. IPG women made up the largest portion of women leaders who signed up in support of the group, and IPG could not be more proud.

IPG releases its earnings for Q1 on April 27.

"We hosted the U.S. ad industry’s first summit on Black women in advertising. … In 2017, our annual women’s breakfast at Cannes attracted several hundred attendees and was a historic first focus on women of color, involving new research and gaining significant press coverage.”

Problem is, IPG experience tells me all of this is for show. For press. To save face and stave off shareholders asking questions about their dire diversity numbers.

They can host whatever they want, and invite whoever they want, but until IPG starts hiring and promoting a significant amount of women AND MEN of color, it's just talk for the sake of publicity.

Until IPG releases EEOC numbers, and removes foreign hires from their count of minorities, and stops with their usual trick of "We have XYZ percent minorities working in our office" and obscures the fact that they do truly count white women as minorities, it's just hot publicity air.