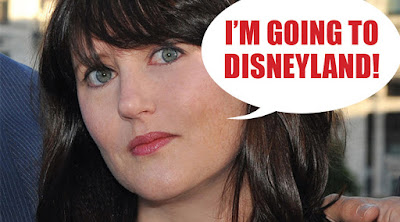 Adweek, Advertising Age and Campaign reported the discrimination lawsuit starring Erin Johnson and Gustavo Martinez has ended with a settlement, which means that no more details will be provided or publicized—unless Campaign manages to get extra gossipy rants from insiders. However, it’s a sure bet that Kat Gordon, Cindy Gallop and Diet Madison Avenue will take credit for something, or at least seize the opportunity to deliver unsolicited commentary. Johnson has resigned her position with JWT, although it hasn’t been clear exactly what her position was after returning to the company while the lawsuit was still happening. So technically, the legal affair resulted in resignations for Johnson and Martinez. Wonder if Johnson will resurface as Chief Communications Officer for WPP in Spain. Campaign claimed the settlement had been signed weeks ago. Gee, it would have been nice if the case had concluded during Women’s History Month. Actually, the only semi-news came from a WPP spokesperson, confirming that Martinez is working for the holding company in Spain, but contrary to speculation, he’s not the country lead. Maybe Sir Martin Sorrell will be demoted to country lead in Spain, where he’ll oversee Martinez, Duan Evans and Neil French.

Case has riveted the ad industry for 2 years

The sexual harassment lawsuit pitting J. Walter Thompson global chief communications officer Erin Johnson against her employer and its former CEO Gustavo Martinez has come to an end almost exactly two years after it was filed, with the parties agreeing to settle for an undisclosed sum.

Agency leadership announced the decision today after the legal teams agreed to the terms of the settlement.

Johnson’s resignation is effective immediately. The spokesperson declined to state whether JWT is actively seeking a replacement.

UPDATE: Erin Johnson provided a personal statement on the news.

“The past few years have been challenging to say the least, and I am grateful for the love and encouragement from family, friends and those of you in the industry who spoke up and offered support. Thank you,” she wrote. “Most importantly, I would like to thank Anne Vladeck, Debra Raskin and Jeremiah Iadevaia at Vladeck, Raskin & Clark—a brilliant legal team and force to be reckoned with. I hope that my personal experience will encourage others to speak up and follow their convictions. Moving forward, I wish Tam and the JWT team success.”

An internal memo obtained by Adweek, sent to all JWT staff by CEO Tamara Ingram, read, “Please join me in offering Erin our best wishes in her future endeavors. I know this has been a challenging time for everyone. We now need to look forward and focus our efforts on reimagining the future for J. Walter Thompson and our clients.”

Adweek has reached out to the law firms representing Martinez and J. Walter Thompson but had not received a response at the time this story went live.

Johnson’s case became the talk of the agency world upon its filing in March 2016, but faded from memory before returning to the spotlight in recent months as the #MeToo movement led to an increased focus on sexual harassment allegations against major industry players.

This news also arrives one day after JWT’s parent company, WPP, acknowledged that its board of directors has launched an investigation into allegations of “personal misconduct” on behalf of CEO Martin Sorrell, who “unreservedly” denied the claims.

“Martinez has made it impossible for [Johnson] to do her job,” read the suit filed by the law firm of Vladeck, Raskin & Clark in the Court of the Southern District of New York on March 10, 2016. He allegedly did so by harassing and undermining Johnson while making racist, sexist and anti-semitic comments in the presence of her and other staff members.

After initially standing by the CEO, who was widely seen as a rising star within the holding group, WPP announced Martinez’s resignation a week after news of the suit went public and promoted WPP chief client team officer Ingram to replace him. Johnson’s legal team later released video of Martinez joking about rape at an agency meeting.

The former CEO retreated to his native Spain, where he remained employed by WPP.

Johnson returned to work eight months after news of the suit broke, but her lawyers almost immediately accused the JWT organization of retaliating against her by treating her as “a pariah” and pressuring her to resign.

Over the next year, the case devolved into a back-and-forth over legal minutiae, including claims that WPP had withheld documents and intentionally failed to make Sorrell available for deposition, after the law firm of Davis & Gilbert unsuccessfully attempted to have the suit dismissed. The most recent filing came in mid-March, when Johnson’s firm introduced as evidence documents supporting rumors that Martinez had been appointed WPP’s country lead for all of Spain.

Their filing read, “This letter is submitted today because the Court stated that a decision was imminent. … These documents reflect defendants’ continuing misrepresentations concerning their decision to reward Martinez with a high-level position despite his unlawful discriminatory conduct.”

Martinez’s employment will not be affected by the settlement, according to a holding group spokesperson.

“He is and continues to be working on assignments for WPP in Spain but is not the country lead,” the representative said.