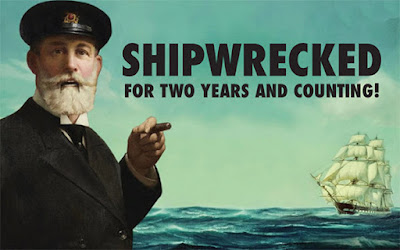 Campaign made extensive use of an unidentified “former staff member at JWT” for biased perspectives on the proceedings. Sorry, but the quotes sound like gossipy rants from an ex-administrative assistant. If the source has legitimate executive experience, Johnson’s legal team should subpoena the insider pronto.

The 3% Movement Mouthpiece Kat Gordon was tapped for her two cents—and she coughed up about $1.50 of ridiculous rhetoric. When discussing “the recent outbreak of accountability at some agencies,” Gordon opined, “I actually think that what happened is more a result of the Instagram account Diet Madison Avenue and their ‘take no prisoners’ approach. I’m not necessarily condoning that. I’m just saying I think that that has been a bigger driver of change.” Hmmm. Diet Madison Avenue has been more effective than entities like The 3% Movement? That’s not hard to believe, although it says more about Gordon’s pep-rally organization than the anonymous Instagram account. Plus, does anyone not believe Gordon is a covert contributor at DMA?

Of course, Divertsity Diva and pseudo-provocateur Cindy Gallop cursed her way into the conversation. “It is absolute madness for WPP to persist with the case,” raged Gallop. “They should have dropped it, settled, begged Erin Johnson to take up the post of global equality/diversity/inclusion officer and paid her a shit-ton of money to completely change the culture of WPP and JWT Worldwide, because she’s been the only person with guts enough to do the right thing.” Huh? First, Gallop’s insane reasoning kinda disses Chief Diversity Officers and Worldwide Chief Diversity, Inclusion and Ethics Officers by arguing Johnson is qualified for the role. Alleged victims don’t instantly transform into professional crusaders. Besides, has Johnson ever expressed an interest in such a career shift? It’s a safe bet that Global Chief Communications Officers (Johnson’s original title) earn bigger paychecks—and receive greater respect—than D&I wonks. Second, to imply that WPP and JWT Worldwide need a total cultural overhaul definitely disses over 200,000 employees, confirming that Gallop is a loose cannon with even looser screws.

In the end, the saddest result of the two-year-old lawsuit is that hacks like Gordon, Gallop and Campaign have assumed expert status. At least in their own minds.

At JWT, the Gustavo Martinez lawsuit passes the two year mark, with no end in sight

The #MeToo movement is bringing accountability to the ad industry, but it came too late to help Erin Johnson.

At the time, it all seemed so shocking: the charismatic CEO of the world’s oldest ad agency, sued by his own chief communications officer over racial slurs and rape jokes. Of course, the shock came not from the alleged conduct, but from the publicity it generated. Men in advertising have always behaved badly.

“There’s no way that anyone looks at what’s happening at J. Walter Thompson and thinks that’s a successful handling of this issue,” said Kat Gordon, founder of the 3% Conference.

In a post-#MeToo world, we expect a different story. An agency leader faces charges of misconduct levied by a woman (or women) in their employ. He denies any wrongdoing but is eventually fired. The agency issues perfunctory mea culpas, donates some money to Time’s Up and promises to do better next time. Johnson might have had better luck if she had filed her suit two months ago rather than two years ago.

Once Joe Alexander, Ted Royer and Eric Springer were let go, we didn’t hear from them, nor did we need to. But Gustavo Martinez is still working for WPP, and his side of the story is thoroughly detailed in documents entered into the judicial record by the holding company’s lawyers. (Both WPP and JWT declined to comment for this article.) Johnson, meanwhile, still goes into work every day at an agency that is battling her in court. “We did everything wrong,” said a former staff member at JWT who was working in the New York office at the time the suit was filed. “We staunchly defended a man who was likely guilty.”

The agency’s dedication to fighting the suit every step of the way may be rooted in the reasons the company decided to litigate in the first place: their man was a star. “From the very beginning, in New York the feeling was Gustavo was the victim,” said a former executive at JWT New York. By most accounts, he was gregarious and likeable, a leader with a good head for business, who placed more emphasis on people’s ideas than their rank within the agency hierarchy.

Those qualities also endeared him to WPP CEO Martin Sorrell, said the executive. “Gustavo was one of Martin’s prodigies. He was grooming him, maybe even moving him up to be his successor.” So when the suit was filed, the agency naturally stepped up to defend him. Johnson wasn’t as fortunate. “Where is the second part, where we also say we believe Erin? She is entitled to as much of our trust and attention as he is.”

The public backlash, however, was swift and harsh, spreading well outside the industry bubble. Within a week, Martinez was forced to resign and was replaced by WPP’s Chief Client Team Officer Tamara Ingram, and Martinez fell off the radar for a time. The legal team assembled by WPP sought to minimize his transgressions, first denying the allegations of racist and sexist comments, despite witnesses including the editor-in-chief of Campaign US at the time. Then came the moving goalposts. “I distinctly remember reading [the argument] that evidence of some racist remarks and anti-Semitic remarks did not cause a hostile work environment for Erin Johnson because she was neither black nor Jewish, which completely misses the point about toxic work culture,” Gordon said.

After eight months on leave, Johnson returned to the agency as chief comms officer, where, according to court filings, she was seated “in a box” so human resources could monitor her activities. “Tam[ara Ingram] could have said, ‘You know what? This is not my battle. You’re a communications professional, and we’re going to use you,” the executive said. “But she didn’t. Erin sat watching the news on her laptop for a year and a half. I’m sure they gave her enough so they couldn’t be accused of not giving her anything, but she wasn’t part of the day-to-day communications team.”

Instead, “Erin’s seat was directly in front of [JWT Chief Talent Officer] Laura Agostini’s office,” said the staff member. “That’s bizarre, and really unnecessary given the layout of the office. There were plenty of free, open seats.”

For over a year, there were rumors that Martinez was still working on projects for WPP. Last fall, a Spanish trade journal indicated he was in a leadership position in Spain. Three weeks ago, a New York District Court ruled that WPP does not need to provide Johnson’s lawyers with specifics about what kind of work Martinez is doing, but several sources indicate he is head of the holding company’s operations in that country. “The fact that Gustavo is still employed somewhere in the network suggests someone higher up is looking out for him,” Gordon said. “What an unbelievable miscalculation if that is true.”

Johnson, meanwhile, has watched her team dwindle as people have left the agency or been laid off, even as it remains difficult for her to pick up the slack. “There were 10 people across New York and global [comms],” the executive said. “Now it’s Erin and a coordinator. She can’t talk to the press, but she is the contact for the whole agency.” Indeed, Johnson referred questions for this article directly to Ingram, who declined to comment.

If Johnson is stuck in place, then so is JWT. A month ago, the agency announced a new leadership roster, as NY CEO Lynn Power and Global Chief Creative Officer Matt Eastwood exit and Brent Choi, chief creative officer for New York and Canada returns to Toronto. “Lynn and Brent worked their asses off to try and make it still a great place in the midst of everything. They still made great creative work and tried to maintain as many clients as they possibly could, but ultimately this lawsuit swallowed them,” the staff member said. “It just cripples that entire office.”

But reforms are difficult to enact, since admission of any problem could look like an admission of guilt. “We can’t do anything truly meaningful, because if we did, people would just jump on it,” the executive said. For example, the agency plans to implement salary parity by 2020, but it can’t hire an outside firm to collect data for fear that it could be used in the lawsuit. Those numbers would have been useful earlier this month, when JWT UK revealed it has a pay gap of 45 percent between men and women. (US agencies aren’t required to release that data.)

“We got an email from Tam at 3:03 saying to meet at 3:00 with no prep to the building and no microphone, where people were asked to sit on the floor in front of her to hear her tell us there was no panic and clearly no issue,” said another JWT New York employee who was present for that meeting.

A warning to others

In late 2016, Power said the scandal’s “silver lining” was the conversation it sparked in the industry. But its lasting legacy may be as a primer for what an agency shouldn’t do when confronted with sexual harassment. “It seems like the lawsuit was Exhibit A for not believing the woman, to put her on leave, to keep the guy working,” Gordon said. As for the recent outbreak of accountability at some agencies, “I actually think that what happened is more a result of the Instagram account Diet Madison Avenue and their ‘take no prisoners’ approach. I’m not necessarily condoning that. I’m just saying I think that that has been a bigger driver of change,” she added.

The longer it drags on, though, the worse it looks. “It is absolute madness for WPP to persist with the case,” Cindy Gallop, diversity advocate and former chair of BBH, told Campaign US. “They should have dropped it, settled, begged Erin Johnson to take up the post of global equality/diversity/inclusion officer and paid her a shit-ton of money to completely change the culture of WPP and JWT Worldwide, because she’s been the only person with guts enough to do the right thing.”

So perhaps the scandal serves best not as a lesson, but a warning. Do the right thing: Support your workers, listen to their grievances and weed out toxic personalities, or this could be you. Watching the lawsuit unfold “was kind of ironic, because you were thinking JWT needed a good PR person,” Gordon said. “And that was Erin Johnson.”