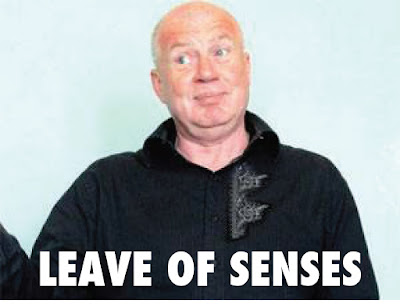 Advertising Age reported on industry backlash directed towards Saatchi & Saatchi Chairman Kevin Roberts for a Business Insider interview, where Roberts questioned the dearth of dames in adland and declared, “…the fucking debate is all over.” Plus, Roberts admitted he doesn’t spend “any time” on gender issues at Saatchi & Saatchi. Diverted diversity crusaders like Cindy Gallop and PepsiCo Global Beverage Group President Brad Jakeman sprung into action, and Jakeman actually tweeted he was proud not to be a Saatchi & Saatchi client—even though Jakeman conspires with White advertising agencies that are no better. The entire fiasco led to Roberts being asked to take a leave of absence while the Publicis Groupe brass dissed, disavowed and distanced themselves from the dimwit.

Not sure there’s much to add to the criticism and commentary already presented, save for the following two points:

1. Thanks to Roberts, the top four White holding companies each have delivered at least one blatant example of cultural cluelessness in 2016. The other sad scenarios include Campbell Ewald’s Ghetto Days for IPG, Gustavo Martinez unplugged for WPP and Alexei Orlov’s alleged sexist, racist, bullying harassment for Omnicom. When it comes to diversity, Maurice Lévy, Michael Roth, Sir Martin Sorrell and John Wren are the Four Horsemen of the Apocalypse.

2. Roberts’ confession that he doesn’t spend “any time” on diverted diversity probably means he spends even less than any time on real diversity. The declining numbers for minority representation in the field confirm Roberts is not alone in his apathy and indifference. So for industry leaders claiming corporate commitment to inclusivity, well, the fucking debate is all over.