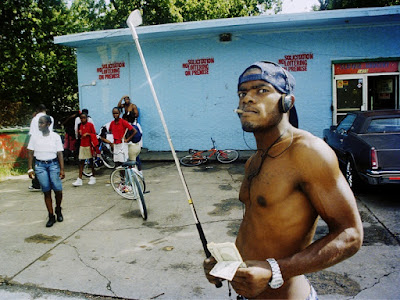 Hip Hop and Golf? How Callaway Is Swinging for Millennials

Callaway thinks they can, which is why the golf equipment maker is coming out with a new documentary featuring rapper Scarface. The 10-minute film by Vice Sports—which will debut online in September—is an example of how Callaway is using content on unexpected channels to lure players to a game that is suffering from an image that it is not millennial friendly.

Golf’s woes were laid bare when marketing powerhouse Nike recently announced it was exiting the golf equipment business. That followed news earlier this year that Adidas was looking for buyers for its TaylorMade golf brand. Also, retailer Golfsmith is considering filing for bankruptcy, according to published reports.

“In any sport, you’ve got to get young participation to drive long-term growth,” Brian Yarbrough, an analyst at Edward Jones & Co., recently told Bloomberg News. “You’ve got to have a crop of younger people coming in at 20-, 25-years old who will play the game 20, 40 years. You are not seeing enough of that.”

It is against this backdrop that Callaway is striking content deals aimed at making golf a little more cool and a little less country club. The Vice film will feature Brad Jordan, aka Scarface, getting fit for golf clubs and other equipment at Callaway’s Southern California headquarters and using it on the golf course.

The former Geto Boys member is apparently an avid golfer. “He plays 300 rounds of golf a year, which is a crazy number,” said Harry Arnett, senior VP-marketing and brand management for Callaway. Golf and hip hop “typically wouldn’t go together,” Mr. Arnett conceded. But “Scarface really shows that golf is really a sport that transcends demography and transcends what your normal expectations would be.”

Shattering golf’s stuffy stereotype is also behind Callaway’s partnership with Red Bull Media House, the content arm of the energy drink brand known for its extreme sports positioning. The deal includes an upcoming video series called “Distance Lab” that will feature renowned golf instructor Hank Haney teaching Red Bull athletes, including wakeboarder Steel Lafferty; BMX rider Corey Bohan; and skateboarder Alex Midler. “It has the Red Bull storytelling aesthetic and tone. But we think it will be a cool thing for people to see these conflicting worlds coming together in a different way to look at golf performance,” Mr. Arnett said. “These are athletes that you typically aren’t used to seeing in a golf context, even though they are avid golfers.”

The three-episode series will run on Red Bull’s channels as well as on Callaway TV, a channel the marketer launched earlier this year for Apple TV and Roku. The channel is home to “Callaway Live,” a weekly interview show about golf hosted by Mr. Arnett. The show has included appearances by celebrities such as pop star Adam Levine and business leaders like former Yum Brands Chairman-CEO David Novak.

Callaway is also active on teen-friendly Snapchat. Content has included a video of Ben Roethlisberger hitting golf shots at Heinz Field during the week of the U.S. Open.

“There is an affluency to the game that definitely is attractive and has been a foundation to our business,” he added. But “we are extending ourselves to a newer, broader audience,” he added, like people who are “looking for that next passion point activity. And we think golf can be that.”

Golf interest surged in the mid-1990s thanks to the power of Nike-endorser Tiger Woods, leading to an all-time high of 2.4 million beginners taking up the game in 2000, according to the National Golf Foundation. Total participation reached a peak of 30.6 million in 2003, Bloomberg reported, citing figures from the foundation.

But in 2015 participation fell to 24.1 million from 24.7 million the two previous years, according to the foundation’s latest report. There was a silver lining: The number of beginners reached 2.2 million—slightly off the Woods-era peak—and the biggest group of beginners was millennials, the report stated.

Nike announced its golf exit on Aug. 3. While the marketer is getting out of the equipment business—including clubs, balls and bags—the company is “committed to being the undisputed leader in golf footwear and apparel,” according to a statement. Nike’s golf division posted $706 million in revenue for fiscal 2016, which was its worst year since 2011, according to ESPN.

Callaway’s “hard goods” market share—which includes clubs, balls but not apparel or shoes—was 22.4% in the second quarter, up a full percentage point from a year earlier, the company reported.

While Callaway could benefit from Nike’s equipment exit, Mr. Arnett lowered expectations. Nike’s equipment business “represented a pretty small market share percentage, so the direct sales opportunity is probably not one that is so direct to us,” he said. But it “definitely is an opportunity for us to continue to expand as the equipment industry contracts somewhat.”

dope pic. Can i use that for my website?