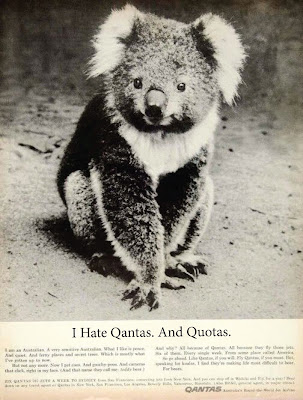 AgencySpy posted on a story from Australia’s number one news site—news.com.au—detailing how a White advertising agency in Sydney told a Sri Lankan applicant that the company already has enough “brown skin people” on staff. Executives from the shop—Banjo—insist the remark was a “light-hearted” (and probably light-skinned) joke meant to put the job seeker at ease. Guess a firm denial and rejection form letter wouldn’t have sufficed. Of course, Banjo doesn’t hesitate to put Rick Ross on its website to communicate the company’s greatest respect for the diversity of abilities. AgencySpy opened its post by declaring, “As embarrassing as some of the recent controversies surrounding women and people of color in American ad agencies have been, a story from Australia this week pretty much takes the fucking cake.” Um, if AgencySpy were a legitimate trade journal—with actual credibility and expertise in the advertising industry—it would realize the incident from Down Under is a fucking routine occurrence in the United States.

As embarrassing as some of the recent controversies surrounding women and people of color in American ad agencies have been, a story from Australia this week pretty much takes the fucking cake.

Dana McCauley of The News rightly asks, “WHAT is it with advertising agencies this week?” in reporting on an incident that occurred at Banjo, an independent agency based in Sydney that scored coverage in Adweek back in 2009 for a PSA that compared bowel cancer to a terrorist attack.

Freelance account director Surungi Emily Hohol was interviewing for a job at Banjo when, according to a Facebook post quoted by The News, an unnamed senior executive said the following:

“The client might be alarmed by having three brown skin people attend a meeting.”

This executive meant to say that, because the agency already employed two other “Indian” staffers, it would not be offering Hohol a job. (She is Sri Lankan.) It’s unclear whether this individual was referencing a specific client.

After seeing the post, agency managing partner Andrew Varasdi called an emergency meeting and spoke directly to Hohol. The agency now claims—again according to The News—that this was a “light-hearted” joke that led to “an unfortunate misunderstanding.” The agency offered a formal apology and stated that, while the executive in question has not been disciplined, he/she is “deeply upset” and is currently receiving some form of counseling.

“The senior staff member, who conducted what was a very positive interview, made a casual remark at the end of the interview, which was intended to set the person at ease. Unfortunately it was taken out of context and has since gained some notoriety on social media.”

It’s unclear how this comment could have possibly been intended to make Hohol feel “at ease” given that it meant she would not be getting the job.

Banjo went on to say that it employs a diverse array of talent, adding: “We hope that we will be judged on our record, and that all candidates who consider joining us at Banjo will do so too.”

We have reached out to Hohol on Facebook and will update this post if we hear back from her.

At least Banjo went ahead and said out loud what American ad agencies have quietly been practice behind the scenes for years.

The unspoken rule is that you can't have too many Blacks or Latino@ at the table or the client will think it's suddenly an "urban" account.