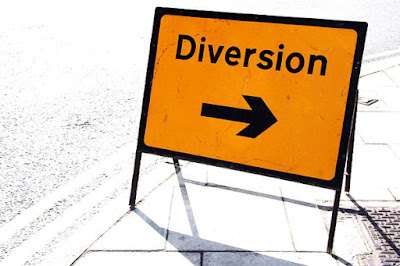 Campaign published the latest diverted diversity doo-doo from another dummy diving onto the White women bandwagon, gleefully offering “Six ways to rewrite gender in adland…” Why does everyone feel so compelled to offer bold demands to promote White women—yet have little or nothing to say upon witnessing discrimination against racial and ethnic minorities? When Campbell Ewald or Gustavo Martinez displayed blatant racism, no one suggested: changing the workplace (mono)culture, starting with the Whites at the top; helping junior people of color stay and thrive; moving all minorities “one rung up”; championing Blacks and Latinos, adland’s most underrepresented segments; installing a racial- and ethnic-neutral hiring stage; and making more minorities visible everywhere. Nils Leonard didn’t write, “Why the Perfect Modern Creative Is Fierce, Fearless and Non-White.” IPA President Tom Knox didn’t report, “It remains an uncomfortable truth White men and White women dominate creative departments.” Kat Gordon didn’t launch The Less-Than-3% Conference. The industry continues to take any easier route and/or detour to dealing with true diversity.

Kevin Roberts — now the ex-chairman of Saatchi & Saatchi — and the surrounding press last week were as devastating for adland as a wildfire. But the damage is done. Swift, actionable frameworks must now be a priority for every business.

Rather than giving the Roberts’ debacle more attention, let’s start talking about what is brilliant about this industry, otherwise we’re in danger of alienating Generation Z and incredible female talent we need to attract — and, more importantly, retain.

With the way the industry was portrayed last week, why would any young, up-and-coming talent want to work in an industry that appears so culturally out of date? (And please, press, no more Mad Men pictures.) It’s time for stories celebrating the groundbreaking, culture-changing work we can do — and an action plan for how to move forward.

While women graduate from ad schools in equal numbers, aside from attracting the brightest talents, we have a glaring retention issue. We have to do more to carve pathways to success within the industry. As Tom Knox, president of the IPA, said in Campaign in the IPA’s January’s report: “It remains an uncomfortable truth men dominate creative departments. This cannot be good for creativity or our ability to solve business problems. Finding ways of keeping [women] will require a sea change in culture and ways of working.”

So, enough talk. Here are six tangible ways to kick-start the change the Roberts’ furore highlighted and that Knox deemed an “urgent necessity” nine months ago.

As Kevin Roberts showed, unconscious bias training should be mandatory for everyone in senior leadership. Without tackling the deep roots of bias, particularly at Roberts’ level, like hires (and promotes) like. Workplace cultures and robust HR practices start from senior leadership down; for example, ensuring women are on interview panels and, for creatives, reviewing CVs and portfolios. As Kate Stanners, chief creative officer of Saatchi & Saatchi, says, “I put a female team in charge of junior creative recruitment and the change of young women making themselves available to us was amazing. It changed our department overnight.”

In a survey with the Young Creative Council, Creative Equals discovered 50% of junior talents are considering leaving the industry because of low wages and living conditions. To shore up the talent pipeline, every junior talent needs mentorship, training and support right from the outset. When Creative Equals asked for “gender equality actions” from 55 of the world’s top creative leaders at the Cannes Lions Festival, this was a key commitment from Victoria Buchanan, executive creative director at Tribal DDB, Simon Gill, chief creative officer at Isobar and Brent Choi, chief creative officer at J Walter Thompson (New York and Canada). For more actions, check out seeItbeItdoIt.tumblr.com.

Imagine how quickly we could shift the numbers if every female talent had briefs, equal opportunities and clear career pathways to move up the ladder over the next three years. Many women end up stuck in the cul-de-sac of middle management, with no clear path forward. Cherry-pick future leaders with “vertical ambition” and give them what they need to be successful in these roles with management, business acumen and negotiation skills training. Create a succession plan including diverse talents from the rung below.

Creative Equals’ Young Creative Council survey revealed 60% of young female creatives believe they can’t stay in the industry with a young family. A 2016 IPA Mother’s Day study showed 55% of mums say marketers “don’t understand them”, so to address this disconnect between those who make the ads and audiences keeping mothers is business critical. Parenthood signals a huge life transition, particularly for new mums. Right now the right frameworks aren’t in place to help them stay. Since you’re always only as “good as your last piece of work”, for those who take a career break, coming back is a mission impossible. Creative Equals is setting up a “Returners programme” to tackle this issue.

Agencies need to put diversity at the core of their HR policy, requiring their recruiters to provide diverse candidate long lists across gender and ethnicity. Studies show men are hired on potential, while women on achievement, so with so few in roles where they’re set up to “achieve” (and tick every job description box), it’s critical to start hiring on potential. As Cindy Gallop says, “Hire a non-white woman with potential to do the job. That ticks three diversity hiring boxes.” More importantly, job ads with gender-neutral language and imagery should be a mandatory requirement for all. One recruiter recently wrote on Linkedin, “This ECD is looking for a CD to be his right-hand man”.

In our survey with the Young Creative Council, Creative Equals discovered 88% of young female creatives say they have zero role models to follow. So, give senior females time to speak, judge and write for the press. All award shows need to aim for a 50/50 jury split. Many senior creatives, like Susan Credle, global chief creative officer of FCB Inferno, now refuse to sit on juries with less than this.

These are just the start of a comprehensive frameworks developed by Creative Equal, the gender equality kitemark of the creative industry. This initiative aims to create gender-balanced departments at all levels, partnering with Wacl, the IPA, D&AD, Creative Circle, Cannes Lions, The Girlhood, Creative Social, SheSays and more. The industry’s most respected agencies — R/GA, DigitasLBi, Grey London, Wunderman, Mr President and AnalogFolk — are behind the framework, fast gaining momentum.

For more, see 32 things to start today at creativeequals.org.

Ali Hanan is the founder of Creative Equals.

Who, exactly, in the minority ad community can afford to speak up about racism the way white women can about sexism? There's no mass amount of us in the upper levels so that when we speak up and get blacklisted there's plenty more to take our place.

On the one hand I'm glad to see that after so many years of diversity bullshit (hiring VPs of Diversity and having Diversity Awards Shows instead of actual accomplishments) we're having a discussion about SOMETHING, even if it's gender.

On the other hand, we are DECADES. D-E-C-A-D-E-S away now from addressing racial diversity. I'm seeing white women write articles and editorials and podcasts left and right this month, and they're touting their own agencies' deep diversity AND THE VAST MAJORITY OF THE "MINORITIES" THEY ARE POINTING OUT ARE FOREIGN HIRES.

They are so blind, the AGENCY WORLD is so blind, that they truly think hiring a dozen people from Malaysia or four British ethnic (Black, Asian) creatives or Spanish ones or South American ones should get them a pat on the back for advancing opportunities for minorities in America.

How exactly do you even begin to unravel that? It's not going to happen overnight if it hasn't happened since the 1950s, 60s, 70s when we in the ethnic communities first started speaking up.

It's going to take all these white women getting their 50%/50% blend at agencies nationwide, from the lowest intern positions up to the CEO positions, before they even BEGIN thinking about anyone other than white women.

You can already see on AdWeek how the conversation about diversity has now shifting to old people and ageism in agencies, and we already know that crowd is even more white than this generation's tragic numbers in the advertising industry. So, more white people lined up to benefit from diversity discussions behind the white women already lined up and benefiting.

Minorities in advertising can't speak up the way white women are because we are spread so thin in the first place. You blackball one black female Executive Creative Director for instance, numbers drop 20% nationally! And we already know that if black male CDs speak up, we never hear from them again and they mysteriously have issues freelancing or getting rehired.

I am sick to my stomach.

Maya Angelou's words on an ad for an institution that preys on Black students and saddles them with a lifetime of money.

Yet again, an ad agency hiring foreign Brazilians instead of anyone Black led to this. They get to claim "diversity" and the credits are a list of nobody AA.

Hey. Ali Hanan here. Totally hear you. I count people walking across the stage at awards ceremonies on gender (since this is what I have experienced) and ethnicity (I know this is massive and way worse than gender). There is an awesome organisation called 'Stripes' setting up (MD of AnalogFolk, Ete Davis) to tackle this and we're working super closely, looking to apply the frameworks across the board. Creative Equals is gender + ethnic diversity because I can count the women I know from ethnically diverse backgrounds in senior positions on one hand. Ethnicity is embedded in our mandate. So, thanks for writing this. Words are power. Get behind Stripes and us and be the change you want to see. We want to create real ACTIONS for change.

1) Have broad diversity statements on agency websites and annual reports ("We are fully committed to diversity!") without actually doing anything you can pin down or track.

2) Hire a VP of Diversity or outside part-time Executive Diversity Consultant but don't give them any real budget, hiring authority or place at the table. Make sure they're in all PR photos and pitch decks to clients, though.

3) Sponsor MAIP interns but hire friends', clients' and colleagues' kids instead at the end of their term.

4) Sponsor inner city training schemes for kids that can't be hired inside agencies for another 10 or 15 years in lieu of hiring any minorities right now. In other words, STALL FOR TIME.

5) Sponsor dozens upon dozens of H1-B and 0-1 visas for people from overseas, then hold THEM up as proof of how diverse your agency/holding company is. Ignore American minorities and pretend that a foreign heiress Creative Director or Oxford-educated BAME candidate is precisely equivalent to hiring an African-American or Pacific Islander in America.

6) Earn a legacy of only sending interns, recent low-level hires or nobody at all to diversity job fairs, mixers, conferences and matchmaking events. Sometimes leave generic business cards on the table at these events, especially with no contact info other than "diversity@ouragency.com" on them, then complain that you can never find minority candidates for any job opportunities.