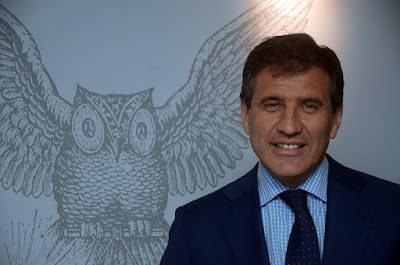 Advertising Age reported WPP lawyers flip-flopped on their position regarding a video depicting former JWT Worldwide Chairman and CEO Gustavo Martinez allegedly making inappropriate comments during a company meeting. The WPP legal team wrote, “In light of the Declarations from women, minorities and others in the room that show that the comments on the Video were, in context, not offensive, the Video actually demonstrates the misleading nature of the allegations in the Amended Complaint.” Sorry, but affidavits from culturally clueless White advertising executives and one minority do not make Martinez’s monologue acceptable. Hell, why not ask the Ku Klux Klan to weigh in too? There’s really not much difference between the average Klansman and the average Mad Man.

For all the arguing that WPP has done over the last few weeks to keep an allegedly damning video under wraps, it’s now changing its mind.

In a filing Monday morning, WPP lawyers said they’re happy to see the video in evidence in Erin Johnson’s lawsuit against J. Walter Thompson and former agency chairman-CEO Gustavo Martinez, as long as other employees’ faces are obscured.

Ms. Johnson, chief communications officer at JWT, said in her original March 10 lawsuit that Mr. Martinez made multiple racist and sexist comments during his tenure, some of which were captured on video. Her lawyers sought to submit the video, of a company meeting in a Miami hotel, via an amended lawsuit on March 14.

After a judge ordered Ms. Johnson’s camp to send the video to the court and to JWT for review, lawyers for JWT and WPP filed a motion for a protective order to seal the video. They also filed a joint affidavit from several JWT employees, including New York President Lynn Power and Chief Creative Officer Matt Eastwood, saying Mr. Martinez’s comments at the meeting were not offensive.

Today WPP’s attorneys said Ms. Johnson had addressed their initial concern, that the recording contained proprietary information about the agency’s internal work processes, by agreeing to exclude that part of the meeting. Their later effort to seal the video reflected only the desire to protect employees’ privacy, they said.

“In light of the Declarations from women, minorities and others in the room that show that the comments on the Video were, in context, not offensive, the Video actually demonstrates the misleading nature of the allegations in the Amended Complaint,” the WPP team wrote. “Accordingly, if the Court orders that Plaintiff edit out the faces of the people in the Video (other than Martinez), Defendants have no objection to the filing of the Video since they have argued from the outset that the words Martinez spoke on the Video are already in the Amended Complaint and they did not create a hostile work environment.”

Attorneys for Ms. Johnson did not immediately respond to a request for comment on Monday.

In their affidavit, the JWT employees said Mr. Martinez had made remarks that they would not have, but was only trying to lighten the mood on the morning after an allegedly rowdy party. “Given the content of the highly unusual events occurring at the hotel in the night before the meetings, combined with Gustavo’s lack of command of the English language and the fact that he was making a joke about himself, we did not find the comments he made offensive,” they said.

According to the original lawsuit, “The previous night, there had been a large party at the hotel’s night club attended by mostly African-American guests. At the start of his presentation, Martinez described the hotel as ‘tricky.’ He explained that he ‘found … different and strange characters in the elevator.’ He further explained, ‘I was thinking I was going to be raped at the elevator,’ but ‘not in a nice way.’”

They're hedging their bets. The video's going to get released regardless, they're just trying to protect the rest of their accounts and business.

Because once the public sees that room full of JWT and WPP execs sitting there and not reacting to rape and race jokes, it's bye bye major clients.

Worse, I'm wondering if there were any CLIENTS in that room.

Either way it's damn difficult to say (as an agency or a brand) that you're supporting diversity in public, but get caught with your pants down like that, doing nothing in the face of actual jaw dropping sexism.

What I'd like to see is Erin say no deal. The video gets released with all faces shown, or gets leaked straight to the press as is. I'd like to know who's in that room, it's pretty likely those people (if they did sit there and do nothing) are the reason we have so many diversity problems in the industry to start with.

Here's a question. If the Black videographer in the room is the one standing up in public to say that Gustavo Martinez's jokes about race and rape didn't offend him at all, why doesn't he know how to control a camera or use the focus button?

That's some seriously bad filming, if he's the one behind the camera. That makes his role in all of this shaky (no pun intended).

I'm picturing a guy at the bottom end of the agency who can't really be hired elsewhere because he's not good at what he does, saying anything possible to hold onto his job. Even throwing women and people of color who have felt sexism and racism under the bus, just to save his own.