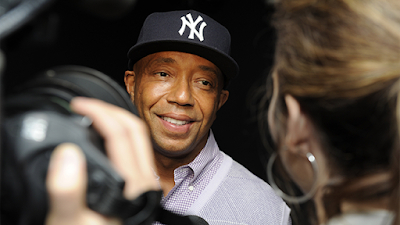 This week, hip-hop impresario and Adweek Brand Visionary Russell Simmons launched an in-house creative agency to help brands appeal to young audiences in a new way. The new agency, ADHD, will serve as an in-house creative unit of All Def Digital (ADD), Simmons’ web video platform and media company which manages a unit of social video stars, writers, actors and hip hop artists and has 1.4 million subscribers on YouTube.

Both entities’ acronyms are a nod to younger generations’ shorter attention spans, Simmons told Adweek. “The idea was, if you don’t have ADD, you’re not paying attention,” he said.

The goal of ADHD is to appeal to the increasingly diverse hip-hop audience, which so far has been misunderstood by brands and by Hollywood, Simmons said.

“No one really understands this audience. It’s multiracial, but singularly cultural. It started out 95 percent black, and now it’s 45 percent non-black, and that’s going to keep growing,” he said. “The audience we speak to is overlooked and underserved. A lot of the content Hollywood creates doesn’t serve this audience. We want to help brands frame their messaging in an honest way.”

Hip-hop is increasingly visible in mainstream culture, and brands need to recognize that, said ADD CEO Sanjay Sharma. “Last year, the three biggest media properties in America were Straight Outta Compton in movies, Empire on TV, and Hamilton on Broadway. We know that hip-hop is permeating American and global pop culture, through music, fashion and art, and language,” he said. “We’re connecting brands through authentic, immersive content experiences and helping them reach this audience in a way that a lot of traditional media outlets don’t do.”

ADD works with Samsung, Chevrolet and Nissan, as well as movie studios, and through ADHD, it plans to broaden its scope and offer brands work that’s similar to its YouTube campaigns for the releases of The Boss, Krampus and Barbershop 3, and Vine campaigns for Jurassic World and The Martian.

ADHD will be led by R/GA managing director Josh Mandel, who joined R/GA in 2013 after working at 72andSunny. “We feel like brands haven’t yet recognized the reality of hip-hop as the thread that unites this younger, multicultural audience,” Mandel said. “So many fans of hip-hop are white. Urban isn’t just a racial identity, it’s a cultural identity, and it’s three trillion dollars of buying power, and nobody’s thinking of the market in this way.”

The new agency will help advertisers crack the code in appealing to this audience through genuine content, Simmons said. “There’s a psychology associated with hip-hop culture that’s very brand-friendly. They’re the best brand building community in the world, and they’re also the hardest to reach. They have the best bullshit meter. You can’t patronize them. If brands don’t look honest to them, they’ll tear them down.”

At least there's a Black owner behind this. Gotta have hope.

What I hope for is it ends this increasing Total Market practice (supposedly) where an agency creates a regular old campaign for white people but add hip-hop beats to the song, film a few more black people to the edit and/or a Black voiceover for the radio spots and TAH DAH!

Meanwhile behind the scenes it's all white, all the time, nobody black touching the ad work except to ask "Can I see your ID before you go up to the agency suite, sir? Thank you and please sign here."